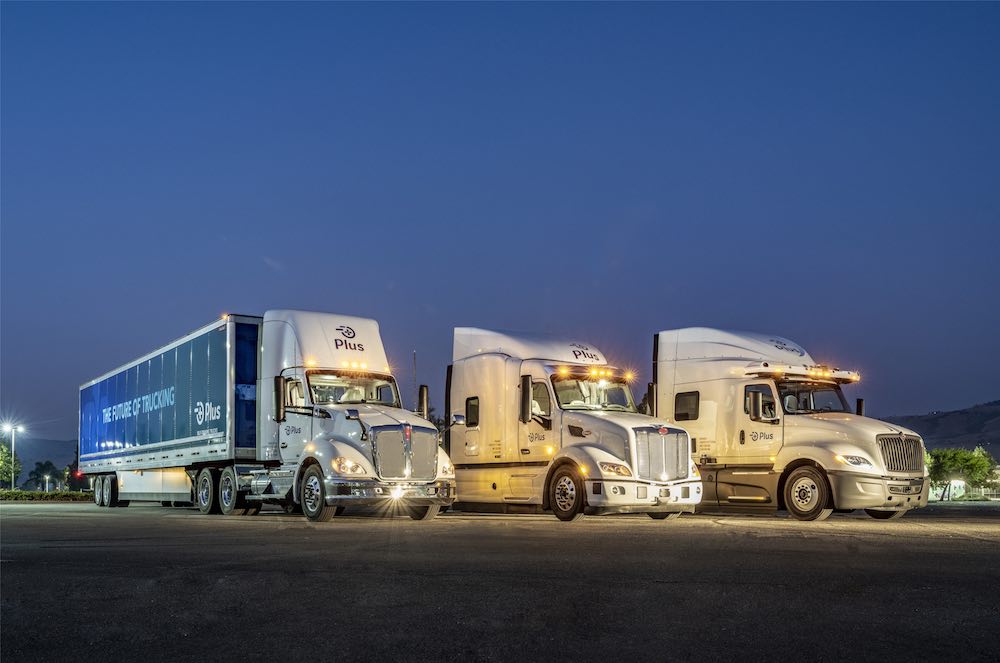 The truck, which the two companies tout as the first of its kind, will be equipped with Plus’s PlusDrive automated driving system that uses artificial intelligence-enabled fuel optimization algorithms to achieve better fuel efficiency, according to a Tuesday statement from the company, which splits its operations between the U.S., China and Europe.

As part of the deal, Cummins will provide the truck’s compressed natural gas engine. Cummins said that the engine would be able to reduce smog-forming emissions by 90% compared with U.S. Environmental Protection Agency standards for nitrogen oxide pollutants.

Deployment of the truck is expected to begin in 2022, according to the statement.

Plus, which was cofounded by a group of serial entrepreneurs and industry veterans in Silicon Valley in 2016, said that it will start mass production of the PlusDrive system this summer. Chinese package delivery giant SF Express has selected the PlusDrive system to power a fleet of autonomous trucks being deployed in its autonomous freight pilot program in China.

Compared with passenger cars, trucks are viewed by some experts as low-hanging fruit in the push for the commercialization of self-driving vehicles, because they tend to operate in relatively predictable conditions such as on highways.

Related: Plus Accelerates Uptake of its Autonomous Truck Tech with Italian IVECO Deal