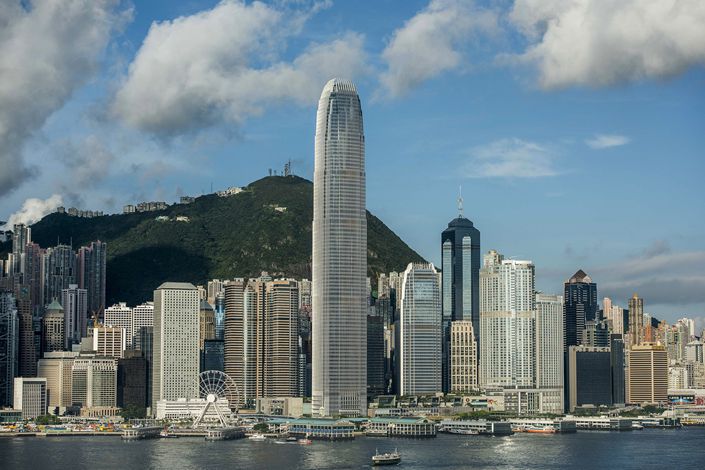 Hong Kong has endured its most economically challenging two-year stretch in its history, posting unprecedented back-to-back annual contractions in 2019 and 2020. Photo: VCG

(Bloomberg) — Hong Kong’s economy posted its fastest growth in more than a decade in the first quarter, though the recovery is an uneven one led mainly by exports and held back by weak consumer spending and a slow vaccine rollout.

After declining for a record six quarters, gross domestic product (GDP) surged 7.8% from a year earlier, advance data showed Monday, beating all estimates in a Bloomberg survey of economists. The figures were partly distorted by the low base a year ago when the economy was in lockdown, but the quarter-on-quarter expansion, a better reflection of growth momentum, also outperformed.

The latest data show an export sector that’s booming but consumption that remains subdued. The city’s hotels and retail shops are reliant on tourism spending, especially from visitors from the Chinese mainland, and border closures have hurt those sectors. Low vaccination rates are hindering the city’s ability to reopen and fully rebound from the pandemic.

Hong Kong has endured its most economically challenging two-year stretch in its history, posting unprecedented back-to-back annual contractions in 2019 and 2020 as the city grappled with waves of political unrest, fallout from the deteriorating U.S.-China relationship, and the Covid-19 pandemic.

The economy has recently showed signs of stronger recovery. Exports surged above HK$400 billion ($51.5 billion) for the first time ever in March while unemployment dropped the most since 2003 in the month, easing back from a 17-year high. Retail sales by value jumped 30% in February, the first increase in that measure since January 2019.

The government will announce revised figures for the first quarter as well as its latest projections for full-year growth on May 14. Financial Secretary Paul Chan has previously estimated the economy will expand 3.5% to 5.5% in 2021, but that’s likely to be revised higher now, given the strong first-quarter growth.

Citigroup Inc. raised its full-year growth forecast by 2 percentage points to 6%, while Goldman Sachs Group Inc. economists upgraded theirs to 9.2% from 4.6%.

Still, economic activity remains below pre-recession levels as the pandemic and social distancing measures continue to weigh on consumer spending and tourism, the government said in its report Monday. While export demand is set to remain strong, “the revival of tourism-related activities will likely be slow in view of the still austere pandemic situation in many places around the world,” it said.