Blog: Condensed Movies That Let You Skip the Cinema Are Clearly Illegal 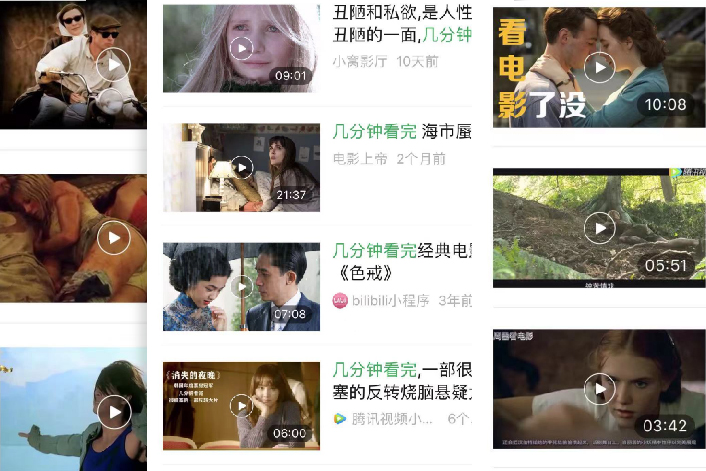 Short videos that let you “watch a movie in minutes” have become popular in China in recent years.

Viewers can take in a film’s most important plot points, scenery, and characters in just a few minutes (usually less than 15). While they save viewers’ time, film companies are naturally unhappy to see their work chopped down. Crucially, many people will not pay to watch the originals after seeing the condensed versions.

On April 9, five Chinese video platforms, 53 film and television companies and 15 film and television industry associations issued a joint statement on copyright protection, indicating that they would take legal action to curb the unauthorized editing, cutting, cross-platform posting and distribution of film and television works by operators of social media accounts.

Their statement, however, is rather vague. Precisely which rights are being infringed upon by these condensed films? What is the legal status of a condensed film? Is there any way to fairly use an original film? How can rights be protected?

In my view, the shortened films can be considered secondary creations that infringe upon the copyright of the original work. Specifically, it’s the “right of adaptation” and “the right of communication through the information network” that fall outside of fair use. A condensed film is a shorter form of the original in its entire form, with the addition of narration and commentary. Because anyone can make their own edits and narrations, a condensed film can be seen as a secondary creation, which are inherently violations.

Condensed films do not conform to the doctrine of “fair use.” It is stipulated in Article 24 of China’s Copyright Law that “a work may be exploited without the permission from, and without payment of remuneration to, the copyright owner, provided that the name of the author and the title of the work are mentioned, and it must not impact the normal use of that work, and also must not unreasonably harm the copyright owner’s lawful rights and interests: (1) Using others’ published works for personal study, research or appreciation.”

In practice, condensed films have long been commercialized; although there is no direct charge to view them, there are commercial effects through advertising and the direction of traffic. Condensed films also have a noticeable effect on the operations of the original films; when more people watch abridged versions, fewer people go to cinemas.

AmoGood, an internet celebrity from Taiwan, was sued for copyright infringement over short videos he produced using scenes from films. The case was settled civilly and the claimant received compensation, after which the criminal charges were withdrawn.

Although the case was settled, it did nothing to change or clarify the law, which still contains defects.

Without an official ruling on this case, there’s nothing to keep more cases from coming up. If the case had occurred on the Chinese mainland, there could still be charges filed for infringing Article 217 of the Criminal Law.

To put it simply, in the age of intellectual property, the use of other people’s materials without authorization is subject to legal sanctions. The fact that audiences like condensed films shows that there is a market there, but audience approval does not equate to legality. I suggest that condensed-film makers obtain the authorization of the original film before performing edits and cuts, and that profits be shared with the owner of the film’s copyright.