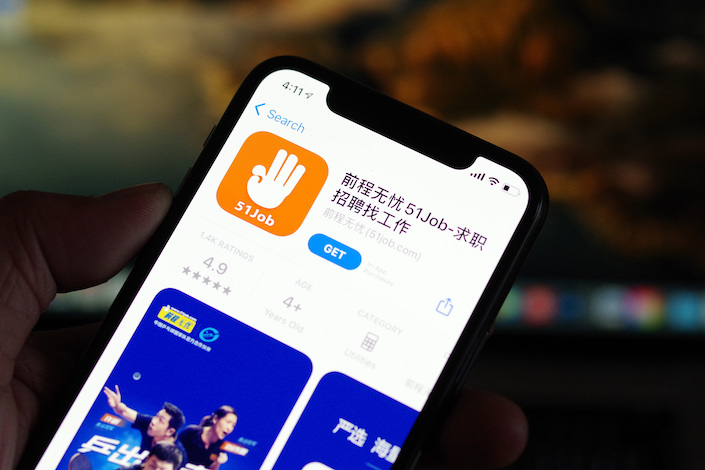 (Bloomberg) — Recruitment site 51job Inc. received an updated buyout proposal from a consortium led by DCP Capital in what could be one of the largest takeovers of a U.S.-listed Chinese company this year.

The Beijing-based buyout company in September made a nonbinding cash offer of $79.05 per common share for all of the company’s outstanding shares, valuing 51job at about $5.3 billion. The company formed a special committee to evaluate and consider the offer as well as other potential strategic alternatives.

The committee will continue to evaluate the proposal in light of the latest development, the company said. No decisions have been made regarding the proposal or any alternative strategic option, they said.

The American depositary shares of 51job jumped as much as 22% in pre-market trading Tuesday, hitting as much as $75.

Founded in 1998, 51job provides human resources services in China. It offers recruitment, employee retention and other personnel-related assistance. Its biggest shareholder is Japan’s Recruit Holdings Co., while Yan owns a significant minority stake in the company.

The company has expanded over the years both organically and via acquisitions including Yingjiesheng.com in 2015.

DCP Capital is led by former KKR & Co. and Morgan Stanley private equity dealmakers, according to its website. Ocean Link, which focuses on China’s consumer, travel and telecommunications, media and technology sectors, was part of an investor group that agreed to take 58.com Inc. private last year in a deal valuing China’s biggest online classifieds business at about $8.7 billion.