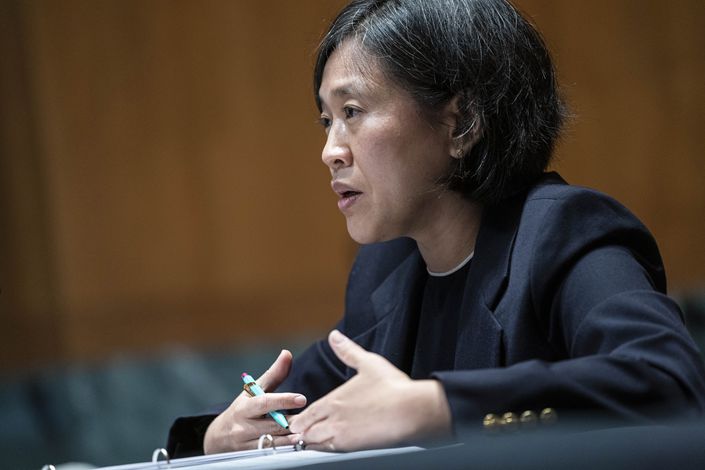 (Bloomberg) — U.S. President Joe Biden’s chief trade negotiator pledged to build off the deal with China reached under Donald Trump and said that tariff removal will depend on the outcome of upcoming conversations with her counterparts.

The Biden administration respects the continuity of the so-called phase-one agreement, U.S. Trade Representative Katherine Tai said in a Financial Times online event on Wednesday. Tai said that she hasn’t yet engaged with China’s top trade negotiators including Liu He, who led talks with the Trump administration, but expects to do so in the near term.

The U.S. can’t shy away from being tough on China, but must be fair, Tai said. The relationship between the nations is likely to be a mix of competition, cooperation and confrontation, with the U.S. looking to work collaboratively with Beijing on climate issues, Tai said.

The phase-one pact “is the agreement that we have, the agreement that we will work from and we will build from, and I respect the continuity of U.S. policy,” Tai said. “I’m very much looking forward to formally engaging my Chinese counterparts, in assessing their performance and hearing what they have to say.”

Tai has repeatedly said that China needs to deliver on the promises made under the trade deal reached under Trump at the start of 2020.

In that agreement, Beijing pledged to combat Chinese companies’ theft of American intellectual property and to do more to enforce IP rights in the country. China also promised to purchase more American products but missed its 2020 trade-deal targets as the global pandemic disrupted shipping and supply chains.

While the deal acted as a cease-fire in any escalation of the trade war between the two countries, tariffs remain in place on about $335 billion of Chinese goods annually.

Tai avoided providing a timeline for a U.S. decision on whether to support a waiver on vaccine intellectual property protections at the World Trade Organization, but said that time is of the essence in dealing with the global pandemic.

Among other comments, Tai said that U.S. trade policy with Taiwan must be coordinated with other policy areas. She also said that she’s encouraged by talks with the European Union on resolving a longstanding transatlantic dispute over illegal aid to aircraft makers Boeing Co. and Airbus SE after the sides suspended tariffs for four months through early July.