Opinion: How to Get Asian Consumers Buying Again Post-Pandemic 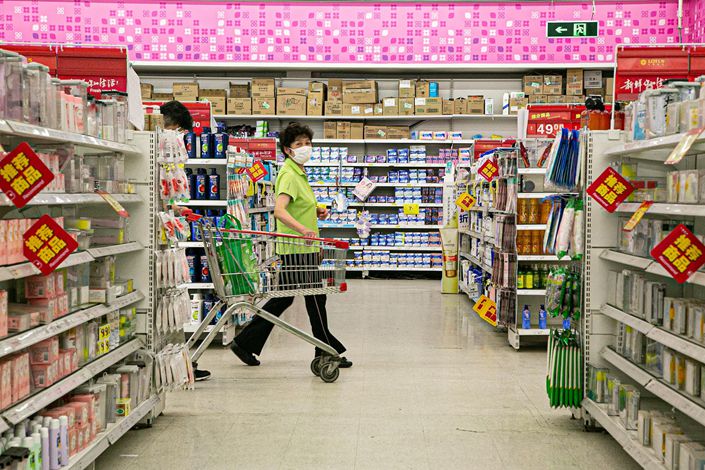 Retail sales are soaring in the United States as the vaccine roll-out speeds along. This is raising hopes that Asia, too, could see a jolt in household spending once Covid-19 has been brought under control. But there’s a crucial difference: there are no chunky stimulus checks in the mail, nor frankly much in the way of social protections even after years of attempting to expand these. That means consumer spending will be slower to recover, with implications for economic growth more broadly.

Just look at China. Its economy has been mostly free of major social distancing restrictions for the past year. And yet, consumer spending has improved only gradually, with impressive headline GDP growth largely supported by investment and exports. Other parts of Asia are likely to follow the example of China, rather than the U.S., with household spending slow out of the gate. That sets most of the region up for an altogether more brittle recovery: outside of the Chinese mainland, investment and exports are likely to provide less fuel, leaving economies even more dependent on a strong recovery in consumption.

One particular feature of the pandemic has been the jump in household savings. In both East and West, many consumers, especially the more fortunate ones, have put money aside, with few opportunities to spend outside the home. In the U.S., for example, consumers have by one estimate accumulated up to 12% of GDP in extra savings. In Asia, the numbers are lower, but substantial nonetheless: around 10% in Japan, 8% in South Korea, and possibly around 5% in China and elsewhere. This, the thinking goes, will add an additional kick to the recovery: unlike the aftermath of previous recessions, this time households enjoy far more spending power.

There are signs, however, that Asian consumers may remain a lot more cautious than their peers in the West. Consider what drove the rise in savings in the first place. In developed economies, generous government support programs — in the form of outright cash transfers, or increased employment and social insurance payments — topped up household incomes. Elsewhere, notably in China, but also other parts of emerging Asia, from India to Southeast Asia, handouts were far less substantial, if present at all. Here the rise in savings was driven more by necessity and caution: to protect against potential economic hardship amid the pandemic.

Not only, then, are excess savings higher in the U.S., but to a large extent these reflect windfall gains: checks from the government. As confidence returns, and daily life is freed from the clutches of the virus, the decision to spend at least a good part of those extra savings should come easily. By contrast, in many parts of Asia, after a year of sacrifice, consumers are likely to be more reluctant to spend their hard-earned nest egg.

In the meantime, while saving rates, the difference between income and spending, have gone up nearly everywhere, U.S. consumers have also participated much more broadly in the extraordinary boom in financial markets. This has further pushed up their wealth: the value of their existing savings from prior years. In Asia, by contrast, a much smaller share of the population has direct exposure to equity and bond markets. In fact, soaring luxury sales in the region, from the duty-free malls of Hainan to the online marketplaces in Korea, provide an altogether misleading picture: only a sliver of local populations indulges in such discretionary spending amid the deep uncertainties and hardships felt by many.

This is not to say that every American benefited, nor that Asians failed to see any gains: but in the region’s less developed economies, and in China, too, a far bigger share of savings is stashed in banks, with a smaller share than in the U.S. generally seeing a direct benefit from soaring capital markets.

All this points to a slower recovery in Asia: consumer spending makes up the biggest slice of expenditure in any economy. And China’s all too gradual recovery in household spending over the past year suggests that a similar pattern may hold among its neighbors. However, many do not have as deep fiscal pockets as China has to super-charge public investment to the same degree, nor does every economy enjoy the same competitiveness of its goods in international markets.

What, then, can governments do? A quick fix is not at hand. But with some policy adjustments, Asian savers may be encouraged to spend a little more freely, in the process aiding the recovery. First, greater social protections are needed. On average, payments on healthcare, pensions, and other social causes, often including public education, are lower in emerging Asia than in other developing economies.

That means households have to rely more on their own savings to deal with adversity and hardship, engendering an inherent conservatism in their financial decisions — a commendable trait, to be sure, but one hindering a swift recovery if too deeply ingrained. Even if money is not readily available to be spent this year on specific programs, a greater commitment to improving social security systems over time would help to provide confidence and loosen purse strings.

Second, greater financial inclusion is needed. And while this is often mentioned in the context of providing access to bank accounts for deprived communities, the goal should be broadened: to provide Asian savers with better access to capital markets, whether directly or indirectly, so that more may gain access to the returns now enjoyed by relatively few. This is not to say every household should trade stocks in their free time, but it means that consumers should have affordable and ready access to professionally managed financial products that offer better returns over time and guard against risks.

It’s misplaced to expect growth to snap back automatically once the virus is contained. As impressive as the numbers already appear in the U.S., this is the wrong template to use for Asia. China, for one, shows that households may remain cautious for quite some time. What better opportunity, then, to expand social protections and financial inclusion to nudge the recovery along?

Frederic Neumann is co-head of Asian economics research at HSBC.