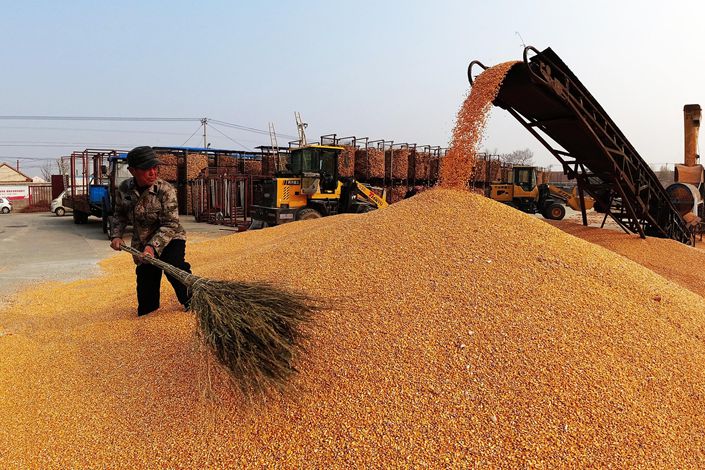 (Bloomberg) — As skyrocketing crop prices fuel fears about soaring food costs and hunger around the globe, one of the world’s most consumed staples is bucking the trend and warding off a broader food crisis at least for now.

Rice is the predominant source of nourishment each day for more than 3 billion people, and yet it hasn’t rallied anything like other agricultural commodities from corn to soy and meat. While prices are above levels a year earlier, they’ve declined in recent months in some of the top exporters including Vietnam, Thailand and India on improved supplies from new harvests.

One reason for the diverging trend is that rice is grown mainly for human consumption, whereas the surge in crop prices has been driven by booming demand for livestock feed. China’s insatiable appetite for hog feed has combined with poor crop weather to drain world grain and oilseed supplies, sending corn and soybeans to the highest level in more than eight years.

Wheat — mostly used to make food including bread, pasta, noodles, cereal bars and biscuits — has risen too as it’s increasingly fed to animals as a substitute for expensive corn and soy. Prices have jumped more than 40% since August, compared with about 120% for corn and over 70% for soy. While rice futures in Chicago climbed 24%, the Asian benchmark for Thai white rice gained just 4%.

Stable rice prices could stop food inflation from becoming a more widespread problem. Global food prices are already at their highest since 2014, triggering warnings from the World Bank and United Nations about rising food insecurity and stirring memories of 2008 and 2011, when price spikes led to food riots in more than 30 nations across Africa, Asia and the Middle East, and contributed to political strife and uprisings in the Arab Spring.

This time, the impact of soaring crop prices on grocery shelves can already be seen in higher tortilla prices in Mexico and beef in Brazil. In the U.S., it’s more expensive bacon and other meat cuts due to higher feed costs. Asia is generally more insulated as wheat is usually less of a diet staple than rice.

“The fact that rice prices are stable is pretty good news for global food security,” said David Dawe, a Bangkok-based senior economist at the UN Food and Agriculture Organization. “You’ve got a lot more poor people in Asia, where rice is a staple food.”

There’s little risk for now that rice will get caught up in the rally. Unlike corn, soy and even wheat which face tightening supplies because of dry weather in important growing regions, including in the U.S. and Brazil, there’s no global shortage of rice. The weather pattern known as La Nina that contributed to drought in the Americas has instead brought rains to much of Asia, where over 90% of the world’s rice is produced and consumed.

India, the world’s biggest supplier, has harvested record amounts of rice for the past few years and has been shipping them at low prices. “Even if sales from Vietnam and Thailand dropped, rice prices won’t be going up much because there’s plenty of supply from India,” said Chookiat Ophaswongse, honorary president of the Thai Rice Exporters Association.

Production from Thailand, which was the No. 2 exporter before slipping in the ranking last year as a drought slashed output, will probably benefit from higher rainfall this year, according to Chookiat. Rice prices could climb should there be “surprise demand,” but gains will be capped by large stockpiles in China as well as India’s ability to keep on exporting, he said.

In China, the government has built up massive inventories of wheat and rice that could feed its entire population of 1.4 billion people for a year. It’s even urged animal feed mills to buy both the grains from state reserves to replace corn and soybean meal to curb the country’s dependence on foreign supplies.

However, food security isn’t just about staple food crops and consuming sufficient calories. For the poor, it’s about having access to adequate amounts of protein, micronutrients and vitamins. This has been made difficult because of the spikes in corn and soy, which pushed up meat prices.

“The higher maize prices will put price pressure on pork and poultry and that will make it more difficult for poor families to afford that in their diet,” Dawe said. “They’ll be OK on the rice but they won’t be so good on the meat, and that can have an impact on the nutrition of young children.”