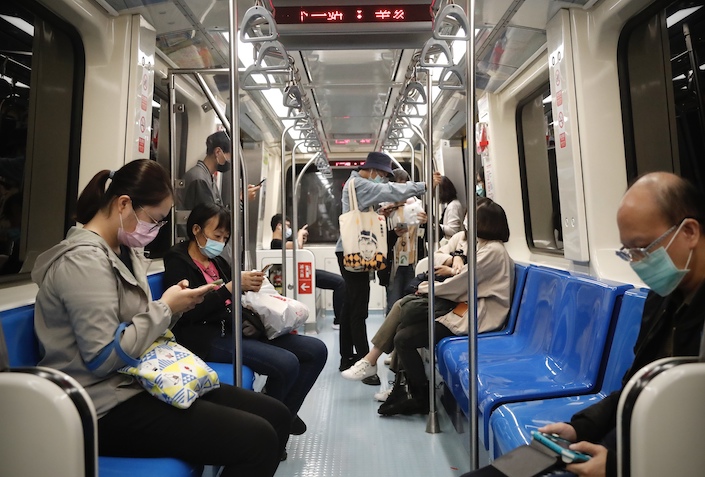 In Taiwan, indoor gatherings will be limited to fewer than 100 and outdoor events to 500 for the next four weeks

(Bloomberg) — Taiwan and Singapore are reimposing pandemic restrictions as the return of a small number of virus cases challenges some of the world’s most successful places at containing and snuffing out Covid-19.

In Taiwan, indoor gatherings will be limited to fewer than 100 and outdoor events to 500 for the next four weeks, Taiwan’s Centers for Disease Control said Tuesday in a statement. It’s the first time the island has tightened anti-Covid measures since it began easing curbs in the middle of last year. The government reported seven new cases in the community and four in travelers from overseas.

Singapore is also tightening restrictions amid a sudden recurrence of local infections, limiting social gatherings and upping border curbs. The city-state was rated the best place to be in the coronavirus era by Bloomberg’s Covid Resilience Ranking.

Lawrence Wong, the co-chair of Singapore’s virus task force, said Tuesday that companies looking to bring in foreign workers from higher-risk nations could face delays of more than six months because of the heightened vigilance. The country has also begun testing all hospital staff in an attempt to fence off infections after a cluster of cases emerged at a medical center.

Singapore and Taiwan are among the handful of places in the world that virtually eliminated Covid domestically, along with Australia, New Zealand and China. The return to tighter curbs risks disrupting months of largely normal social activity in Taiwan and Singapore.

While having a zero tolerance approach to infections has meant very few deaths in these places, they’re now lagging behind countries like the U.S. and Israel in vaccinations, which could put them at a disadvantage as parts of the world start to open up to international travel.

After an initial outbreak of cases very early in the pandemic, Taiwan managed to basically keep the virus out, even going more than eight months without a single domestic infection between April and December. The island has had just over 1,200 cases and 12 deaths since Covid-19 first emerged.

In recent weeks, health authorities in Taiwan have been battling a steady rise in infections centered on a hotel used to quarantine pilots for local carrier China Airlines returning from overseas. Investors showed their concern by selling Taiwanese shares, with the benchmark Taiex index falling almost 3.8% Tuesday, the biggest decline among Asian markets. The Taiwan dollar weakened by the most since March 26.

Elsewhere in Asia, cases are also reappearing. India is now the epicenter of the global crisis, recording more than 329,000 new cases Tuesday. Malaysia is tightening curbs on people’s movements across the country after daily cases exceeded 3,000 this month for the first time since February.

The detection of a case with Indian Covid-19 variant added to the risk, and Malaysia is struggling with the pace of vaccinations. Less than 3% of the population completed vaccination series as of May 9, data compiled by Bloomberg show. That tally trails Indonesia and Singapore and puts Malaysia at risk of falling short of its vaccination target for the year.

The absence of widespread infections and an export-driven economy meant Taiwan avoided the impact of the pandemic experienced in most of the rest of the world. The economy grew 3.1% last year, driven by a surge in demand for Taiwan’s computer chips but also supported by a rebound in consumer spending. The government has hinted in recent weeks it may raise its 2021 gross domestic product forecast to above 5% from its current estimate of 4.6%.