Opinion: The Troubling Decline of Breastfeeding in Rural China 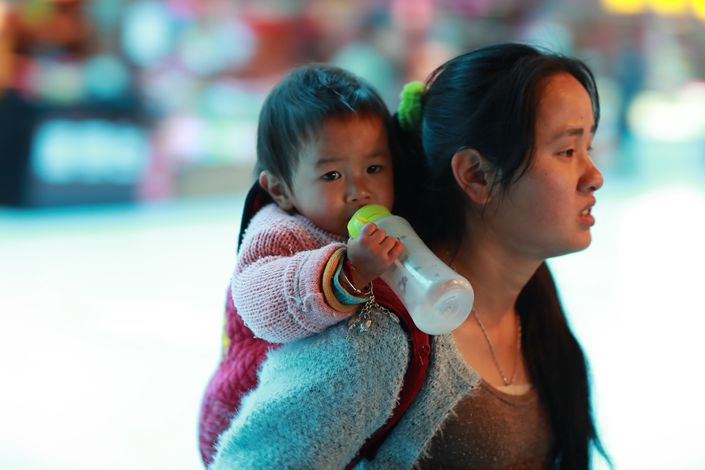 On May 10, an article appeared in the latest issue of Caixin Weekly entitled “Milk Powder Replacing Breast Milk in Rural China.” The article concludes a thorough investigation of the marketing behavior of milk powder brands targeting underdeveloped areas and rural households via public welfare programs. The investigation reveals the serious interference of milk powder in breastfeeding practices and suggests that China should rethink the means of its “national dairy poverty alleviation” effort.

Breastfeeding is an important indicator for guaranteeing a child’s survival, protection and development; it is also one of the most effective measures to ensure their healthy growth. Breast milk remains the best source of nutrition for infants and young children. It contains various antibodies that build up resistance to disease, thereby reducing the infant mortality rate. For mothers, breastfeeding is conducive to a lower risk of breast and ovarian cancers. Therefore, on a large scale, breastfeeding is of great significance to improving the health of people nationwide and maintaining sustainable social and economic development.

In the past, China’s rural areas maintained a relatively high rate of breastfeeding, not only because it is an instinctive human behavior, but because it is also the cheapest way for low-income households to provide their young children with nourishment. In recent years, however, the breastfeeding situation in rural China has gradually changed due to multiple factors.

First of all, many women are now compelled to return to work shortly after giving birth in order to earn more income and ultimately lead a better life. This makes it impossible for them to regularly breastfeed their children. During our survey of selected rural areas, we learned that some mothers had left home just a few days after giving birth and were unable to return for a long time afterward. Due to poor family conditions and limited knowledge of infant nutrition, grandparents tend to feed them rice cereal, which fails to offer nutrition sufficient to ensure their health.

Second, improper publicity and sales promotions for breast milk substitutes like infant milk powder have gradually spread from urban to rural areas. During our survey in the counties, towns and townships of Guizhou province, we found that some milk powder specialty stores (those exclusively selling milk powder) located near maternity and children’s hospitals or health centers would promote their products to rural parents by offering low prices, tie-in sales and free products. These tactics are not in line with the Administrative Measures for Marketing of Breast Milk Substitutes. Moreover, these specialty stores sell a large variety of milk powder brands. In the absence of regulation, the tragedy of “big-headed babies” (caused by tainted milk powder) could easily be repeated.

At the same time, there are a large number of milk powder advertisements featuring endorsements from social media celebrities and popular stars that reach a wide audience through both television and new media platforms. Almost all well-known celebrities have been spokespersons for milk powder products at some point. But many of these advertisements do not conform to the provisions on advertisements for breast milk substitutes (although China abolished the Administrative Measures for Marketing of Breast Milk Substitutes in 2017 and has not since issued a new policy, leading to a gap in legal supervision).

The China Development Research Foundation once searched for a celebrity to publicly promote the benefits of breastfeeding, but failed to find an appropriate spokesperson. The overwhelming marketing of milk powder products has greatly affected rural parents. On one hand, it has led them to believe that urban parents raise their children on milk powder, so once they have enough income, rural parents want to do so as well. On the other hand, many advertisements directly claim the superiority of milk powder, even exaggerating its efficacy, which misleads rural parents into thinking that milk powder is indeed superior to breast milk. Improper marketing and changes in the social atmosphere have provided milk powder producers with a loophole to produce nonstandard or even substandard products.

In the past year or two, we have noticed milk powder companies widely applying a new marketing approach in rural areas. The tactic entails charitable organizations cooperating with local governments and milk powder enterprises to carry out the “National Dairy Project.” Though it uses the names of the authorities and charities, this project’s actual intention is to promote breast milk substitutes in place of breastfeeding and spread knowledge about supplementary food for infants. Although the project has been questioned by local maternal and children’s healthcare institutions, as well as experts and scholars, its activities continue to steadily proliferate and expand.

Caixin reporters have investigated the issue across multiple aspects, with incisive analysis on specific cases. Survey findings reveal the plight of breastfeeding in rural areas and uncover the phenomenon of the “National Dairy Project,” which should be of particular concern to the relevant government departments. When it comes to children’s wellness, we must not allow commercial interests to disguise themselves as government-backed public welfare projects. Doing so will only undermine the healthy growth of rural children.