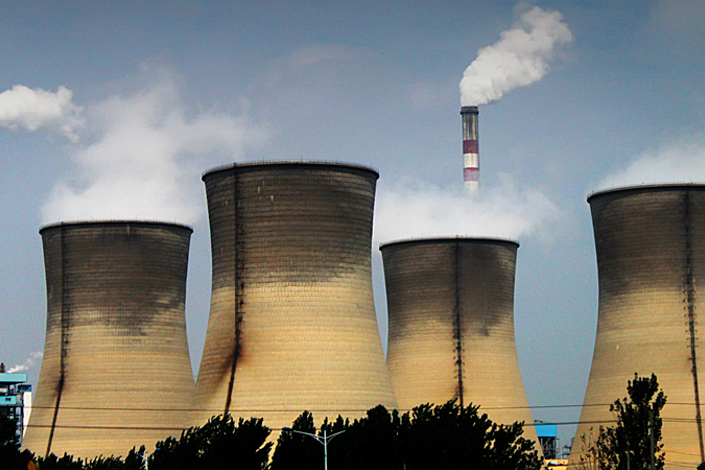 There is a general lack of scientific knowledge about carbon neutrality and opportunistic mindsets among CEOs and board members. Photo: VCG

In the less than eight months since the Chinese government pledged to achieve a carbon emission peak by 2030 and carbon neutrality by 2060, “carbon neutrality” has become the buzzword for Chinese companies.

From traditional high-carbon industries such as energy and steel, to emerging technology industries where energy consumption is increasing and carbon emissions are growing, companies are joining the “carbon neutrality” race, which is a key force to ensure that China achieves its climate targets. President Xi Jinping proposed at the Leaders Climate Summit to “support key industries and enterprises to take the lead in reaching the peak”, and it is believed that more enterprises will join this marathon of carbon neutrality.

However, praising the rapid response from businesses is not the whole story. We also see the general lack of scientific knowledge about carbon neutrality and the opportunistic mindsets existing among CEOs and board members. By scanning the current discussions on carbon neutrality in public, there are five major misconceptions among Chinese enterprises, which need to be treated with caution.

Misconception one: Empty talk about carbon neutrality without specific goals and timelines

Looking into the reasons behind this, state-owned enterprises in high carbon-emission industries are facing pressure to reduce their emissions and they are the primary targets for reductions. For internet companies, their growing energy consumption and carbon emissions are widely noticed by the outside world, forcing them to focus on the topic of carbon neutrality. A report by Greenpeace and North China Electric Power University shows that the total electricity consumption of China’s data centers was 160.9 billion kilowatt-hours in 2018, accounting for about 2% of China’s total social electricity consumption, and that total electricity consumption of China’s data centers is expected to grow by 66% by 2023, with carbon emissions reaching 163 million tons. At the same time, internet companies need to convey a progressive stance to the outside world to keep pace with the times. And they also need to deal with the huge compliance pressure under the background of antitrust regulations from the central government. “Riding” on carbon neutrality is undoubtedly in line with these trends.

In addition, the capital market also plays an important role in accelerating the pace. In the context of environmental, social and governance investment, listed companies are facing higher demands and expectations from investors for corporate climate action, and they need to release signals to address climate change with the times.

Misconception two: There is only a general target with no clear scope defining

The prerequisite of achieving carbon neutrality is to define the scope of carbon emissions first, that is, Scope 1, 2 and 3. Scope 1 refers to the direct emissions of the company, such as fuel combustion, company-owned vehicles, and other fugitive emissions, while Scope 2 is mainly the indirect emissions from purchased electricity, and Scope 3 includes a broader range of carbon emissions from purchased goods and services, upstream and downstream chains, the use of sold products, etc.

Misconception three: Over-reliance on carbon offset methods such as afforestation

Carbon removal and offsetting methods such as afforestation, mangrove restoration or increasing soil carbon stocks are often mentioned by companies as one of the ways to achieve carbon neutrality through nature-based solutions (NBS). For example, in their newly announced carbon neutral plans, both Ant Group and Apple mention using NBS to address the “parts that cannot be reduced.”

However, there are huge loopholes for companies to achieve carbon neutrality using NBS such as forest carbon sinks. Imagine that a company receives carbon offset credits by investing in forests or other NBS schemes, but a forest fire, drought or pest infestation can cause the carbon emissions that were accounted for in natural ecosystems such as forests and soils to be re-released. While companies receive the title of carbon neutral, global carbon emissions are not reduced as a result.

At the same time, the NBS program requires rigorous scientific validation, and the comprehensive effects of different programs vary significantly. From protecting undisturbed natural ecosystems, to restoring degraded ecosystems, to creating new artificially managed monocultures (e.g. single-species plantations), the degree of artificial intervention and support for biodiversity varies among programs, resulting in different degrees of biodiversity resilience, risk tolerance and local livelihoods. Nature-based solutions should not be used as justification for corporates’ predatory delay against the transition from fossil fuel towards clean energy.

Whether it addresses direct emissions reduction or goes with carbon offsetting is the yardstick to distinguish whether a company is truly committed to carbon neutrality or is “greenwashing.”

Responsible carbon neutrality requires companies to address the largest part of their emissions from burning fossil fuel and replace it with renewable energy. ChinData, the data center company mentioned above, will achieve reductions in its largest carbon emitting sectors (Scope 1 and Scope 2) through 100% renewable energy procurement, and Ford has made a commitment to begin addressing approximately 95% of its direct carbon emissions in Scope 1 through Scope 3, including achieving 100% zero carbon emissions from vehicles sold in its European region by 2030.

In contrast, some companies’ carbon reduction plans have been widely questioned for their over-reliance on carbon removal and offsetting. American Airlines mentions “using carbon removal to achieve 50% of its overall emissions reductions” in its carbon reduction plan, while International Airlines Group’s figure has even reached 90%. Shell also includes a significant carbon removal program in its announced net zero reduction plan, including “planting forests the size of Spain” as a means of carbon offsetting. Ironically, the amount of carbon offset credits available globally is actually very limited due to the limited area of forest plantations and land area. Shell alone, with its announced plan to plant 50 million hectares of forests, has probably used up one-tenth of the available credits worldwide.

For oil companies like Shell, moving toward carbon neutrality is more about reducing their fossil energy production and fundamentally shifting their business model to renewable energy production, rather than moving toward carbon offsets that are easier to achieve but do not lead to direct emissions reductions. In recent discussions on carbon neutrality in China, we have also seen oil companies repeatedly building “carbon neutral forests”, which are undoubtedly suspected of being “greenwashing.”

Misconception five: Carbon neutrality is not the end

Lastly, and often overlooked, carbon neutrality is far from the end of corporate climate action. For example, AstraZeneca, a global biopharmaceutical company, has announced that it will achieve negative carbon emissions across its entire industry chain by 2030, and Microsoft, which has already achieved its goal of 100% renewable energy, has further committed to achieving negative carbon emissions by 2030. Carbon neutrality refers to the amount of CO2 emissions being put into the atmosphere is the same as the amount of CO2 emissions removed from the atmosphere. There are actually no additional emission reductions. In the face of increased global climate crisis, carbon neutrality is far from the end of the line. Only by continuously reducing emissions, or even by achieving negative emissions, will we be able to ensure the early achievement of China’s climate commitment and achieve the climate goal of a global temperature rise of no more than 1.5 degrees Celsius.