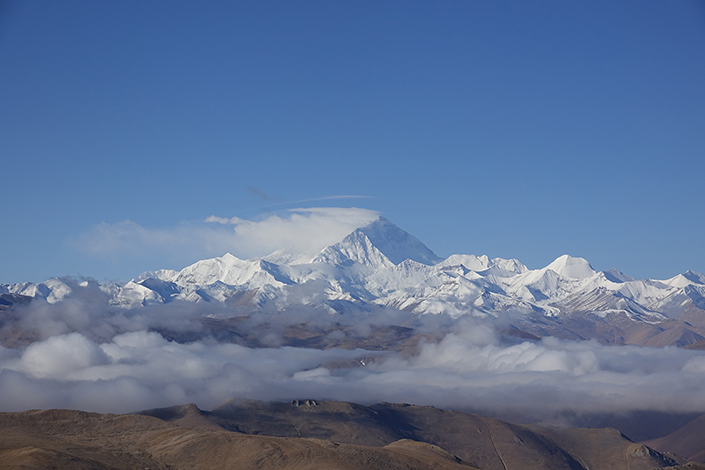 China’s sport authority has decided to suspend all expeditions up Mount Everest from the Tibet side in the 2021 spring season.

This came as a bolt from the blue.

That is to say, climbers who have undergone several years of strength and altitude training, and gathered at the foot of Everest for intense preparation more than a month ago, have had their ambitions frustrated.

This year, the Tibet Yala Xiangbo Mountaineering Adventure Co., subordinate to Himalaya Expedition Co., is the only licensed provider of expeditions from the Tibet side. A total of 21 Chinese climbers have been approved to ascend the mountain.

However, amid the Covid-19 pandemic, the General Administration of Sport rescinded its permission so as to practically implement the instructions to “prevent imported infections and domestic resurgence” and ensure absolute safety.

Currently, the website of Tibet Yala Xiangbo cannot be accessed. The company’s representative Tsering Samdup is the “commander in chief” of expeditions up Mount Everest.

Established in 2001, Himalaya Expedition has been managed by Tsering for many years. It is China’s first and only company exploring the “high mountain” business model. Private mountaineers can only climb Mount Everest from either its southern face in Nepal or its northern face in China. Himalaya Expedition is the only company officially qualified to climb the northern face. Its model of organizing one mountaineering group per year has remained unchanged for years, taking only one or two dozen mountaineers to the top, with a similar number of guides.

The 2021 northern face group consisted of 21 members, of whom the oldest is 55 and the youngest is 22. They arrived in Lhasa, the capital city of Tibet, on April 9 to undergo the first stage of adaptation training and theoretical education.

On April 21, they arrived at Everest Base Camp and began to the second stage of adaptation training. Since then, they have been at the Base Camp for more than 20 days, waiting for a chance to start their ascent.

People have attributed the authorities’ ban to the fear of contact between climbers at the summit. Nepalese statistics show that another 8,467 cases of Covid-19 were confirmed on May 14, marking a record high. The total confirmed cases in Nepal have exceeded 440,000,  with 4,669 deaths. Even worse, over a fifth of the total has been recorded in recent weeks.

Nonetheless, Nepal issued a record-breaking 408 permits to climb Everest this spring climbing season. Considering that each climber would hire at least one guide, the total number of climbers within Nepal is estimated by the media to exceed 800 this year.

This estimate is fairly conservative if we consider the strong lineup of just the Prince of Bahrain’s mountaineering team, which consisted of 12 climbers and 26 guides, making 38 members in total, not counting assistants.

Therefore, if there hadn’t been a ban on the ascent of Everest, the two crowds of climbers from China and Nepal would have met each other, making the summit a “hotbed” of coronavirus infection, though some suggested a separation line to reduce the chance.

China’s ban will be firmly implemented by authorities at all levels. Although the Covid-19 pandemic failed to prevent climbers from reaching the peak of Everest last year, the ban this year has successfully buried the dreams of Chinese climbers.

It is unimaginable how frustrated the 21 Chinese climbers are. Just a stone’s throw from their dream, now they have to say a sad goodbye.

Chen Yanni is a journalist and writer. Chen grew up in Beijing and is based in the United States.