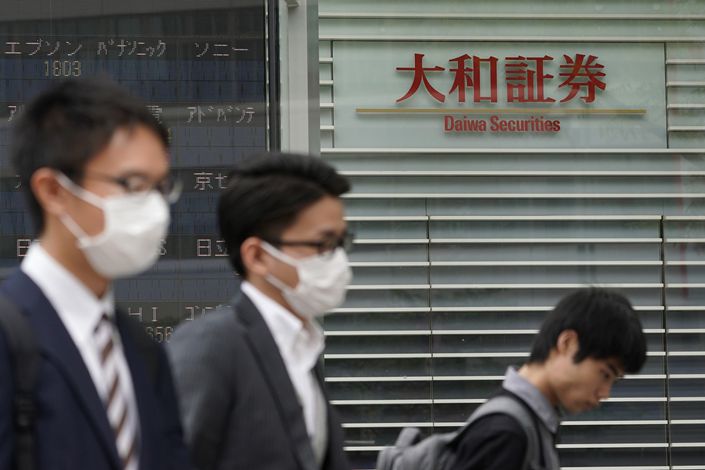 The firm’s majority owned Beijing-based joint venture, Daiwa Securities (China) Co., is due to launch later this month, initially with investment banking, as well as stock broking and fixed-income trading, CEO Seiji Nakata, said in an interview. But his aspirations don’t stop there.

“As we expand from here on, we want to think about establishing a foothold in areas such as Shanghai and applying for different licenses” including asset management, said Nakata. “China is such a huge market that there’s a lot of potential.”

Daiwa wants to bring its Chinese venture to profit “in a few years,” Nakata said, without elaborating. The venture, 51% owned by Daiwa, with the remainder of the unit belonging to Beijing State Capital Operation Management Center and Beijing Xi Cheng Capital Holding Co., has more than 35 investment bankers who will advise on cross-border mergers and acquisitions and seek deals to underwrite local stock offerings, he said.

International banks from Citigroup Inc. to Daiwa’s larger Japanese competitor Nomura Holdings Inc. have been beefing up the ranks of private bankers to capture clients in the increasingly affluent Asian nation. BlackRock Inc., the world’s largest asset manager, got approval this month to begin running a wealth management business in China.

Daiwa’s overseas operations posted a record 21.8 billion yen in pre-tax profit ($200 million) for the year ended March 31, generating a fifth of its overall income as the coronavirus pandemic fueled international trading and deal-making.

The brokerage also plans to create a team in Japan to strengthen wealth services for domestic investors, Nakata said. Similar to Nomura’s Chief Investment Office, the division may launch by the end of March with 20 people or so, including stock and bond professionals, with a task of creating model portfolios for investors.