Opinion: Five Life-Changing Things We Can Do to Protect the Oceans in 2021 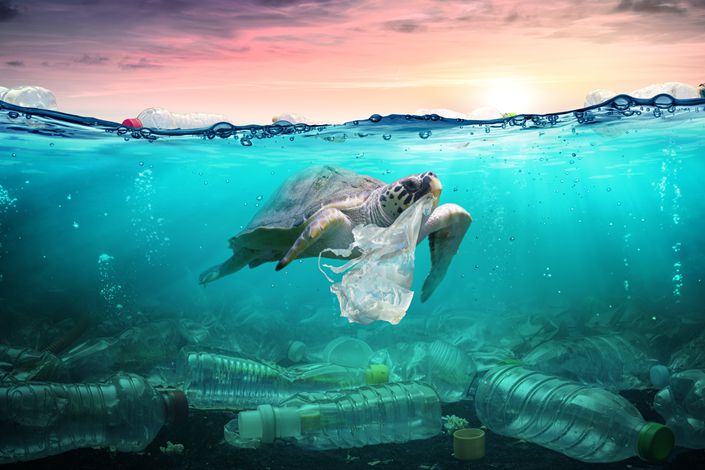 Our ocean has inspired and connected us for millennia, and with these five steps we can give something back. Photo: IC Photo

We may not all be able to travel to our favorite coastline this year, but in 2021 the ocean can offer us something even better — a raft of game-changing opportunities to protect our planet and change lives. Seafarers have always been guided by the stars, and right now the stars are aligned around five actions that together will deliver food security, sustainable jobs, climate resilience, justice and hope.

First, it’s time to abolish harmful fisheries subsidies that fuel overfishing and enable IUU (illegal, unreported and unregulated) fishing. Today over $22 billion in public funds is spent every year to further decimate our fish stocks, rob people of tens of billions of dollars in revenue, and undercut local fishing that provides jobs and food to billions of people. Wealthy nations are subsidizing their fleets to scoop up fish thousands of miles away, with proven links to the human rights abuses of IUU fishing. It is unjust, unsustainable, uneconomical and it needs to stop.

Ending this deep injustice is about much more than money, and as this film shows there are lives and livelihoods on the line. In some coastal and island communities, fish make up 80% of the animal protein in people’s diets; small-scale fisheries support 120 million workers around the world, almost half of them women. These are the people who will benefit most when these subsidies are finally eliminated. We are on the brink of getting it done. The WTO fisheries subsidies talks tasked with ending harmful subsidies missed their 2020 deadline, but they are under mounting pressure — including from WTO’s new director general — to reach a deal by July. All that’s needed is the political will to make the final tough calls and net this deal.

Second, we need to commit to protecting 30% of the ocean by 2030 — the “30x30 goal” — and accelerate action to make it happen. Momentum behind the 30x30 goal is growing fast, including from the new Biden Administration and dozens of countries signed up to the Global Ocean Alliance. The science behind it is stronger than ever. One ground-breaking new study shows how targeted ocean protection could protect nearly 80% of marine species, increase fishing catches by 8 million metric tons, and prevent the release of a billion tons of carbon dioxide. Another study shows how turning 30% of a Kenyan fishery into a no-take marine protected area (MPA) compensated for overfishing in the surrounding waters by increasing the growth rate of fish populations by 42% over 24 years.

Protecting at least 30% of the ocean will bring benefits for climate, tourism, fishing, health and ecosystems. It will mean more food on the table and money in the pockets of some of the world’s poorest people in island and coastal communities. But there is a long way to go. Today only 2.7% of the ocean is strongly protected. Securing a global 30x30 commitment in Kunming will provide a massive boost.

Third, let’s unite to end lawlessness on the high seas. After being blown briefly off-course by the pandemic, the final negotiation session for a new international treaty to protect marine biological diversity in areas beyond national jurisdiction is now scheduled for August 2021. It’s a once-in-a-generation chance for our governments to protect half the planet and stop the plunder that harms people, economies and ocean wildlife.

Fourth, we have to stop ignoring the ocean-climate connection. It’s a crucial year for climate action and time to shine a spotlight on how the ocean can help — it can get us 20% of the way to limiting global temperature rises to 1.5 C.  Analysis shows that ocean-based action could cut global greenhouse gas emissions by nearly 4 billion tons in 2030 and by more than 11 billion tons in 2050 — equivalent to the emissions of all the world’s coal-fired power plants or taking 2.5 billion cars off the road. But governments must prioritize, incentivize and invest in ocean actions — from conserving the “blue carbon” stored in marine ecosystems, to accelerating the transition of shipping — responsible for more emissions than Germany — to zero-emission fuels. As a crucial first step, states should integrate ocean action into their NDCs and make the ocean a key ally in their climate plans before COP26.

Fifth, world leaders can unleash the greatest act of ocean protection in history by agreeing to create three new Marine Protected Areas (MPAs), protecting nearly 4 million square kilometers of the ocean encircling Antarctica. The 25 member states of the Commission for the Conservation of Antarctic Marine Living Resources (CCAMLR) have an unmissable opportunity to when they meet in October, to make a move that would have a planetary scale impact.

If the world could come together at the height of the Cold War to sign the Antarctic Treaty and declare the entire continent a land of peace and science, is it too much to ask them to come together now to protect just part of the ocean that surrounds it? I can’t think of a better way to celebrate 60 years since the Antarctic Treaty entered into force in 1961. And I’m not alone; from political leaders to scientists to citizens — people are calling on CCAMLR to vote for these MPA and prove that cooperation is still possible.

Our ocean has inspired and connected us for millennia, and with these five steps we can give something back. Together they can trigger a transformational reversal of fortunes — from inequitable, destructive exploitation to a healthy, just, thriving ocean that leaves no one behind.

Everyone can help. Make some noise and ask lots of questions, write to your governments and spread the word — helping shine a light on the fact that a healthy ocean is critical to ensure healthy people, and for all life on Earth to flourish.

Kristian Teleki is director of Friends of Ocean Action at the World Economic Forum.

The World Economic Forum and Friends of Ocean Action are hosting Virtual Ocean Dialogues this Tuesday and Wednesday, bringing together a range of global leaders and stakeholders to advance action for ocean health. Sessions are livestreamed. Read more on #OceanDialogues here and on Twitter.