China Struggles to Suppress Bubbles in Markets Awash With Money 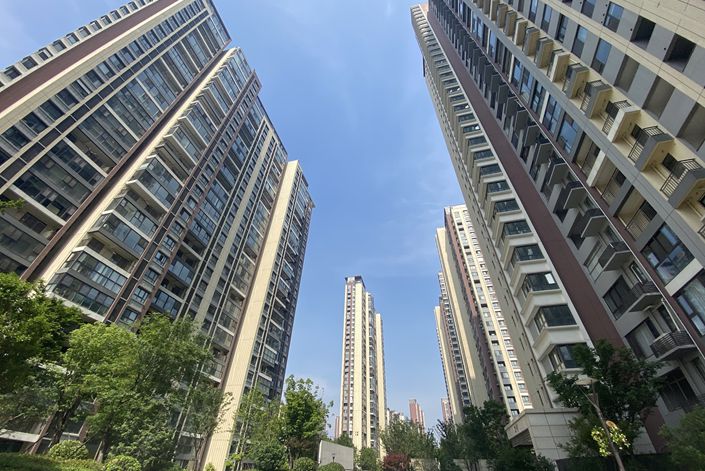 (Bloomberg) —China’s battle to maintain order in financial markets is getting tougher as money floods into everything from commodities to housing and stocks.

In May alone, the government vowed to tackle speculation in metals, revived the idea of a property tax, oversaw hikes in mortgage rates in some cities, banned the mining of cryptocurrencies and played down calls within the central bank for a stronger yuan.

Authorities are zeroing in on the risks of assets overheating as they maintain a relatively loose monetary policy to support the economic recovery from the pandemic. Targeted intervention is likely to weigh on pockets of China’s financial markets as the Communist Party seeks to avoid volatility in the run up to the July 1 centenary of its founding.

“The policy trend is now focused on ensuring financial stability,” said Alex Wolf, head of investment strategy for Asia at JPMorgan Private Bank. “Beijing will want to resolve bubbles risks at the outset, in a targeted manner, using strong rhetoric and small adjustments to policy. That appears to be enough for now.”

Much of the world is facing inflationary pressures as rebounding economies drive demand for goods. Central bankers in the U.S. and Europe are making it clear they view the gain in consumer prices as temporary, and that ultra-low interest rates will remain in place for the foreseeable future.

China’s bond market isn’t pricing in higher borrowing costs any time soon. The yield on 10-year sovereign debt has fallen to an almost nine-month low. But at about 3.1%, that’s a decent return for global investors, and the resulting inflows add to the vast pool of domestic funds trapped by capital controls. So-called hot money drives asset prices ever higher.

Beijing is finding some success with its targeted approach: commodities futures have fallen from their records in recent weeks and digital currencies have slumped. Bitcoin is down about 30% this month in a rout partly triggered by Elon Musk’s musings on the environmental costs of digital assets.

Like whack-a-mole, however, crackdowns in some parts of China’s financial markets lead to other assets rising. The CSI 300 Index of stocks surged more than 3% on Tuesday, helped by record flows through the Hong Kong trading channel and unprecedented buying of China’s second-largest exchange-traded fund. That’s boosting the allure of the yuan, which is at its strongest against the dollar in almost three years.

This may all be part of a grand strategy by the Communist Party. A rally in equities could take the heat out of the commodities market, while an appreciating yuan would lower the cost of imported raw materials. That would temper inflationary pressures and allow the central bank to maintain its accommodative stance. ‘Strong’ financial markets would also reflect well on the party — and President Xi Jinping — as the 100th anniversary approaches.

The risk for Chinese policy makers is if price increases are sustained and driven by forces beyond Beijing’s control. That may compel the People’s Bank of China to take more aggressive action, such as draining liquidity or hiking interest rates.

The PBOC has pledged to exit pandemic-era stimulus at a slow and measured pace. This is already happening, as seen by a notable slowdown in credit. China also trimmed this year’s quota for the debt sales that typically fund infrastructure, and softened its push on fixed-asset investments. The central bank has provided minimum liquidity to lenders even as credit defaults pile up.

It seems officials prefer to take increasingly aggressive steps at the micro level, rather than at the macro level. This is especially true of the commodities market. On Wednesday, Reuters reported the banking regulator asked lenders to stop offering commodity futures products to retail investors, while Bloomberg News reported Chinese customs authorities are clamping down on some corn imports amid concern that overseas purchases have spiraled out of control.

“When you have a closed capital account like China and you loosen policy through the credit channel, the money stays contained domestically,” said JPMorgan’s Wolf. “It then needs to find a place. It can be housing, it can be stocks — it moves across the financial system. This is one of the biggest constraints to policy and is why China has been quick to remove stimulus this year.”