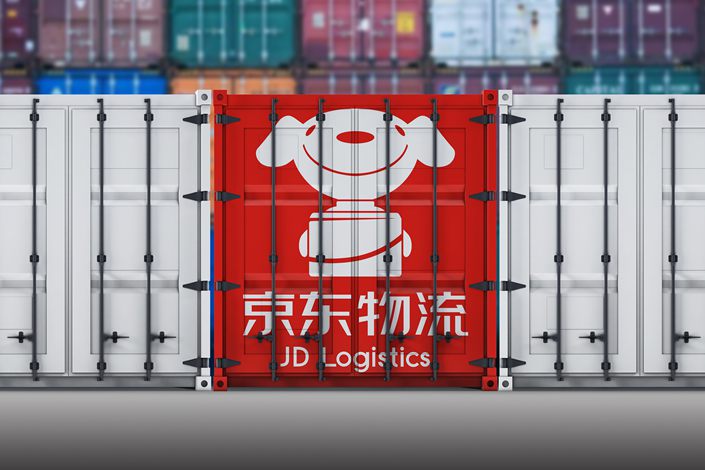 Shares of the delivery arm of Chinese e-commerce giant JD.com Inc. traded at HK$46.05 in Hong Kong on Friday, after having surged 29% in the gray market. The stock had been priced at HK$40.36, the lower end of its offered range, fueling concern that demand for new listings in the Asian financial center has cooled after the blockbuster coming-out party of Kuaishou Technology earlier this year. JD.com’s stock climbed 0.8% to HK$286.80.

The listing will allow JD Logistics to expand its network of more than 900 warehouses into less-developed regions of China and new markets overseas, while adding to the $782 million it’s spent on technology between 2018 and 2020. The company joins internet giants from Alibaba Group Holding Ltd. to Tencent Holdings Ltd. and Meituan in boosting spending, as increased antitrust scrutiny from regulators in Beijing threatens their most lucrative businesses from e-commerce to fintech.

“Frankly speaking, the focus for next few years will still be growth,” Chief Executive Officer Yu Rui said in an interview with Bloomberg Television. “We will focus on business expansion and revenue growth for the next several years. Our net margin will keep improving in the long-term.”

Created in 2007 and set up as a standalone unit under JD.com a decade later, JD Logistics’ networks include both so-called last mile and longer distance lines, as well as cold chain and bulky item networks, according to its prospectus. It is still loss-making, reporting a net loss of 4.1 billion yuan ($642 million) last year.

JD Logistics’ IPO valuation of up to $32 billion is reasonable compared with peers given its stronger growth prospects, despite the likelihood of further losses in 2021, in our view. Earnings volatility can be expected while the company prioritizes business and market-share growth over profitability in the near to medium terms, according to Bloomberg Intelligence analysts James Teo and Chris Muckensturm.

With just a 2.7% share of the logistics industry, JD Logistics is seeking to expand its footprint outside China, including into Europe, where rivals like Alibaba’s Cainiao have also been growing. The company will probably set up logistics centers on the continent within a year, Yu said in the interview. The intense competition in the business of providing logistics to other enterprises means JD Logistics will be relatively insulated from Chinese scrutiny as it ventures overseas, he added.

“JD Logistics is doing better than any other companies in B2B sector in terms of ensuring the benefits of our front-line workers and regulatory compliance,” said Yu, a JD Group veteran of 13 years. “From our point of view, we don’t see much potential risks in regulation.”

JD Logistics’ debut is far more muted compared with the 161% first-day surge for short-video platform Kuaishou. It is the second unit to be spun off from JD.com in the past six months, following the December listing of JD Health International Inc. The e-commerce operator had also sought to list its fintech division last year before a crackdown on the sector forced it to shelve its plans.