My Gentle Grandmother and the Sacrifices of the Chinese Countryside 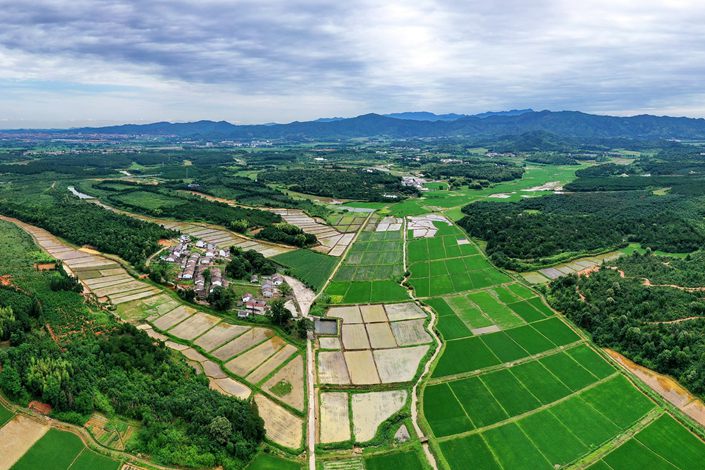 Li Jingkui reminisces about his grandmother and her generation of kind, gentle souls who survived through wars, famines and heartache. The indomitable spirit of the rural folk played a key part in China’s meteoric progress. As today’s generation overlooks these unsung heroes and economists tinker with models and facts, we should never forget the kind, gentle souls of the countryside, he says, for their sacrifice provides a moral compass for the country.

How good and gracious the people are determines a country’s level of economic development and social progress. China is one of many developing countries. But why was it able to develop so rapidly over the past decades? Aside from having the institutions, organisational capability and a reform and opening up agenda, I think there is another important factor — the rural people’s resilience and will to survive, as well as their kind and gentle spirit. If not for these traits, China’s development would be like water without a source and a tree without roots.

Recently, I have been thinking about the secret behind China’s economic growth. After considering various factors, I have come to the conclusion that many of us lack a fundamental understanding of rural China and of the generation of people who left their roots in their villages, moving to the cities to work and survive. In fact, we have already lost our understanding and empathy for these people. As someone who lived in a Chinese village for 15 years and only left for the city for high school, I feel that this is regrettable. That is why I am writing this biography of my maternal grandmother.

I am not writing about a person per se, but about the 20th century, about China and its rural people, and about the people who survived and lived in a country plagued by misfortune. Even as academics analyse China’s economic development with an air of cool detachment, I hope this column will make them passionate in their search for truth for the good of the country and its people.

A portrait of a lady

My grandmother’s name was Yue Wanling. She was born in a village in Yudong (豫东) in 1915, the fourth year of the Republic of China era.

Her mother passed away when she was nine years old. When the Central Plains War started, her father, an “able-bodied man”, was taken away to join the war. Left with no choice, my grandmother had to take care of her baby sister even though she herself was a child. She had turned 15 and her sister six by the time their father returned home. The three of them hugged each other and cried upon his return.

Later, when the Japanese soldiers arrived, the entire family fled. Because she had to pack the belongings, grandmother left the home a little later. As she stopped to catch her breath by a bridge, she was spotted by a Japanese soldier on horseback. He fired two shots at grandmother but both bullets hit the bridge railing. She literally rolled down the bridge and escaped through a sorghum field, saving her life.

At that time, to prevent the Japanese army from advancing south, the Kuomintang (KMT) ordered to blow up the Yellow River dyke at Huayuankou in Zhengzhou. Yudong was immediately flooded, and all the crops were destroyed. Grandmother was forced to flee to a “southern village” (which is the northern region of today’s Anhui province) to escape the famine. With a shepherd’s cane in hand, she made the journey cradling my first uncle in her arms and carrying my first aunt on her back. To keep her family alive, she fed children of wealthy families her own milk in exchange for food and money.

A man of integrity

After the days of fleeing were over and she finally returned home, she found her courtyard in ruins and had to repair it together with my grandfather before they could settle down again.

Sometime later, the War of Liberation broke out and my hometown became a zone of conflict between the KMT and the Communist Party of China (CPC). Once, the KMT army caught an underground CPC member in the village and ordered the villagers to pierce that “traitor” with sharpened bamboo poles to prove that they were not in cahoots with him. Fourteen villagers did so but my grandfather firmly refused to obey. Everyone in the family was shuddering with fear, but fortunately, grandfather was not forced to do so in the end. Every time grandmother recounted this story, she would express her deep respect for him.

And then New China was born. Although grandfather was an itinerant hawker, he was allotted land. Naturally, he was eternally grateful, and even put up portraits of Mao Zedong in the house and worshipped him like a god. Later, people’s communes were instated and land was collectively owned again. Soon, the Great Leap Forward swept across Henan.

Soon after this three-year “natural disaster” began, grandfather found this suffering impossible to bear. He was a tall and strapping man with a ravenous appetite. To save rations for the family, and because he was almost delirious and could not think straight, after wolfing down two pieces of mantou (馒头, steamed buns) he left my first uncle’s workplace, went home and hanged himself. In the morning, grandmother found grandfather’s body which had been hanging there for half the night. The family was devastated.

Even so, grandmother stayed strong and stayed alive.

One night, my grandmother spoke with my third uncle who was still a young child at the time. She asked him to take care of my mother, who was only seven or eight years old at the time, and taught him to take care of everything in the house. After her two children fell asleep, grandmother put a noose around her neck. Fortunately, my third uncle was old enough to sense what was going on and woke up in the middle of the night. Seeing that his mother was gone, he called for help and found her body hanging in the dark. He instinctively grabbed her thigh and tried to push her upward. Then others came and brought her down. She finally regained consciousness after much kneading and pinching. Everyone said, “Daliu (my mother’s nickname), do you know that you almost lost your mother?”

I was born after the reform and opening up policy was launched. Grandmother took care of my mother during her confinement. Our relatives and friends sent over hundreds of eggs at that time. Just as grandmother was about to leave when the confinement period was over, she said, “See how lucky your generation is. I have not eaten so many eggs in my entire lifetime.”

The deepest impression I have of grandmother is of an incident that happened when I was little.

One year, I spent the Lunar New Year at grandmother’s house. Toward the end of the holiday, a woman knocked on our door one morning, asking for food. She was neatly dressed and had a scarf wrapped around her head. While her clothes looked like they had been patched up multiple times, they were very clean. She did not look like a beggar and I suspected that she was just pretending to be one.

Grandmother was in the kitchen at that time and asked me to take a mantou from the living hall to give to this woman. I took the mantou, gave the woman a glare, and threw the bun at her. The woman caught the bun silently and glanced at me a few times. She then placed the bun on the grinder in our courtyard and left. I shouted but she walked out of the village without turning back. I was shocked and stood rooted to the spot.

Grandmother came out of the house, asking what happened. She immediately rushed back to the kitchen and wrapped a few hot steamed buns in a cloth. She pulled me along and ran after the woman. Although her feet were small, she ran like a cheetah. By the time we reached the woman outside the village, grandmother was out of breath.

“Please don’t get offended. Here, take these buns,” grandmother said as she hurriedly stuffed the buns into the woman’s pocket. Grandmother thanked her profusely for accepting the food and asked her to come back whenever she was cold or starving.

After she left, I said indignantly, “But grandmother, what if she was a swindler?” Upon hearing this, grandmother — who was rushing home — looked back at me without the usual smile on her face, “Haiying, you must remember this. Once someone stretches out his hands to you, they are bowing down to you. Everyone will face times of difficulty. As long as we have the means to help, we must.”

Now, it has been 21 years since grandmother passed away, but I can still hear her words like it was yesterday and remember the grave look she had on her face. Recently, when I taught my children the fable 廉者不受嗟来之食 (people who have pride will not allow themselves to be insulted and eat the food that is thrown at them), I was again reminded of grandmother, an ordinary woman from a traditional Chinese village who had a better understanding of the wisdom contained in books than a scholar like me.

In the second semester of my second year in university, grandmother fell very ill. She would remind my mother and first aunt to wipe her body every day. When she had visitors, she made sure to let them know that she was very clean for fear that they would be unwilling to come close to her.

I still remember the day she passed away. I was studying in Beijing and had telephoned my mother to ask about grandmother’s condition. My mother paused for a moment before saying that her condition was improving and I need not worry. That night, I dreamt of grandmother. With a smile on her face, she said, “Bring your girlfriend when are back home this summer break. I’m waiting for your wedding banquet!”

More than a month later, I returned home and found out that grandmother had already passed away. I was heartbroken and went to her house in tears. It was empty. Only a tomb in the field along the river remained.

Grandmother led a poor and difficult life but remained righteous and upright her entire life. It is because of her teachings that I dare not forget how many kind and gentle souls there once were in rural China. I often think, if grandmother could see the man I became today, would she say, “Haiying, you’re great, just like your grandfather!”