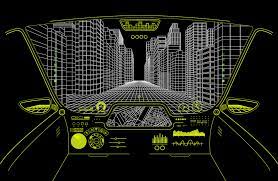 The funding will give Zongmu the chance to work with Xiaomi to explore more uses of its autonomous driving technology, according to the statement. In March, Xiaomi unveiled plans to expand into smart car manufacturing, joining tech giants including Baidu and Huawei to tap into the sector.

Founded in 2013, Zongmu focuses on developing autonomous driving and advanced driver-assistance technologies and products related to positioning and mapping. One of its flagship products is an automated valet parking system, which has been installed in an SUV model made by China FAW Group. The company also has ties with several automakers including Geely and BAIC Group.

Shanghai-based Zongmu, which has R&D centers in Shanghai, Beijing, Xiamen and Shenzhen as well as Stuttgart in Germany, is actively preparing for a listing on Shanghai’s Nasdaq-like STAR Market, Bloomberg reported, citing its CEO Tang Rui.