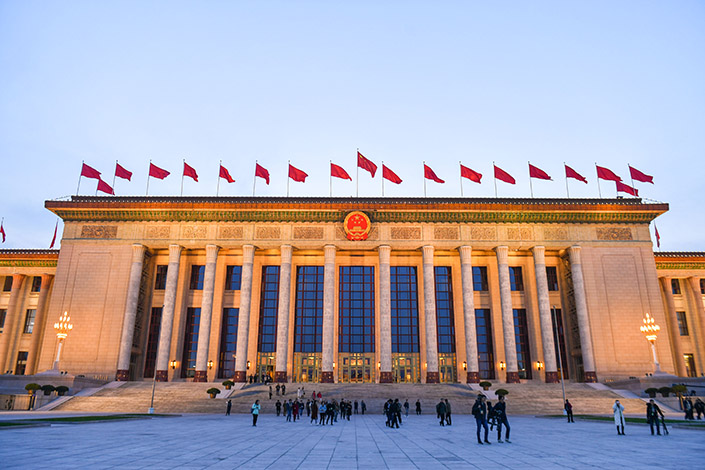 The Great Hall of the People in Beijing. Photo: VCG

(Bloomberg) — China warned the North Atlantic Treaty Organization (NATO) it won’t “sit back” in the face of any challenges, illustrating the potential for tensions to escalate while the U.S. tries to convince its allies to take a tougher approach to the Asian nation.

Beijing doesn’t pose a “systemic challenge” to any country, according to a statement posted Tuesday on the website of its mission to the European Union that added NATO should not exaggerate China’s military power.

The statement also urged NATO to push forward with dialogue and cooperation, and said the bloc should work to safeguard international and regional stability.

The comments from Beijing come after NATO Secretary General Jens Stoltenberg told reporters that the alliance is “concerned by China’s coercive policies, which stand in contrast to the fundamental values enshrined in the Washington Treaty” on which the bloc rests. He cited the country’s rapidly expanding nuclear arsenal, military cooperation with Russia and its use of disinformation.

The U.S. has been seeking to build a united front on China, though President Joe Biden settled for a modest condemnation at the Group of Seven (G-7) meeting over the weekend. Several leaders, including German Chancellor Angela Merkel, pushed back over concern about turning the G-7 into an anti-China group.

China was dismissive of the G-7 summit, with its embassy in London issuing a statement saying: “The days when global decisions were dictated by a small group of countries are long gone.”