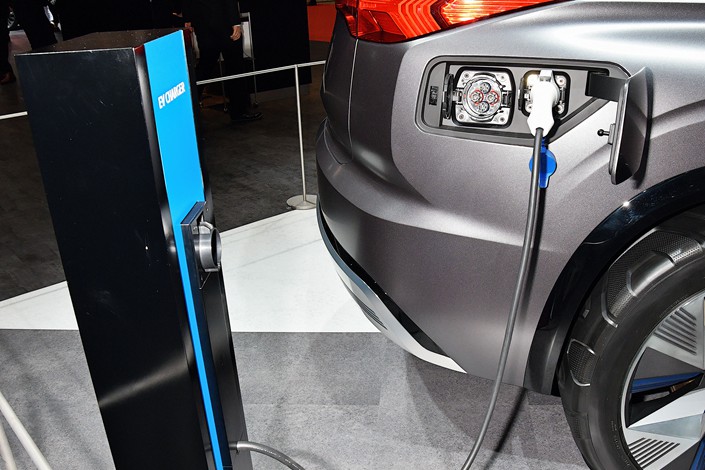 (Nikkei Asia) — The global battle to offer affordable electric vehicles (EV) will soon grow more intense as automakers in Japan and Europe prepare to offer cheaper models that can compete with Chinese rivals.

Mitsubishi Motors will offer an electric mini-vehicle for under 2 million yen ($18,100) in Japan by fiscal 2023, joining the growing ranks of automakers pursuing lower prices to catch up with cheaper Chinese EV rivals.

Electric vehicles still tend to carry higher sticker prices than gasoline-fueled autos. But subsidies and the savings from skipping the gas pump make more smaller EV models just as affordable as comparable conventional cars, and automakers are eager to appeal to an even wider swath of customers.

Mitsubishi’s price cut would make its Minicab-MiEV, used mainly for commercial purposes, one of the cheapest EVs available in Japan. The automaker plans to swap out the model’s battery for a newer, less expensive version, while still ensuring a range of 150 kilometers on a single charge.

Mitsubishi also looks to release an electric minicar priced around $18,000 in Southeast Asia in 2023. The company will invest about 19 billion yen to build a new production facility in Thailand, including for hybrid vehicles.

The Japanese automaker aims to produce about 10,000 of the new EVs in Thailand yearly. Mitsubishi’s cheapest gas-powered model in the country goes for around $15,000.

Meanwhile, Mitsubishi alliance partner Renault, through its Dacia brand, has unveiled the new Spring sport utility vehicle, dubbed the “most affordable electric car” in Europe. With a range of 230 kilometers and a top speed of 125 kilometers per hour, the SUV starts at 16,990 euros ($20,300) in France, a price tag made possible by assembling it in China.

The flurry of inexpensive new models stems from advancements in battery production. The expense of producing a battery, which accounts for 30% to 50% of an EV’s total cost, has dropped by 80% between 2012 and 2020, largely thanks to increased mass production in China and Europe.

Subsidies from Japan’s government, which can total 420,000 yen depending on the model, as well as municipal subsidies like those offered in Tokyo reduce the price gap further for consumers.

Savings on gas enhance the appeal of electrics. It costs 690,000 yen worth of gasoline to drive a conventional car 100,000 kilometers in Japan, according to the Next Generation Vehicle Promotion Center. It takes just 310,000 yen of electricity to power an EV across the same distance.

Many major countries are expanding subsidies to promote EV purchases. A Chinese automaker rolled out a $4,500 EV made possible by sticking to basic functions, and unit sales of the model are growing.

About 2.14 million electrics were sold worldwide last year, British analytics firm LMC Automotive says, just 3% of all new vehicles. EV sales volume is expected to reach 23.3 million units at the end of the decade, or 24% of all vehicles. Beyond that, the U.K. and other countries in Europe will phase out sales of gas-engine autos between 2030 and 2040.

EV buyers have mainly been businesses and affluent individuals. But more affordable price tags likely will alter the attitudes of consumers.

“When the costs of on-board batteries decline by 50% or more by 2030, the prices of EVs will approach the same level as gasoline vehicles,” said Masayuki Aou, manager at Arthur D. Little Japan.