Blog: What a Phone Scam Taught Me About the Limits of Thinking Like an Economist 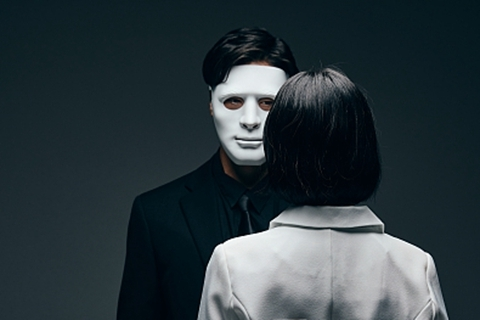 After a good laugh over falling for a phone app scam, economics professor Li Jingkui acknowledges that he should have caught on faster to the con as scammers’ tactics involve simple economics. He then wonders if knowing more about human psychology would have been more helpful.

Among people of different professions, scammers are the most well-versed in economics. But they are not like economists who refute game theory, econometrics and big data, or the emerging field of behavioral economics. They do not belong to any school. In fact, they dabble in all schools of economic thought, be they mainstream or emerging, and they are very receptive to using all kinds of economic tools as well. My recent experience deepened this understanding of them.

After I came back from the U.S., I realized that all kinds of grocery shopping apps had sprung up in my absence. It dawned on me that my country has developed tremendously in my time abroad. “Only a year has passed in the U.S., but China has already traveled a thousand li”, I thought. Not happy that I was behind the curve, I downloaded a few apps and tried using them. Never did I expect my first teacher to be a scammer.

Once I clicked on the app, a pop-up window appeared, telling me that I had won a prize. Mind you, this was all foreign territory to me. I thought it was a welcome gift for new users. I clicked on the window and was told I had three attempts to win a prize. My first attempt — zilch. My second attempt — nada. On my third try, voila, I won the grand prize — six free bottles of Zhenpin Moutai liquor! As I was also one of the first 100 lucky winners, I would get a free Swiss-made gypsophila watch. Ah, was this the feeling of bliss? I felt a little lightheaded.

Behavioral economics tells us that Homo sapiens simply cannot resist free things. This is because most of the world’s resources are scarce. By “scarce,” I mean there are not enough of the useful things that we need. To survive, humans have long been armed with skills to obtain scarce resources at a lower cost. It is in our DNA. Although I am an economist, I am first and foremost an ordinary Homo sapien. So, when I found myself winning such a big prize, my heart could not help but flutter.

But I am not a kid after all. I naturally questioned: “Can I be so lucky? Could this be a scam?” Although I am a bookworm and can hardly take care of myself, I luckily have a wife who is extremely street smart. Besides, she studies psychology — such scams have a hard time fooling her.

After I texted my wife, I realized it was too late in the night. My wife had gone to her parent’s house two days earlier to pick up our children and was not back yet. She would definitely be sleeping at this hour. What should I do? The terms and conditions of the prize stated that my “luck” would expire in two hours. “Oh, come on. What’s there to be afraid of? It’s free anyway, what can they get out of me?” I thought. And then, before I knew it, I filled in the form with my address and contact number and submitted it. Just like that, I went to sleep with a smile on my face, thinking how lucky I was.

Within the realm of possibility

At about 10 o’clock in the morning the next day, I received a phone call from a landline in Shandong province. I picked up the phone.

“Is this Mr. Li? We’re calling from the Zhenpin Moutai liquor factory in the town of Maotai. Congratulations, you’ve won the grand prize.”

Then, the man on the phone formally read an introduction about the liquor, using jargon that seemed decipherable only to manufacturers. He even highlighted that this liquor was slightly yellowish, but it was just a unique feature of the brand.

While I expressed my gratitude, I still had some doubts. I asked, “You say you’re a liquor factory based in Maotai (a town in Southwest China’s Guizhou province), but why does the number show that you’re calling from Shandong?”

“Oh, well, we’re in the mountains and we’re using an internet phone. What’s displayed is a random number,” he replied. “Our factory has won many awards.” Then, he continued with his seemingly professional talk about the liquor. At the end, he sincerely said, “As we’re in a mountainous region, we can only deliver the liquor via SF Express. So, you will have to pay for the delivery fee and insurance. That will be 198 yuan ($30.51) for six bottles of liquor.”

I was starting to believe all these. It all seemed too real. After all, it was Moutai liquor we were talking about. Do you know how much Moutai liquor costs? You can’t buy it even if you wanted to. Just think about it: these bottles of liquor are from Maotai town; that’s as original as it can get. Besides, I could get six bottles of them for 198 RMB — a pretty good deal considering shipping fees alone.

“Mister, if there are no questions, we will arrange for delivery,” he said. As if still in a daze, I agreed to the arrangement again.

After I hung up, I called my wife and excitedly recounted the whole incident to her. She could not contain her laughter, “You are so gullible! Next time, no matter what you want to buy, let me handle it.” She then told me about other tactics that scammers often use and analyzed the psychology behind them. I finally realized what was really happening. Alas, these scammers have learnt economics way too well.

Let’s look at the economic concepts this scammer put into practice.

First, he made use of what I mentioned above — mankind’s attraction to free things. As Homo sapiens have faced resource scarcity throughout evolution, they instinctively seek to gain survival resources at low cost. Scammers take advantage of this weakness, knowing people are likely to click to get the grand prize.

Third, the scammer used the more advanced theory of asymmetric information in game theory. After I won the prize, they had to determine if I belonged to the more gullible group of people or not. If they managed to ascertain this, their scam would have a higher chance of success and their cost would be lower. Thus, they made a phone call to gauge what kind of person I was. That is to say, there was information asymmetry between us before the call: I could be the more gullible type of person who would easily fall for a scam or I could be the more skeptical type who would decide to reject the prize. I could be either and the scammer had no information about that. But after the call, the answer became clear. Thus, wouldn’t you agree that scammers are well-versed in game theory?

I may have explained these concepts fairly rationally, but my wife easily saw through the scam while I completely believed it was real. Hence, it actually costs a lot to think rationally — people are more likely to be swayed by the idea of getting Moutai liquor or by their natural inclination for free things. Notwithstanding the fact that I consider myself to be a well-trained economist, I failed to make a judgment based on rational thinking as taught in orthodox economics.

Sure enough, the prize — six bottles of Zhenpin Moutai liquor from the faraway Maotai town in Guizhou — arrived the next morning.

I received a call from the delivery man, “Mr. Li, your six bottles of Moutai liquor has arrived, please pay 198 yuan and come and get your order.”

I replied, “Hello, please return the six bottles of Moutai liquor. I don’t want my wife to say I’m too gullible.”

The delivery man chuckled, “You only have to pay upon delivery anyway. You can choose not to pay.”

From his answer, I knew that this was an all too familiar scene to him.

Scammers well aware of the odds of success

I thought to myself, if the scammer who called me yesterday saw this scene, he would vomit blood.

On the third morning, I received a phone call from a landline in Beijing. It was the scammer from the previous day.

He said, “Mr. Li, why did you refuse to pay for the Zhenpin Moutai liquor that you asked us to deliver?”

“Buddy,” I said, “My wife says that you’re a bunch of scammers. The Lunar New Year is around the corner and I know that you guys must be having a hard time. I know you’re quite busy, but I have to say a few words. There’s a bug in this scam of yours.”

I heard him let out a stifled laugh, and it was a wicked one.

“You people shouldn’t give fools like us a cooling-off period. You see, there is a one-day gap between your call and the arrival of our parcel. With this one-day gap, even the most foolish of fools would have time to react and realize that they have been conned. Besides, my wife studies psychology. Once I told her about it, you guys were done for. So, with this cooling-off period and time for family and friends to weigh in, such scams would be exposed,” I patiently explained.

“That wouldn’t happen, Mr Li. According to our statistics, most people who accept our delivery pay up,” he said, unable to conceal his disappointment. “But your wife is a psychologist. That is something we didn’t expect…”

It was my turn to chuckle. Scammers nowadays have even learnt econometrics and know how to analyze data! And he understood that I refused to pay because my wife is a trained psychologist. He knew that I was an exception or the “outlier” in economic terms.

Fancy that! Even scammers love to study. How can I not work harder?

So I picked up a thick volume on advanced econometrics from my shelf and started to bury myself in the books again.