Editorial: Its Economy Already Humming, China Has Room to Forge Ahead With Reform 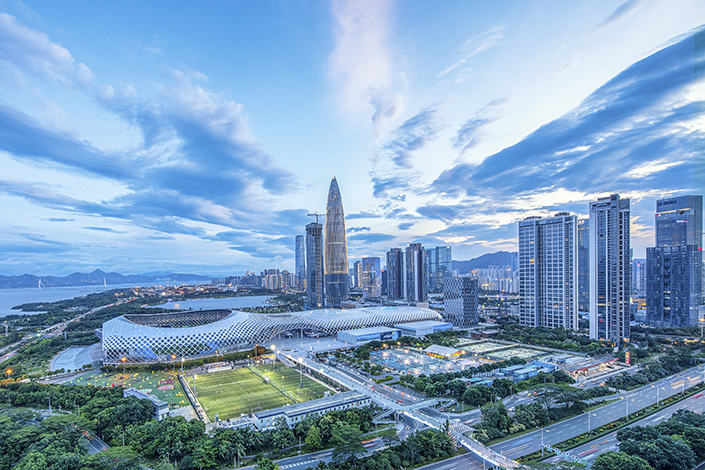 China is currently undergoing a new period of deepening reform and opening up. It is crucial to seize these great opportunities and further advance supply-side structural reform. Photo: VCG

The World Bank raised its forecast of China’s economic growth this year to 8.5%, higher than the 7.9% forecast in January. The report also predicted that China’s growth is likely to moderate to 5.4% next year. Recently, domestic researchers have also made their own predictions that show confidence in China’s economic growth in the second half of this year. However, they also point out that China’s economy has major structural issues, including several potential risks that need to be urgently addressed. We agree with this view. In these years, China’s GDP targets have been set at moderate levels, putting less pressure on the country to maintain growth. That makes now the best time for China to advance structural reforms to deal with these issues.

China was the only major economy in the world to achieve positive GDP growth in 2020 despite the Covid-19 pandemic. The country’s economic growth trend in 2021 has caught the world’s attention as it indicates the recovery pattern of the global economy. China’s economy has remained stable in the first half of this year, but its recovery from Covid-19 has been fragile and uneven. Benefiting from the extraordinary demands of international markets as they struggle to fight the pandemic, China has enjoyed robust economic growth during the first six months of 2021, which also shows the resilience of its economy and the effectiveness of its containment measures against Covid-19. While China’s economic outlook relies on finding solutions to its deep-rooted conflicts that have accumulated over time, exports are subject to greater uncertainty as they are beyond China’s control and require advance preparation and planning. Looking ahead to the rest of the year, we believe that China’s domestic economic activity will continue to normalize. As the impact of last year’s low base fades, China’s economy is expected to return to pre-pandemic growth during this year. China’s GDP growth, featuring a high start and a low end this year, will continue to slow next year. A majority of domestic researchers believe that China’s economy will return to its potential growth rate. However, it is worth noting that this return will not come easy.

A strong immune system helps ward off colds and the flu. China needs to buck the trend of total factor productivity reduction through structural reform, which will ultimately enhance its economic resilience and development potential. To achieve this, we need to lay a solid foundation by releasing more appropriate macro-control policies and implementing more robust measures in deepening China’s reform and opening up. Despite all the external uncertainties, reform is the surest way for China to continue its economic growth.

China has seen many structural issues within its economy, including weak domestic consumption and unbalanced internal and external demand. Under the traditional “troika” architecture (consumption, investment and foreign trade) used to explain China’s GDP, the country has long relied on foreign trade, with an investment rate much higher than the consumption rate over the past decade. This distorted economic structure has caused overcapacity and loss of efficiency, and the impact of the Covid-19 pandemic has only exacerbated this structural contradiction. Currently, China’s economic recovery is uneven, with exports remaining resilient while manufacturing investment and consumption have not returned to their pre-pandemic levels. All of this implies that the internal momentum has not yet been fully restored. In addition, China can no longer rely on real estate and investment in infrastructure for growth, and it has to watch out for local government debt risks and systemic risks in finance. The solutions to these issues eventually come down to the reform of systems and mechanisms.

China’s reform and opening-up policies have transformed it into the world’s second-largest economy, and such policies will remain the inevitable choice for China to sustain sound and steady development in the future. Recently, General Secretary of the Central Committee of the Communist Party of China (CPC) and President Xi Jinping delivered a speech at the CPC’s 100th anniversary in which he said: “We must deepen reform and opening up across the board, ground our work in this new stage of development, fully and faithfully apply the new development philosophy, and foster a new pattern of development.” This statement presents a medium to long-term solution for China, and a sound way to resolve its current economic issues.

To boost domestic demand, we need to promote both manufacturing investment and private investment without delay. The reasons behind this are obvious. Without the full recovery of these two forms of investment, employment will not increase, so neither will residents’ income, let alone domestic consumption which depends upon income levels. Therefore, it is essential to put the principle of competitive neutrality into practice, promote and maintain fair market competition, and protect private enterprises’ legal interests. This will improve the business environment for the private economy and create an institutional framework that fosters entrepreneurship. In response, governments at all levels, from central to local, have unleashed several policies and evaluated their effects based on a number of indicators. One indicator is the expectations of entrepreneurs, as such expectations will lead to decisions to invest. Therefore, stabilizing expectations has become more pressing, surpassing all other ambitious goals such as breaking down administrative monopolies and relaxing restrictions on market access.

Large cities and metropolitan areas in China are seen as growth poles, creating growth opportunities of unmatched scale. However, in order to seize these opportunities, it makes sense to eliminate the institutional barriers to the effective allocation of production factors. To this end, creating more effective land and household registration systems is on the agenda. Most cities have eased their restrictions on migration under the current reform. The next focus is to untie education, health care, pensions and other public services from household registration. Policymakers are now attaching great importance to the potential risks involved in local government debt.

The next few years will be the peak repayment period for local government debt, with the pandemic further compounding such risks. In the first half of this year, the central government further tightened the issuance of urban investment bonds and special bonds by publishing the “Measures for the Management of Fund Performance of Local Government Special Bond Projects,” which stresses balancing benefits and risks in project finance. These actions are conducive to the further prevention of local government debt risks. In addition, under the principle of “opening the front door and closing the back door,” it is necessary to expand the issuance of local debt through a more effective regulatory framework. The fundamental solution of reforming production factors is to allow cities to have their own degree of operational autonomy that permits free capital flow.

The global economic recovery has been strong but uneven. It remains to be seen where Covid-19 is heading and how policies will return to normal for each country. China still faces many uncertainties such as the Covid-19 pandemic and tension between great powers. With a greater focus on the domestic market, China is currently undergoing a new period of deepening reform and opening up. It is crucial to seize these great opportunities and further advance supply-side structural reform. This will enable China to build a new dual-circulation development pattern in which the domestic economic cycle plays a leading role, while the international economic cycle remains its extension and supplement.