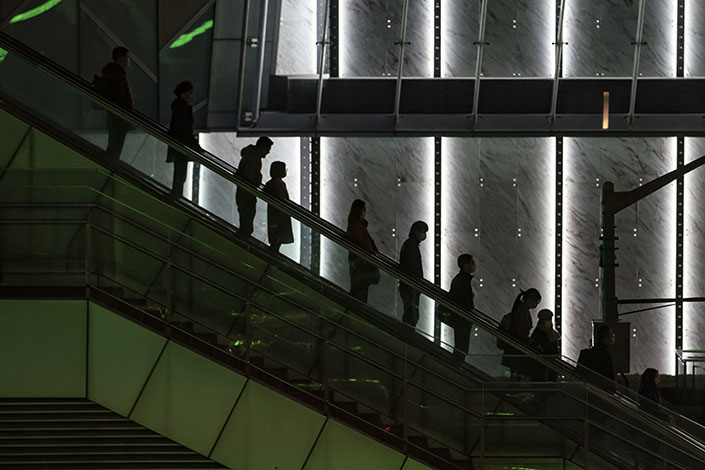 (Bloomberg) — China’s two largest investment banks are making broad cuts to travel budgets that will impact junior bankers as well as senior directors as they seek to rein in costs and boost profitability.

Starting this month, CSC Financial Co. Ltd. managing directors’ domestic travel will be downgraded to economy flights and second class or hard-berth train seats, according to a memo seen by Bloomberg. Larger rival Citic Securities Co. Ltd. also asked managing directors to fly coach, according to a separate memo, which did not specify which class of travel they were previously offered.

The cuts are another example of how policymakers are pressuring the nation’s biggest state-owned financial groups to reduce salaries and costs to support China’s recovery from the pandemic. Financial firms were given details on how to limit pay at the beginning of last year by the Ministry of Finance and entities including China’s massive sovereign wealth fund and its biggest bank were affected, people with knowledge of the matter have said.

CSC Financial’s Chairman Wang Changqing will travel first class instead of the more expensive business by train, according to the broker’s memo. Commuting costs in and out of airports will no longer be reimbursed as expenses but include a transportation allowance of 80 yuan ($12) per day, according to memos from both institutions. A one-way taxi ride from the Shanghai Pudong International Airport to the Lujiazui Financial District costs about 200 yuan.

While the cuts won’t stop executives traveling, they may dampen morale among bankers used to more attractive perks. Citic Securities also cut daily hotel allowances for non-executive bankers by 200 yuan to 700 yuan per day in major cities from Beijing to Shanghai, according to a person with knowledge of the matter, who asked not to be identified discussing private information.

Bankers are encouraged to share rooms, according to CSC Financial’s memo. Should they do so, they can spend 50% more than the daily allowance for a single banker, compared with the the 30% limit previously in place. While bankers can pay for upgrades out of their own pocket, they were strongly discouraged from doing so, the memo said.

Globally, banks are reassessing the need for travel and debating the extent of remote work. HSBC Holdings Plc is budgeting for travel costs to fall by half, with greater reliance on video technology and having people go on fewer, longer trips when they do travel. Standard Chartered Plc is also expecting travel costs to reduce sharply.