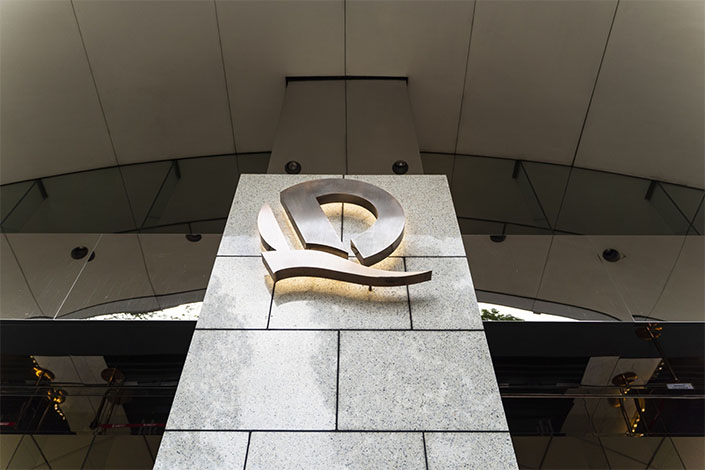 China Evergrande Group’s shares had tumbled in recent weeks amid renewed concern over its financial health as Beijing cracks down on excess debt in the property sector. Photo: Bloomberg

(Bloomberg) — China Evergrande Group shares soared after the country’s most-indebted developer said it will consider a special dividend to shore up its stock that’s trading near a four-year low.

The board will hold a meeting on July 27 to “discuss the special dividend plan of the company,” it said in a statement to the Hong Kong stock exchange late Thursday. The Shenzhen-based property giant last issued such a payout in 2018.

Evergrande jumped as much as 14%, the biggest intraday advance since January, before paring the gain to trade at HK$9.62 in Hong Kong Friday. Evergrande’s 8.75% dollar bond due in 2025 rose 0.2 cents on the dollar to 64.4 U.S. cents, according to Bloomberg-compiled data.

Evergrande’s shares and bonds have tumbled in recent weeks amid renewed concern over its financial health as Beijing cracks down on excess debt in the property sector. Founder Hui Ka Yan was called in to meet regulators last month, urging him to solve the debt problems as quickly as possible, emphasizing the need to avoid major shocks to the economy, people familiar said.

Adding to the pressure on property developers, Chinese regulators want them to disclose details of commercial paper issuance in their monthly reports to curb ballooning debt, Reuters reported, citing people familiar with the matter. Developers already report their debt holdings each month from banks, credit markets and other sources.

A special payout may show that Evergrande has the ability to increase dividends, and the amount may be small relative to its debt outstanding, said Daniel Fan, a Bloomberg Intelligence credit analyst in Hong Kong. He estimates the bank could pay total dividends of about 16 billion yuan ($2.5 billion) this year, compared with debt of 570 billion yuan.

“But essentially, the future of Evergrande still lies on how it’s going to collect cash and reduce debt,” Fan said.

Indeed, Evergrande’s rally may be short-lived, given the need to reduce borrowings, according to Bloomberg Intelligence analyst Kristy Hung. A special dividend may divert cash needed to pare the company’s massive debt pile.

“Evergrande’s potential issuance of a special dividend may be seen as positive after its 40% share-price slump year-to-date,” Hung said in a note. “Yet such a move might worsen its debt-saddled balance sheet.”

The developer announced at the end of June that it had cut interest-bearing debt by 20% in the first half to $88 billion. That enabled the company to meet one of China’s “Three Red Lines,” a trio of metrics that policymakers have used to encourage the property industry to deleverage.

Hui could be the biggest beneficiary of the special dividend since he controls the company with a more than 70% stake, according to data compiled by Bloomberg. The 2018 payout was worth almost 15 billion yuan ($2.3 billion).