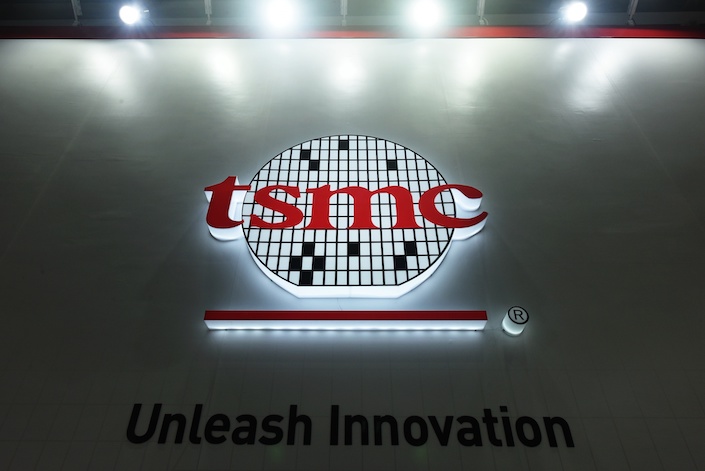 (Nikkei Asia) — Taiwan Semiconductor Manufacturing Co. (TSMC) confirmed Thursday that it is considering its first semiconductor chip production site in Japan as part of an expansion of its overseas manufacturing footprint to maintain long-term competitiveness.

C.C. Wei, CEO of TSMC, said the world's top chipmaker is conducting "due diligence" to determine the feasibility of a plant in Japan. Nikkei Asia earlier reported that TSMC is considering building a factory in the western prefecture of Kumamoto to address growing demand from Sony and other major customers.

"We are in the due diligence process now to have a specialty technology fab in Japan," TSMC Chairman Mark Liu said, referring to a chip fabrication plant. "It is still early to disclose the decision, because it will be based on our customer needs, operating efficiency evaluation and cost economics." The potential fab in Japan is not included in TSMC's three-year $100 billion capital investment plan, he said.

TSMC has not ruled out further expanding its production capacity in the U.S., and is continuing to ramp up capacity in China amid a push by major economies to bring more chipmaking activities onshore, Liu said.

"As the need for semiconductor infrastructure security has increased in recent years, we are expanding our global manufacturing footprint to sustain and enhance our competitive advantages and to better serve our customers in the new geopolitical environment," Liu said Thursday on an investors' call.

Liu confirmed for the first time that the $12 billion factory that TSMC is building in Arizona will start mass production in the first quarter of 2024. He said the first batch of engineers hired in the U.S. to staff the facility arrived in late April in Taiwan for training.

"We will continue to compress our schedule [for the project] as much as we can," Liu said.

TSMC also detailed its expansion plans for China, having previously said it will spend $2.8 billion there.

TSMC intends to increase capacity at its Nanjing factory by 60% to 40,000 wafers a month by the middle of 2023, the chairman said, to meet the "urgent needs" of customers. However, the expanded production there will use the less-advanced 28-nanometer technology — a few generations behind the chip plant in the U.S., which will use industry-leading 5-nm technology.

The moves are part of a shift in TSMC's long-term strategy of concentrating production in Taiwan, where it maintains the majority of its manufacturing operations, though Liu said his company is still expanding in Taiwan for its most cutting-edge chip production technology including 3-nm process.

The U.S. government pointed out in a recent supply chain review that the centralization of advanced chip production in Taiwan is a potential vulnerability for the semiconductor supply chain.

"Let me tell you ... everybody wants to have a peaceful Taiwan Strait,” Liu said on the call. “And not only because it is to every country's benefit, but also because of the semiconductor supply chain in Taiwan. No one wants to disrupt it."

TSMC said the global shortage of automotive chips will be "significantly reduced" starting this quarter. TSMC makes chips for automotive chip designers such as NXP, Infineon and Renesas and expects to increase output of micro control units, a key vehicle component, by close to 60% over the 2020 level.

TSMC said revenue for the July-September quarter is estimated to be between $14.6 billion and $14.9 billion, in line with the consensus forecast.

Some analysts said they worry that heavy and sustained capital spending could hurt TSMC's profitability, though others are optimistic about the company's outlook.

"We think margin pressure has gradually become a key concern,” Charlie Chan, an analyst with Morgan Stanley, said in a research note. “We do not see the stock as attractive, even with its quality nature.” Investing in TSMC's shares is "potentially dead money in the next 12–18 months," he said.

Mark Li, an analyst with Bernstein Research, said TSMC is likely to maintain its manufacturing leadership over the next few years. "For mid- to long term, we believe TSMC's outlook still stays strong,” Li said. “Despite the correction risk for the sector broadly next year, we believe TSMC is differentiated and won't be affected. TSMC's engagement with Intel is progressing steadily and will help TSMC's revenue grow substantially in 2023."