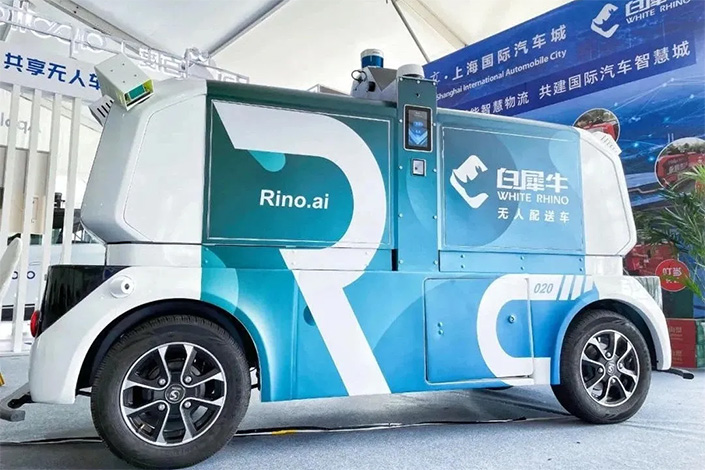 Chinese unmanned delivery vehicle startup White Rhino has raised nearly $10 million in its pre-series A funding round led by Linear Capital, as the firm has commercialized its technology in Shanghai.

Founded in 2019 in Beijing by Zhu Lei and Xia Tian, former members of Baidu’s autonomous driving team, White Rhino uses its autonomous vehicles for bulk grocery deliveries as such services are under less time pressure than takeout food delivery services and are sometimes too heavy for human couriers to transport.

Since September 2020, White Rhino has been using its autonomous delivery vehicles to transport grocery orders placed online for a Yonghui supermarket in Shanghai’s Jiading district, which is well-known for its welcoming attitude toward robotaxis. The service covers 14 residential communities near the supermarket, with each order delivered in 37 minutes on average. Supermarket employees are however needed to load the groceries into the vehicles.

Meituan, a Chinese lifestyle service and food delivery giant, has also been investing in unmanned delivery services. Earlier this month, the company unveiled plans to trial a drone-enabled autonomous delivery network in Shanghai.

Related: Meituan to Trial Delivery by Drone in Shanghai