By Steve Davis and Philip Welkhoff 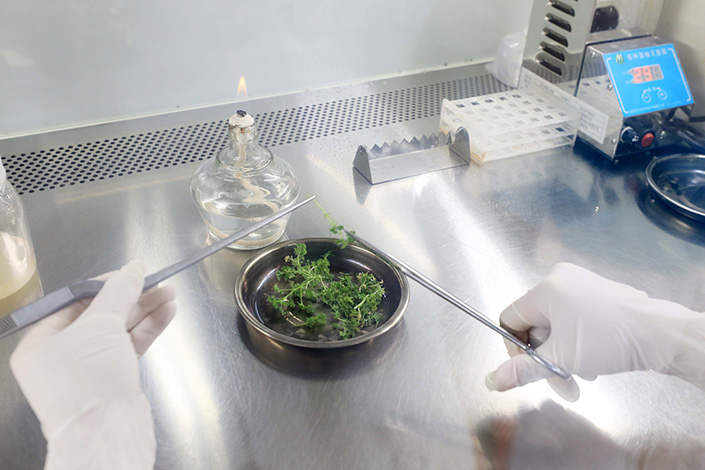 One way the Bill & Melinda Gates Foundation partners with China is by ensuring more artemisinin-based drugs and long-lasting insecticidal nets are available to those who need them. Photo: VCG

Last month, China was certified as malaria-free by the WHO. This is a remarkable achievement for a country that, when it was founded over 70 years ago, had 30 million cases each year. Only 40 countries and territories have been granted the certification and, in the WHO Western Pacific Region, China is the first country to be certified in more than three decades.

There was no silver bullet to China’s success. It was “hard-earned” and the result of “decades of targeted and sustained action,” said Tedros Adhanom Ghebreyesus, WHO director-general. Many factors underpin this feat. On a macro level, success was driven by China’s progress on two cross-cutting capabilities: improved primary health care and disease surveillance.

Specific to China’s efforts against malaria, innovation was also central to its success. Three key innovations in antimalarial drugs, tools and methods stand out:

• Artemisinin-based combination therapies (ACTs): Artemisinin is a compound discovered by Chinese Nobel laureate Tu Youyou and her team in 1972 that has since become the WHO-recommended standard treatment for malaria globally.

• Long-lasting insecticidal nets (LLINs): Bed nets treated with insecticides can effectively block transmission of the disease by female mosquitoes. In the 1980s, China was one of the first countries in the world to test the use of these nets, even before WHO recommended it.

• “1-3-7” malaria surveillance and response approach: This strategy entails reporting confirmed cases within one day, investigation of specific cases within three days, and targeted control measures to prevent further transmission within seven days. China developed the approach in the early 2000s and it quickly proved effective in its own national malaria elimination program, then it was highlighted as an effective surveillance model in WHO’s Malaria Surveillance, Monitoring & Evaluation: A Reference Manual (2018).

While we pause to celebrate a malaria-free China, we must also remember that we are still far from a malaria-free world. According to the 2020 World Malaria Report, there were roughly 229 million malaria cases in 2019 — more than 90% of them in Africa. Tragically, that year an estimated 409,000 people died from malaria, mostly children under age 5.

To the low- and middle-income countries that bear the brunt of these deaths, China’s experience is particularly hopeful. Much of China’s progress was made while it was still a low-income country using low-cost systems innovations. So in addition to helping China summarize its experiences towards malaria elimination at different phases, the foundation has been working with China to advance the fight against malaria on the African continent and in Southeast Asia.

One way we partner with China is by ensuring more artemisinin-based drugs and long-lasting insecticidal nets are available to those who need them. For these medical products and tools to be procured by low- and middle-income countries or international organizations, they must pass WHO prequalification. Therefore, we help Chinese partners and grantees improve their manufacturing facilities and operations to meet this standard.

Another way we partner with China is by adapting its “1-3-7” malaria surveillance model to local contexts. For example, we worked with Tanzania to adapt China’s approach into a “1-7” model pilot program. A recent study based on that effort showed that the locally tailored “1-7” approach can significantly reduce the malaria burden in pilot areas and could accelerate malaria control and elimination efforts. Now, WHO is looking to scale up China’s innovative approach in four high-burden-to-high-impact countries — Tanzania, Burkina Faso, Senegal, and Zambia.

Meanwhile, the foundation continues to identify and fund innovative efforts to biosynthesize artemisinin in order to lower the cost of anti-malarial drugs, while funding the identification of new active compounds that could be used in vector control to further accelerate the elimination of malaria globally.

China is now malaria-free and is evidence that a malaria-free world is possible. We are convinced, now more than ever, that together we can make that world a reality and eradicate malaria.