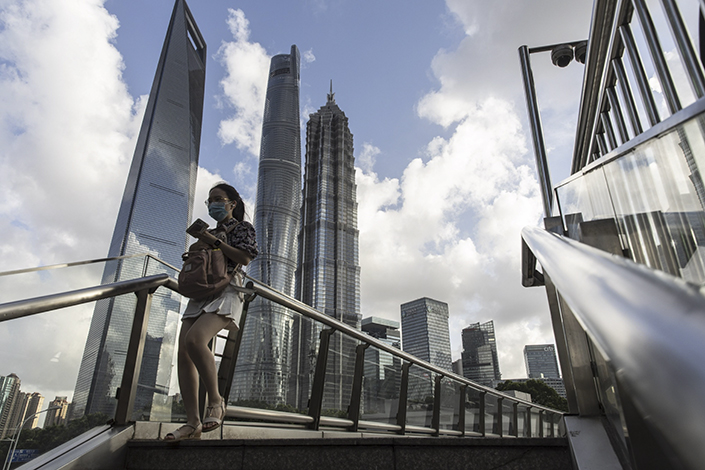 (Bloomberg) — While Chinese markets might look bleak at the moment, the biggest government bond sell-off of 2021 has some investors salivating at a buying opportunity.

Risk aversion swept the country and spread globally this week after China cracked down on private-education firms, part of the government’s new curbs on the technology industry. Bonds were no exception.

And, yet, bulls including Ashmore Group and Alpine Macro are undeterred. The drivers that have made Chinese bonds the best performers in the world this year are still in place. Their higher yields, lack of correlation with other markets and China’s conservative deployment of stimulus should keep investors interested, especially since near-zero interest rates remain the norm around the world.

“The Chinese bond market is very resilient,” said Gustavo Medeiros, London-based deputy head of research at Ashmore, which oversees about $94 billion in assets. “Chinese bonds are the only major bonds in the world that will actually provide a proper protection in a global systemic event because it’s the only central bank in the world that still has a big bazooka. And Chinese bond yields are trading at a higher level than the European or U.S. bonds.”

China’s stock market has been hammered this week after a sudden policy change on education companies — which built on crackdowns on technology firms — raised concerns that a swathe of industries may come into the crosshairs of regulators. The contagion spread to other assets Tuesday, sending the yield on benchmark 10-year government bonds up four basis points to 2.92% in the biggest sell-off since November.

The offshore yuan fell about 0.7% to the weakest level since April. It rebounded 0.2% on Wednesday morning in Asia.

Tuesday’s sell-off has been rare for a market that was seen as a magnet for foreign capital. Overseas funds net-bought China’s government bonds in all but one month since the start of 2020, pushing holdings to an unprecedented level in June. Those flows helped drive 10-year yields down 23 basis points this year, the most among major markets. The rally accelerated this month as policymakers reduced the reserve requirement ratio for the first time in more than a year to support economic growth.

“The recent events shouldn’t have any long-term impact on the yuan or bonds,” said Yan Wang, chief emerging-market and China strategist at Alpine Macro. “China hasn’t done large-scale fiscal and monetary stimulus. Compared with the massive fiscal deficit and massive current-account deficits in the U.S., the yuan is fundamentally sound.”

And even if the stock-market rout starts to tighten financial conditions and leads to an economic slowdown, the central bank may ease policies, Medeiros said. This should benefit the bonds.

Chinese debt may also see some support as some of their biggest investors include central banks with longer horizons. According to estimates from the Institute of International Finance, central banks’ reserve accumulation in yuan accounted for 60% of inflows into China government bonds in the first quarter and a third of flows last year.

“Half of foreign ownership of Chinese government bonds are foreign sovereign institutions, who are real money and long-term investors,” said Xing Zhaopeng, senior China strategist at Australia & New Zealand Banking Group Ltd. in Shanghai. “Despite the recent rout, the long-term outlook for China bonds remains the same as there won’t be any changes to index inclusion even with rising tensions with the U.S.”