Fisher: When It Comes to Picking China Stocks These Days, Boring Is Best 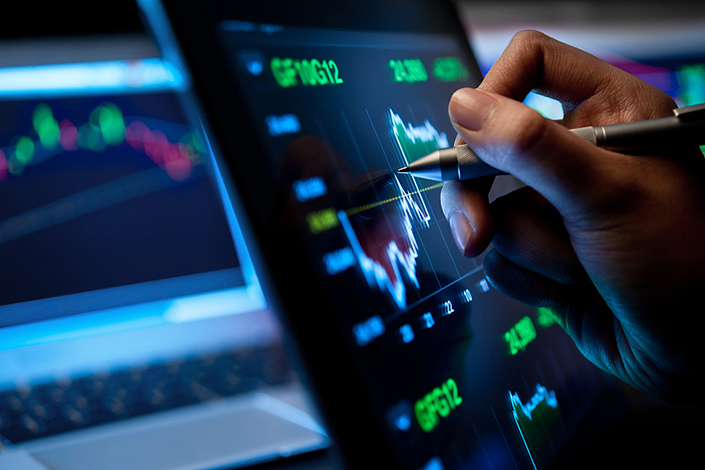 Now is the time to shun IPOs and stick with big, high-quality growth companies as their strong balance sheets, fat profit margins and market clout can weather the storm. Photo: VCG

Boom! That is how many Western pundits describe China’s red-hot IPO scene. New offerings are debuting record fast this year, often soaring sky-high immediately. Meanwhile, China’s hugest tech and tech-like companies struggle to keep pace. That sets a dangerous trap for you: Chasing wild speculations that are unlikely to play out as hoped, while downplaying businesses integral to China’s economy. Here’s what to do and why.

Among the Chinese markets’ biggest stories this year is giant tech and tech-like firms lagging. One easy way to see it: The Shanghai Composite Index’s divergence from the broader MSCI China Index. As detailed in my June 16 column, the latter is the only Chinese mainland benchmark that includes those tech and tech-like giants, most of which are listed in Hong Kong or the U.S. It rose just 0.7% in 2021’s first half, while the Shanghai Composite returned 5.9%. The MSCI China’s Tech component fell 5.5%. Communication services and consumer discretionary, containing many tech-like stocks, returned just 1.4% and -3.8%, respectively.

But the upstart ChiNext surged —up 14.2%. That, plus big Tech’s big lag, has Western pundits convinced boring, older giants’ best returns are behind them. They advocate switching into the next big thing. What better way for that, they argue, than to get in on the ground floor with one of the hot IPOs? From Kuaishou in February to June 30’s Didi, the hype kept growing. No price was too high, pundits said.

Don’t believe them. Chasing IPOs is a booby trap of overpriced stocks. When a company goes public, its goal is to raise money cheaply. If a new listing soars shortly after its issuance, that means the investment bank taking it public didn’t set the initial price high enough, costing the newly public company money missed. Earlier private investors who cashed out in the IPO missed potential returns. So IPOs generally price high.

Hype often drives big returns higher on the first few trading days. But then it dies down and rational market forces take over. Often, the price is soon near or even below the initial offering price. Just look at Didi Globlal Inc.’s first trading day on a U.S. exchange last month. Just after the opening bell, it popped 20%! By day’s end, though, it was just 1% above the initial price. A dud by a speculator’s standard. But a great success from an investment banker’s perspective.

Didi’s early ride isn’t unique. Most 2021 Chinese IPOs soared at first and then fell back to earth. Over the past six months, Chinese domiciled IPOs, including Hong Kong listings, had an astounding 83.5% median first-day return. Hence, the hype. But the party didn’t last. Over the next month after that pop, the median return was -12.5%. Over the next three months, -14.2%. That first-day pop is mostly impossible for normal folks to achieve, given the intense interest. By the time retail investors can actually buy on IPO day, much of that early gain is past.

Now, these are just averages. And the returns are very short-term. Companies’ first few months of public trading don’t dictate their future. Some offerings might indeed have the staying power and big long-term returns of a Tencent Holdings Ltd., Baidu Inc. or Alibaba Group Holding Ltd. Problem is, that far future is unknowable now. Markets usually only pre-price circumstances approximately 30 months ahead, not the distant future. It takes far longer for commercial vicissitudes to thin the herd, determining real winners and losers. Some firms realize their full potential only years later. Trying to identify those winners now is like looking for needles in haystacks.

America’s long IPO history shows this well. In the early 1980s, Apple was one of many small computer companies. It lacked IBM’s reach and was easily dethroned by Microsoft a decade later. As late as 1997, it traded near its IPO price. It didn’t become a huge market success story until the 21st century, two decades after going public. For most of its early life, it simply frustrated those hoping for quick riches as the personal computing era began. Meanwhile, most other small computer IPOs actually went bankrupt.

Another problem: This IPO frenzy is additional strong evidence we are late in this bull market, not early, as I’ve said in my columns for fully a year. This isn’t just a case of investors flocking to firms benefiting from China’s world-leading post-pandemic recovery. The IPO party is fully global. That doesn’t happen early in bull markets, when sentiment is depressed and few want wild speculative risks. It happens late, when sentiment hurtles higher toward euphoria and greed drives investors’ decisions. I don’t think a bear market is imminent. But it is probably closer than most people think.

That makes this a time to stick with big, high-quality “growth” stocks. Not speculative upstarts. Those supposedly boring big growth giants everyone soured on are great for what’s ahead for two very different reasons.

First, they have the strong balance sheets, pricing power, fat gross operating profit margins and commercial market clout to weather storms — with proven ability to grow through thick and thin. And, after 2021’s lag, they are now unloved. That makes them ripe for upside surprise as happened in the spring of 2020 after Covid’s bottom. Second, this bull market’s late-stage status presents another problem for those loading up on IPOs: Many are small and illiquid. They become liquidity traps when a bear market hits — losing liquidity quickly. In typical bear markets small, illiquid stocks get killed relative to other stocks but are hard to sell without imploding them further. When the next bear market comes you want hugely liquid stocks that remain easy to sell. Untested, speculative companies aren’t that. But big, boring growth stocks are.

The best time for 2021’s IPOs comes after they are battle tested and you can separate the wheat from the chaff. Wait until you see how management navigates interim troubles. Make sure it isn’t an outlier within its sector — if it is up big while the rest of the sector is down, it is a warning something weird is afoot. Track its gross operating profit margins to determine whether they have enduring product pricing power. Weigh investors’ expectations for its future to ensure they aren’t irrationally high. For the vast majority, if not all, of 2021’s newly public Chinese firms, the time for this process comes after the next bear market — where their real long-term profits will be found.