Opinion: How Strong Is Foreign Demand for Chinese Government Bonds? 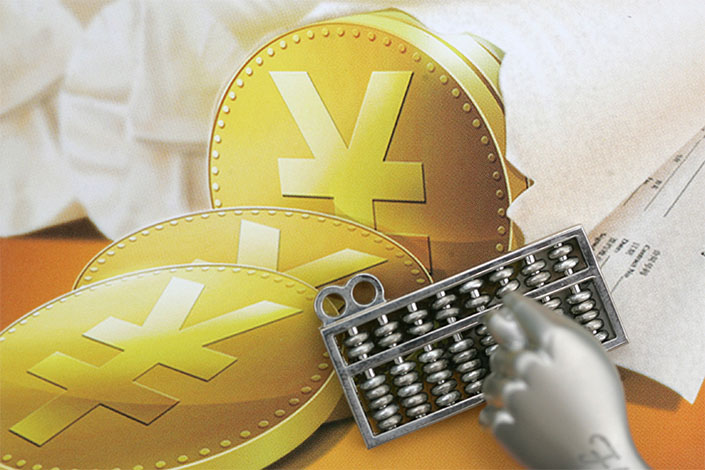 Since the outbreak of the Covid-19 pandemic, we have observed significant foreign capital inflows into Chinese government bonds (CGB). Looking ahead, will foreign investors’ demand for CGBs remain resilient? We see CGBs’ attributes as a safe-haven asset: the attractive returns from investing in CGBs, and their role in risk diversification, and believe that foreign investors will continue to buy them. In addition, as CGBs are included in global indexes, and as China steps up opening capital account and deepens financial reforms, the Chinese bond market will be gradually integrated into global markets, which will in turn trigger both active and passive inflows of foreign capital into CGBs, in our view.

Since the global outbreak of the Covid-19 pandemic, total foreign capital inflows into CGBs have reached $116.1 billion, according to ChinaBond data. Since the beginning of this year, foreign capital inflows have shown strong momentum, totaling $37.7 billion. To cope with the pandemic’s shocks to the economy, developed countries, especially the U.S. and those in Europe, have launched unprecedented quantitative easing programs, which have brought abundant liquidity into capital markets. Historically, when the U.S. and Europe have launched quantitative easing programs, liquidity has often flowed into emerging markets in pursuit of greater returns. However, this time is different. According to data from EPFR Global, excluding China, cumulative capital inflows into the stock markets of emerging countries have been only slightly higher than before the pandemic. Since the Covid-19 outbreak, local currency-denominated government bonds in emerging markets excluding China still witnessed net capital outflows. In contrast, China’s local currency-denominated assets have shown strong resilience and attractiveness during the same period. In other words, most of the liquidity released by the developed markets during the pandemic has either circulated within the developed market system, or flowed out to China. The question is, after the pandemic ends, can China’s local currency-denominated assets, especially CGBs, continue to attract foreign capital inflows? We conduct our analysis from three perspectives.

First, compared with government bonds from other emerging markets, CGBs have been showing stronger safe-haven attributes. By examining the performance of treasury bonds and the net inflow of foreign capital under the three major shocks to emerging markets after the global financial crisis, we find that CGBs have showed strong resilience. Amid risk-off periods, returns on CGBs are significantly higher than those of local currency-denominated government bonds in typical emerging markets, and are roughly on a par with government bonds of developed countries. In the initial stage of the Covid-19 pandemic last year, driven by term premiums, the yields of government bonds in emerging markets — and even in some developed countries generally rose sharply — while CGB yields were edging lower. In addition, from the perspective of net foreign inflows, local currency-denominated bonds in emerging markets experienced a large amount of net outflows at the time, while net outflows from CGBs were subdued. Although CGBs also underwent foreign capital outflows in March and April last year, first, the net outflows were short-lived and the magnitude was contained; and second, as investors dashed for cash, global government bonds suffered from sell-offs to varying degrees, and U.S. Treasuries were no exception. From the perspective of returns and capital flows, the behavioral pattern related to CGBs since the beginning of the pandemic tends to indicate that its role as a safe-haven asset has strengthened.

Second, CGBs deliver attractive returns. We expect that the yields of 10-year CGBs will be largely range-bound in the second half of 2021, with the risk to the downside. Given the marginally tightening monetary policies in a number of countries, rising average global interest rates, and more importantly, the reasonably ample liquidity in the Chinese market, the downside for CGBs’ long-end interest rates should be limited, in our view. Although the China-U.S. yield spread will likely continue to narrow in the second half in our view, assuming that the 10-year U.S. Treasury yield rises to 2.0% at the end of 2021 and the yield on 10-year CGBs drops to 3.0%, the 10-year yield spread will still be 100 basis points, higher than the historical average. In addition, we expect the short-end yield spread between China and the U.S. to remain stable within the range of 150 basis points to 200 basis points in the second half, still an attractive yield pick-up.

In developed markets, the yields on German and Japanese government bonds remain near zero, and we expect the yield on 10-year U.S. Treasurys to rise by 100 basis points over the next year or so amid inflationary pressure. In contrast, regarding the yuan yield curve, yields remain appealing in terms of both dynamic and static returns. On the other hand, compared with high-yielding emerging markets (since the pandemic, average interest rates in emerging markets have declined significantly, weakening their spread advantages), CGBs can provide higher risk-adjusted returns, and the exchange rate risk is also relatively contained.

Sources of foreign demand for CGBs can be roughly divided into three categories: central banks and sovereign wealth funds, index-tracking mutual funds, and absolute-return funds. The first two types of investors are not very sensitive to interest rates, so their holdings of government bonds are relatively :sticky.” Since the launch of the Bond Connect, net purchases from these two types of investors have accounted for an absolute majority. The first type of investors holds CGBs mainly in order to increase yuan exposures, and to diversify foreign exchange risks. As such, they generally do not engage in foreign exchange hedging. According to statistics from the Bank for International Settlements, when mutual funds purchase foreign bonds, they usually choose to hedge foreign exchange risks in 60% to 70% of the cases. So what is the current spread between Chinese and U.S. 10-year Treasury bond yields considering the cost of forex hedging? In fact, the spread turned negative at the end of last year and is currently fluctuating around minus 100 basis points. Since these mutual funds often adopt passive investing, that is, tracking the index(es), they have increased their CGB holdings, even when such spreads have kept narrowing or even turned negative in the past two or three quarters. The rate of return, or yield spread, is an important factor for the third type: absolute-return funds. As the short-end yield spreads between China and the U.S. have stabilized at wide levels and are likely to remain wide in the second half of 2021, and as these funds don’t expect yuan to move on a weakening trend, they have mainly chosen to long short-to medium-end CGBs without hedging foreign exchange risks. From the perspective of active funds, whether CGBs can bring additional risk-adjusted returns to their existing investment portfolios is another important deciding factor. In the following section, we examine in detail whether CGBs can boost the performance of global investment portfolios.

Third, CGBs help enhance the risk-adjusted returns of global investment portfolios. The key to determine whether an asset can push forward the efficient frontier, thereby improving the risk-reward profile of the portfolio, is to examine the asset’s rate of returns and its correlation with other assets in the portfolio. CGBs show solid performances in both aspects. As we’ve analyzed the first factor in the section above, we’ll next focus on the analysis of the correlation between CGBs and other assets. Specifically, our focus will be on CGB’s correlation with U.S. Treasurys, or sensitivity to U.S. Treasurys.

On the surface, U.S. Treasurys and CGBs seem closely correlated, in terms of the level of yields, but this, in fact, does not mean that U.S. Treasury yields have a strong spillover effect on CGB yields, or that the former causes the latter. The underlying reason behind the seemingly close relationship between the two is that cycles in the yields on U.S. Treasurys and CGBs are driven by the common fundamental factor, which is, to a large extent, the economic cycles of China and the U.S.

Looking ahead, we believe that foreign investors will continuously increase their holdings of CGBs overall. From the perspective of active investing, the higher yields on CGBs and the lower sensitivity to U.S. bonds could help enhance the risk-adjusted returns of global investment portfolios. From the perspective of passive investing, the inclusion of CGBs into the FTSE World Government Bond Index this October means that about $110 billion in foreign capital will flow into CGBs in the next three years, about 8% of the net supply of CGBs. So far, foreign investors account for about 10% of total CGB holdings, far below the average level of 20% in emerging markets. As CGBs are included in global indexes, and as China steps up opening capital account and deepens financial reforms, the Chinese bond market will be gradually integrated into the global markets, which will in turn trigger both active and passive inflows of foreign capital into CGBs, in our view. Therefore, we believe that the strong overseas demand for CGBs is becoming “normal.”