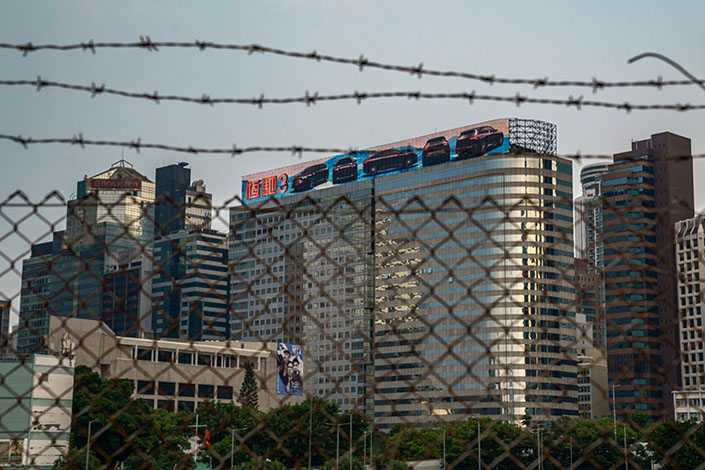 (Bloomberg) — China Evergrande Group has agreed to sell stakes in its internet unit for a total of HK$3.25 billion ($418 million), in a further bid to ease funding pressure.

The developer will sell 7% of Hong Kong-listed HengTen Networks Group Ltd. at HK$3.2 apiece to a unit of Tencent Holdings Ltd. for HK$2.07 billion, according to an exchange filing on Sunday. Evergrande also agreed to sell a 4% stake to an unidentified buyer for HK$1.18 billion.

Evergrande has resorted to offloading assets and spinoffs, as it tries to reassure investors about its financial heath and meet China’s so-called “Three Red Lines” — requirements that curb developer debt ratios. So far it’s struggled, with its stocks and bonds sinking last month. The world’s most indebted developer was downgraded by S&P Global Ratings and Fitch Ratings in recent days due to its weakening access to funds and liquidity position.

Prior to the transaction, the developer had a 37.55% stake in the company, while Tencent held 16.9%, according to disclosures to the exchange. Evergrande’s stake will go down to 26.55% and Tencent’s holdings will increase to 23.9% after the sale, the filing showed.

It marks Evergrande’s second reduction in ownership of the internet unit in more than a month. In late June, it offloaded part of its stake to Ke Liming, owner of a HengTen subsidiary Pumpkin Films Ltd.

The deal may help Tencent “protect its existing investment from further turmoil related to Evergrande’s finances,” Matthew Kanterman, a tech analyst at Bloomberg Intelligence, said in a note Monday. It may also align Tencent with authorities who are scrutinizing both the tech and property sectors.

HengTen shares surged as much as 55% in Hong Kong trading on Monday morning. Evergrande rose as much as 2.7% before erasing the gains to trade 2.5% lower at 9:51 a.m. local time. The developer has dropped 66% this year.

The Shenzhen-based developer has $80 billion worth of equity in nonproperty businesses that could help generate liquidity if sold, Agnes Wong, a Hong Kong-based analyst with BNP Paribas SA, wrote in a June report. Other potential sources of future funding include placements of its listed electric-vehicle and property management units, and IPO offerings for arms including its beverage business, online home and car sales platform FCB Group, and amusement park and tourism properties, according to Fitch Ratings.

Evergrande has agreed to provide a five-year loan of HK$2.07 billion to HengTen to support its business development, the company added in the filing.