Opinion: There’s Only One Model That Works for U.S.-China Relations 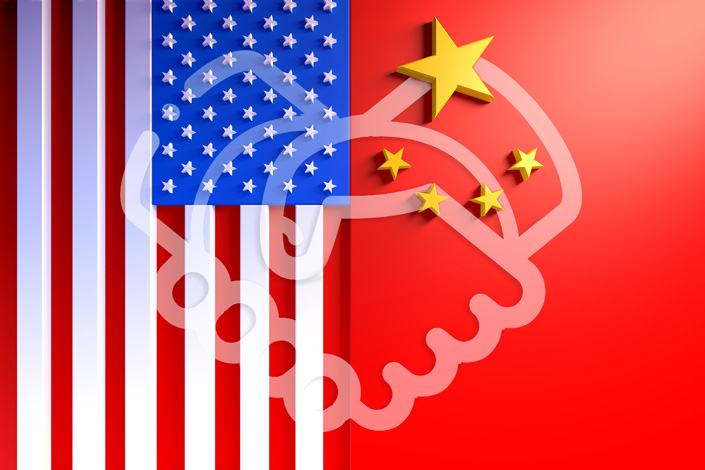 The American and Chinese presidents have to each appoint a very senior, serious, experienced and highly trusted individual to work together and build a relationship of trust as both countries have a disproportionate responsibility to lead the world.Photo: VCG

The U.S.-China relationship is and will be both the most important bilateral relationship of this century, and the one which will drive or create in large measure the world in which we all will live. In general, I am skeptical of the tweaking statements about inflection points or decoupling or Cold War analogies. For me, these kinds of statements are mostly emotional, provocative, not helpful and wrong. I think we’re better off looking at the long term and the trajectory of the dynamics trends and forces creating that long term.

Recently, I have taken to looking at the mid-21st century, the year 2050 or thereabouts. The best estimates are that the world’s population in 2050 will be about 10 billion people. Today we are approximately 7.8 billion. The incremental 2.2 billion ― more than half of them will come from 9 countries: India, Nigeria, the Democratic Republic of the Congo, Pakistan, Ethiopia, Tanzania, the United States, Uganda and Indonesia. In 2050, as now, a small percentage of the world’s countries will represent 65% to 70% of the global GDP ― maybe the top 10 countries will represent that.

In that world, in which very few countries dominate the global GDP, and in which the incremental 2-plus billion people are coming from very poor countries, does any serious thinking person believe the world would be better off with the rich countries primarily arguing or even fighting amongst themselves, while the rest of the vast percentage of the world remains poor, malnourished, victims of climate change, sources of migration and disease and poverty? Or do the wealthy most powerful countries have a responsibility to work together to lead the world to a safer, more prosperous, harmonious place? Isn’t the answer obvious? If the answer is so obvious, then why does it feel or seem that at least some maybe many of the world’s richest most powerful countries do not seem to be animated or motivated by such a collective goal?

There are a myriad of answers to this question, but it certainly includes a penchant for being captured or trapped by the past’s old thinking, as well as a fear of change, of losing one’s place. Whatever the reasons, surely the world’s two most powerful countries, the U.S. and China, have a disproportionate responsibility to lead the world. Of course, with others. And there is no reason why they cannot do this.

In fact, we have a unique asset at this very moment in history, which we have never had before. An extraordinarily powerful asset: the newly elected U.S. President Joe Biden has a pre-existing relationship with the Chinese President Xi Jinping. When President Biden and Xi were vice presidents of their countries, they spent extensive, continuous, informal time with one another, probably more genuine private time than any two U.S. and Chinese presidents have ever spent with one another. This is a gift from providence. We cannot throw this asset away. Indeed, we must use it to its fullest extent.

Knowing the two presidents, Biden and Xi, as people, as human beings, as leaders, does anyone think that a well-conceived meeting, one on one, between the two of them, would be anything other than a strong, good, healthy, warm and productive meeting? And knowing what we know about the two countries and their positions in the world, does anyone think such a good meeting would not be well-received by the American and Chinese people, or by people all over the world? Of course, it would. This is not that difficult, and there is a screamingly obvious place to start: the climate change conference in Glasgow. The issue of climate is a global one, it is larger and more important than the U.S. and China. The entire thinking world wants it to be solved or well-managed. The two leading countries must lead on the solution or it will not be solved. Everyone knows this.

Tellingly, the two presidents are following the only path, the only modus operandi, that works in the U.S.-China relations ― one might call this the Zhou Enlai-Kissinger model, or, more recently, the Liu He-Lighthizer model. The only model that we know works is when the U.S. and Chinese presidents each appoint a very senior, serious, experienced, highly trusted individual. And together the two presidents instruct the two people to get into a metaphysical room, truly work together, build a relationship of trust and do not come out until they have solved the problem. The two presidents have done just that with the appointment of John Kerry and Xie Zhenhua.

Meanwhile, it would be helpful, while the two are doing their work, if the two sides moderated their language about all other matters. No other matter by definition is as important as the existence of the planet. Mankind has to exist for all other matters to have an opportunity to flourish and or be addressed. This is a point of simple compelling priority. Both presidents have publicly said that they will cooperate on climate irrespective of other issues. Both should instruct their senior leaders to give the existential issue a real chance to get resolved.

Finally, to state the obvious, success on climate will demonstrate yet again that the U.S. in China working together can lead the world to a better safer, healthier, more harmonious existence. This is good for both countries and the world and gives hope and a concrete model, that all other gnarly complex problems can likewise be addressed by the two leading countries working together with others for the collective benefit of their countries, their peoples and the world.

John L. Thornton is chair emeritus at the Brookings Institution and co-chair of the Asia Society. The article was based on a speech he delivered at a Center for China and Globalization event on July 30.