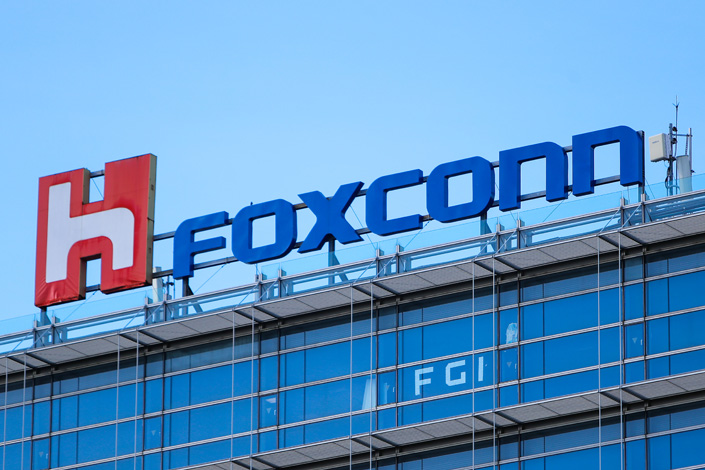 (Nikkei Asia) — Foxconn, the world’s largest contract electronics producer, on Thursday said it will build electric vehicle (EV) manufacturing facilities in the U.S. and Thailand next year, as the key iPhone assembler accelerates efforts to catch the rising EV wave to offset the slowing smartphone industry.

The iPhone assembler also set up a software and hardware open platform, the MIH EV Open Platform — which includes a chassis, electronic architecture and support for autonomous driving — to shorten development time for automakers, especially EV newcomers, to turn out cars.

Liu said the Thailand plant will be part of Foxconn’s joint venture with Thai oil and gas conglomerate PTT to develop a platform for EV and component production, while adding that the facility will address the Thai market initially and gradually export to countries in the Association of Southeast Asian Nations. Planned annual capacity there will reach 150,000 to 200,000 EVs, the chairman said.

The U.S. plant, meanwhile, will serve clients such as American EV startup Fisker, for which the company will begin building EVs by the end of 2023, Liu said.

Taiwan-based Foxconn has already ruled out Mexico as a location, but is in negotiations with three states in the U.S. to build its first EV manufacturing plant in North America, Nikkei Asia has learned. Those include Wisconsin, which just agreed with Foxconn to amend its former plan of investing $10 billion in the state — a promise Foxconn made in 2017.

The company last week also announced plans to buy a chip facility from a leading Taiwan memory chipmaker for NT$2.52 billion ($90 million) in the northern Taiwan city of Hsinchu, as a strategic move to secure a source of semiconductors for its nascent electric vehicle business amid an unprecedented global chip crunch.

"We don’t comment on a single client or a product. But I must say we are still confident about our relations with our clients," Liu said. "Besides, we don’t just stand still when facing competition. Our longing for growth, strength and flexibility is what makes us stand out in the industry and what clients value about us."

Foxconn also said Thursday that its net profit surged 30% to NT$29.8 billion in the April-to-June quarter from the same period a year ago — the highest record over the same three-month period in the company’s history.

Foxconn’s revenue also grew nearly 27% to a new high of NT$3.11 trillion in the first seven months of 2021 from the same period last year, driven by the robust stay-at-home demand for devices including smartphones, PCs, servers, game consoles and networking equipment.