Hong Kong Projects 2021 Growth of as Much as 6.5% as Spending Rebounds 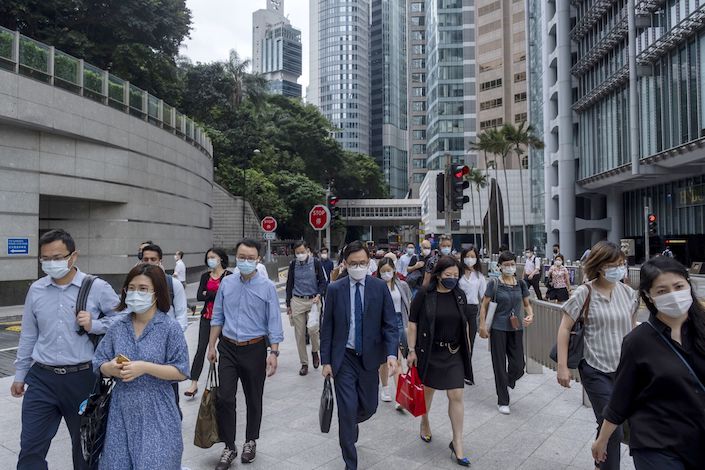 (Bloomberg) — Hong Kong raised its economic growth forecast for 2021 as the government slowly eases virus control measures and cash vouchers help to drive spending in a city hit by the pandemic and previous social unrest.

The city now projects gross domestic product growth of 5.5% to 6.5% this year, compared with an earlier range of 3.5% to 5.5%, the statistics department said Friday in a release.

The government also raised its year-on-year GDP growth figure for the second quarter to 7.6% from an advanced reading of 7.5%. On a quarter-on-quarter basis, a better reflection of growth momentum, GDP shrank 0.9%, the finalized data showed. The forecast for underlying inflation was maintained at 1%.

“Domestically, if the epidemic remains stable, the improving labor market and the boost from the consumption voucher scheme will help stimulate consumer demand,” government economists said Friday at a briefing. Vaccination is essential to “a fully-fledged economic recovery,” they said.

Hong Kong’s economy has faced an uneven recovery from two years of contraction, with retailers and tourism-related businesses particularly hard hit as borders remain shut and travel was curtailed to stop the spread of the virus.

Financial services and the property market are booming, though. Home prices jumped to the highest level since records began in 1993 on low mortgage rates and rising demand, a separate report showed.

The unbalanced recovery has exposed deepening wealth imbalances between the city’s working class and elite. Tourism, consumer and services industries are the biggest employers of many of Hong Kong’s working class.

In a sign of improvement, the unemployment rate in consumption and tourism-related sectors fell visibly in the second quarter, according to government economists.

Consumer spending also picked up sharply, growing 6.8% in the second quarter from a year ago, up from 2.1% in the first three months of the year.

The government has begun distributing HK$5,000 ($642) consumption vouchers to eligible residents to encourage spending. The program will cost an estimated HK$36 billion and provide a 0.7 percentage-point bump to this year’s GDP, according to an April government report.