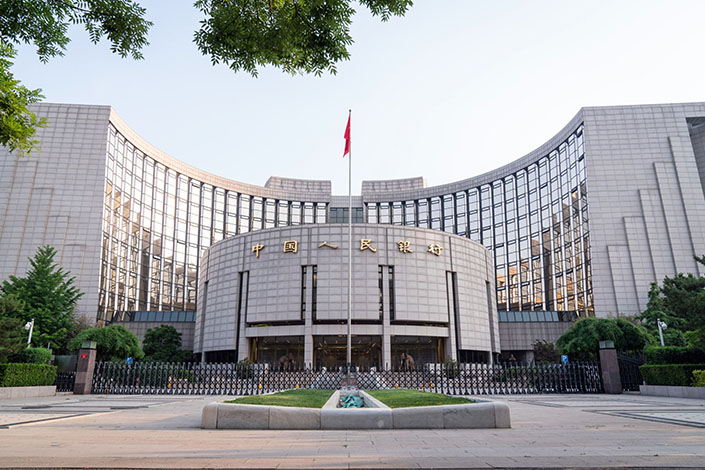 The headquarters of the People’s Bank of China in Beijing on May 19. Photo: Bloomberg

(Bloomberg) — China’s central bank rolled over a portion of medium-term policy loans coming due, a move to support economic growth amid a resurgence of Covid cases.

The People’s Bank of China (PBOC) injected 600 billion yuan ($92.6 billion) into the financial system through its medium-term lending facility, close to the 700 billion yuan maturing Tuesday. It kept the rate unchanged at 2.95%, while also adding 10 billion yuan via seven-day reverse repurchase agreements in its open-market operations, matching the amount maturing.

The liquidity operations are being closely watched for clues on the PBOC’s policy stance and come after an unexpected acceleration in inflation caused the biggest rout in Chinese government bonds in a year. Asia’s second-biggest government debt market had rallied for the previous eight weeks, thanks in part to speculation the central bank would unleash more easing after reducing the reserve requirement ratio last month.

Out of 13 analysts surveyed by Bloomberg prior to the operations, 11 expected the PBOC to reduce the amount of funding, while two saw the central bank rolling over all 700 billion yuan of the loans falling due. A majority predicted that policymakers would keep the medium-term lending facilities rate unchanged.

Credit in the nation grew at the slowest pace since February 2020 in July, with the slowdown exacerbated by a drop in shadow banking.