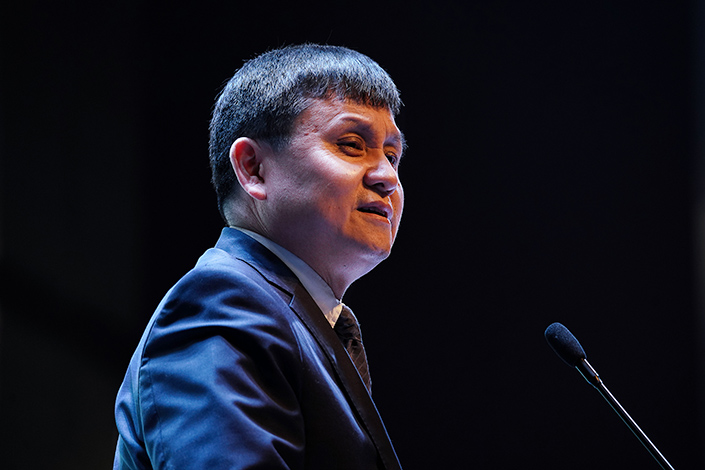 Although the criticism toward Zhang Wenhong, accused of academic fraud, has been fierce, he has received support from the public. This reaction is correct, moving and comforting. It shows that Zhang, an upright man who has protected, helped and cured the public, is now seeing the favor returned from a group of right-minded people.

Zhang has not commented on the accusations against him, and the public has done their best to protect him from being hit by “sucker punches.” Righteous people will always help each other. That’s why uprightness will forever prevail.

The Fudan University Graduate School issued a response to the report that brought up the problems in Zhang Wenhong’s doctoral dissertation. I think this response from Fudan Univerisity is necessary and also shows their responsibility toward Zhang. Once there are reports of academic fraud, the relevant institution should take action and let the academic community judge and adjudicate what is right and what is wrong. So how should we view a thesis written 20 years ago? Should it be reviewed according to the current standards? What were the requirements for literature reviews back then? Is the problem with Zhang’s doctoral dissertation “misconduct” or just a “flaw?” To answer these questions, we need the help of the academic community.

Although academic fraud is of course very wrong, the decision to entrust the academic community to judge the case should be respected. Even if the accusations made against Zhang can be seen as “playing dirty,” this has nothing to do with academic supervision, and Fudan University and Zhang will not have to fear that the issue will be handled unprofessionally.

The people protecting Zhang online are not just defending a person, but also professionalism, integrity, uprightness and kindness. We can be confident that righteousness will once again prevail.

The reason people are disgusted by the accusations made toward Zhang, is not because they believe him to be a perfect man, nor is it because of Zhang’s outstanding performance in the fight against the pandemic. The people protecting him will not deny any criticism of him just because they like him. They do just not think it is fair that someone tries to discredit him just because that person disagrees with his views.

As our society is suffering from this ugly side of human nature, we are extra sensitive about these kinds of accusations. A doctor, who stood on the frontline in the fight against the pandemic has been stabbed in the back. If people can get away with betrayals like this, it would send shivers down the spines of a thousand doctors. Our doctors are the backbone of the fight against the pandemic and Zhang is one of the best representatives of this group.

Since the outbreak of Covid-19, Zhang has been active in the professional and the public arenas as a doctor and as a scientist.

At every critical point, he was there to give us valuable reminders in his unique way. He supported not only those who needed him in the wards, but also the public, bringing hope to people suffering from anxiety, fear, and despair due to the pandemic. This has made people especially dependent on him, both professionally and psychologically. People trust his words and gain strength from his judgment. He understands science and even better understands human kindness. He always thinks from the perspective of ordinary people, representing the integrity of doctors. To some extent, Zhang is a symbol of science that has accompanied ordinary people in their fight against the pandemic.

After spending more than one year in someone’s “company,” we can tell for ourselves whether that person has integrity. People have shown such a strong will to protect Zhang because of their trust in his personal integrity and because they want to protect basic social justice. If we cannot protect such a gentle, restrained and rational person, do we deserve the protection of kind people, nice doctors and brave people in return?

No one thinks of Zhang is a saint. In fact, he has become popular because he deliberately distances himself from the image of a saint and because he thinks and speaks like an ordinary person, while being gentle and firm. The call to protect Zhang is not an attempt to hide his shortcomings. This also isn’t what Fudan University wishes to do. They do so because they are disgusted by those trying to deliberately frame or slander others. The attacks on Zhang are nothing new. For more than a year, these instigators have been trying to drag Zhang’s name through the mud, trying to use public opinion as a weapon to force a confession.

The academic committee and the public both have their ways of telling right from wrong, and we strongly believe that Fudan University will give a professional and impartial judgment. For many, whether or not there are flaws in his paper will not affect their admiration of Zhang’s knowledge, contribution and public spirit during the pandemic, as people’s respect for him has nothing to do with a paper he wrote 20 years ago. We should be kind to doers and scientists, kind to people’s beliefs and kind to the public will.