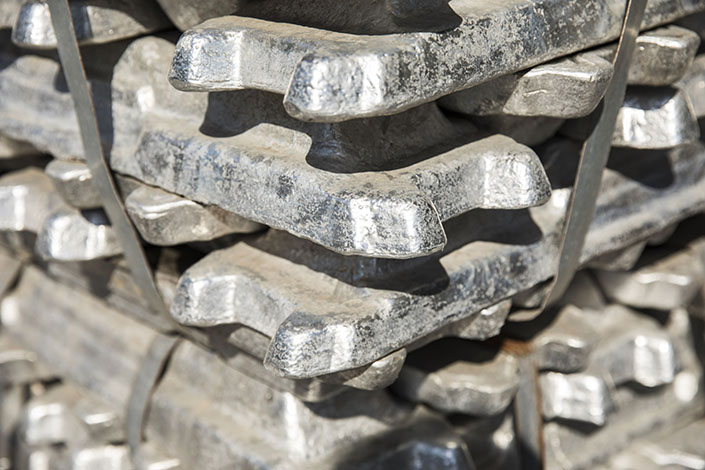 Bundles of aluminum ingots sit stacked on the side of a road near a China National Materials Storage and Transportation Corp. stockyard in Wuxi, East China Jiangsu province, in August 2018. Photo: Bloomberg

(Bloomberg) — Six companies tied to Chinese billionaire Liu Zhongtian were convicted in the U.S. of disguising aluminum shipments to avoid paying $1.8 billion in customs duties and to boost the value of China Zhongwang Holdings Ltd.

Zhongwang had no immediate comment on the verdict. The six companies are scheduled to be sentenced on Dec. 13.

Liu and Zhongwang, China’s biggest producer of the aluminum used in auto parts and construction, were also charged by the U.S. but they have yet to appear in court, according to the Justice Department.

When the charges were filed in 2019, Zhongwang denied any wrongdoing and said it strictly abides by Chinese and overseas laws, and that neither it nor Liu had received notice of any legal proceedings.