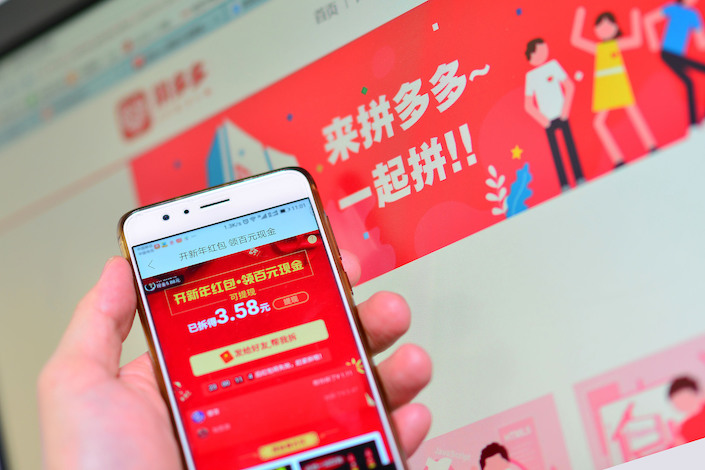 (Bloomberg) — Pinduoduo Inc. posted its first-ever quarterly net profit as a public company Tuesday and pledged to donate those and future earnings toward the development of agriculture until it’s given away 10 billion yuan ($1.5 billion).

The company said the philanthropic initiative — already approved by the board of directors — is intended to address critical needs in agricultural and rural areas. Pinduoduo’s American depositary receipts surged 15% in New York as the market opened as with other listed Chinese stocks rebounded from a regulatory crackdown.

“This is an important and challenging task, which we will invest in patiently,” Chief Executive Officer Chen Lei said in a statement. “All profits from the second quarter and any potential profits in future quarters will first be allocated toward this initiative until the total 10 billion yuan commitment is fulfilled.”

Rivals including Alibaba Group Holding Ltd. and JD.com Inc. reported slowing growth in the face of regulatory curbs. Since kicking off a crackdown on the internet industry 10 months ago, Chinese President Xi Jinping’s government has rolled out new rules to eradicate anti-competitive and unfair business practices while stepping up oversight of areas from data security to online content. In response, online retailers have embarked on a spending spree to seek new avenues for growth, though most of the initiatives have yet to pay dividends.

At Pinduoduo, the company has been expanding in areas such as community group buying — a crowded field that also includes Alibaba and Meituan — as well as in agriculture and infrastructure.

Active buyers climbed to 849.9 million in the 12 months through June, Pinduoduo said Tuesday. That compares with 828 million active consumers at rival Alibaba’s China retail marketplaces. Alibaba and JD.com in recent years have pushed new businesses to capture less-affluent users in lower-tier cities and villages, areas that have traditionally been strongholds for Pinduoduo.

“While the user growth trend is likely to moderate given the large base, we believe user purchase frequency and engagement on the platform remain solid, which could translate to reasonable GMV [growth merchandise volume] growth,” Citigroup analyst Alicia Yap wrote in a note earlier this month.

Pinduoduo’s agriculture initiative is among the more radical among philanthropic endeavors unveiled this year by China’s embattled tech enterprises. ByteDance Ltd.’s Zhang Yiming and Pinduoduo’s own co-founder Colin Huang are among Chinese entrepreneurs who announced charitable efforts in quick succession in recent months, heeding the president’s call to share the wealth. China outlined a plan last week for “common prosperity” that includes income regulation and redistribution, a sign that scrutiny of the tech sector may be expanding into the extreme wealth generated for founders like Tencent’s Pony Ma.