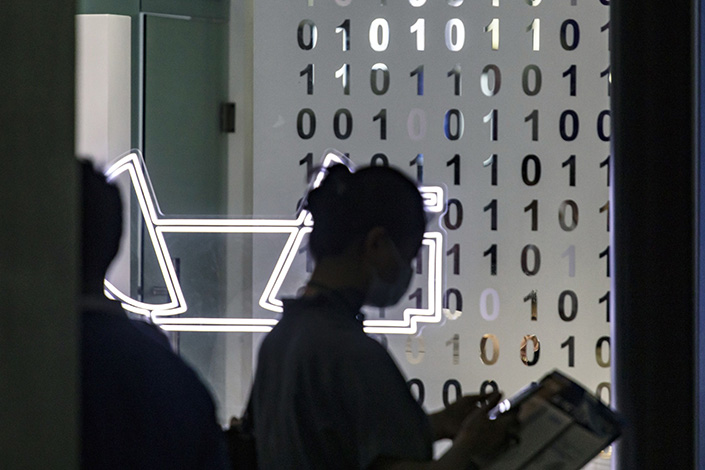 Traders responded to a report that the government intends to break up Ant Group Co.’s Alipay business, a Friday statement calling for better protection of gig economy workers’ rights and the latest warning against blocking links to rival services. The Hang Seng Tech Index finished 2.3% lower, with Meituan, Alibaba Group Holding and Tencent Holdings Ltd. dragging on the gauge. Chinese stocks listed in the U.S. fell in premarket trading.

Major platform operators must review working conditions of gig economy workers to ensure their rights on income and safety, according to a government statement issued late Friday. That came after a meeting between four government agencies and 10 major platform companies, including Meituan, Alibaba and Tencent.

Separately, China is seeking to break up Ant Group Co.’s Alipay and create a separate app for its loan business, the Financial Times reported, citing people familiar with the plan. Regulators have already ordered the company to separate the back end of the lending unit from the rest of its financial offerings and bring in outside shareholders, it said.

“I believe the market is still finding the bottom valuation of Chinese internet stocks,” said Fan Cheuk Wan, Asia chief investment officer for Private Banking and Wealth Management at HSBC Holdings Plc, on Bloomberg TV. “The regulatory tightening is not yet over. We think the market will remain volatile. Companies will still be very sensitive to news.”

Chinese authorities told internet companies to rectify wrongdoing at several gatherings in recent weeks, though they held back from heavy-handed curbs like the ban on profits at tutoring companies in late July.

The country’s top technology regulator warned companies in the sector Monday against blocking links to rival services, reaffirming Beijing’s order for online giants from Tencent to ByteDance Ltd. to dismantle walls around their platforms.

“In general, I think recent policies have become softer, since they do not have dramatic impact on those companies’ fundamentals,” said Steven Leung, an executive director at UOB Kay Hian (Hong Kong) Ltd. “Still, it’s not helping the market confidence to restore.”

The Hang Seng Tech gauge is down 22% so far this year, though it rebounded about 12% from an August low.