Opinion: Is Green Hydrogen the Perfect Fuel for Decarbonization? 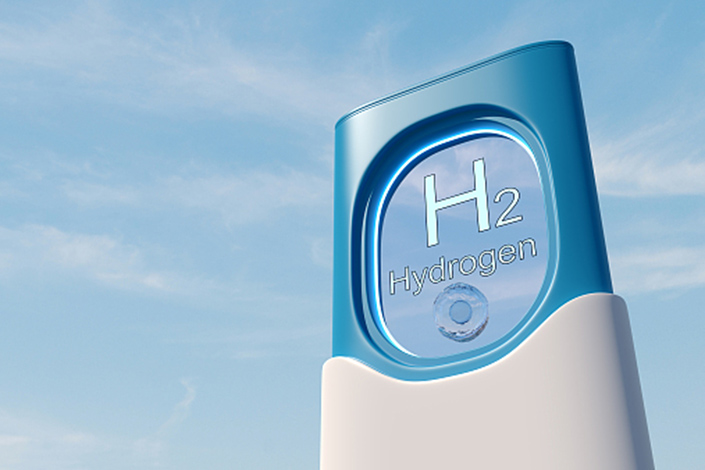 If the production of hydrogen can itself be decarbonized, this will open up numerous opportunities for its use. Photo: VCG

Green and blue hydrogen are central to decarbonization strategies in Asia-Pacific, Europe and North America. So, what makes hydrogen a potentially perfect fuel for decarbonization? What role can hydrogen play when the world is pursuing electrification? When can low-carbon hydrogen reach parity with traditional fuels? And why will hydrogen development differ so much from one country to the next?

Given that the only major by-product of combusting hydrogen is water and heat, hydrogen could in many senses be considered the perfect fuel to help decarbonize the planet. Today, hydrogen applications are mostly limited to the chemical industry (ammonia and methanol) and refining.

Future applications will include power generation, a storage medium for electricity, fuel for heavy trucks, chemical feedstock, a reduction agent in the production of iron from iron ore and blending into gas grids for residential and commercial buildings.

Many of these are areas where electrification could have limitations. For example, in most countries EV batteries look to be more effective for passenger vehicles while hydrogen fuel cells look more efficient for heavy trucks. Also, hydrogen direct iron reduction and the production of ammonia are not electrical processes, so expanding the use of low carbon hydrogen appears to be the most likely route to decarbonizing these industries.

The technology already exists to pursue all of these applications. However, there is one problem – most methods of producing hydrogen are themselves carbon emitting (so-called "grey" hydrogen), because it is sourced from fossil fuels (mostly from natural gas with the exception of China, where it is majority coal-based).

However, if the production of hydrogen can itself be decarbonized, this will open up numerous opportunities for its use. This is what makes the prospects for "blue" and "green" hydrogen so exciting.

Blue hydrogen is effectively traditional grey hydrogen, but with the added capacity for carbon capture and storage. Green hydrogen is obtained through an entirely different process altogether, whereby electrolyzers split water, or H2O, into its component molecules with the use of electricity. The electricity must in turn be supplied by renewable power generation like wind, solar or hydro.

In the UBS Q-Series report "Green hydrogen – production to pump – how to navigate an emerging multi-US$trn value chain?", it is estimated that in China, the cost of producing green hydrogen will drop 75% by 2030. This will be driven mostly by reductions in the cost of renewable energy as well as a decrease in the per unit cost of capex for electrolyzers (for example stacks). Furthermore, UBS sees a 25% to 30% decline in the cost of onshore hydrogen transport across multiple forms.

Taking this into account, UBS believes that in China green hydrogen fuel could reach parity in refining and chemical applications, as well as heavy trucks and busses by 2030. Steel could start to reach parity if the carbon tax exceeds US$20 per ton. Passenger vehicles, on the other hand, will fail to reach parity versus both internal combustion engines and EV batteries within the forecast period.

Fossil fuels like oil and coal have a similar model of production, processing and consumption in just about every country and region globally. In contrast, the way in which low-carbon hydrogen will be produced and consumed on a country-by-country basis can differ materially. Indeed, the development of hydrogen will not be a one-size fits all model, and in some cases it will depend on certain structural factors.

For example, whether countries can be competitive producers of blue hydrogen will largely depend not only on access to resources like natural gas, but more importantly whether the countries have access to carbon sinks that will be needed to store the CO2 captured as part of the production process. These will include for the most part depleted oil and gas fields, which is why countries like the US, Canada and Australia could be more competitive suppliers if transportation challenges are overcome.

Also, if a country is to be competitive in green hydrogen production, the local geography and weather conditions will be important. These factors will help to determine whether a country can be a surplus renewable energy producer and therefore have the surplus power to run electrolyzers.

Against this backdrop and in the context of the Asia-Pacific (APAC), countries like Australia and New Zealand are well positioned to be surplus green and blue hydrogen producers, which is why both are pursuing export strategies. Japan and Korea have limits to full penetration of renewable power generation, as they face challenges like mountainous terrain, a lack of sufficient shallow water for offshore wind turbines, and in sufficient capacity for carbon sinks. Finally, China with its significant exploitable wind and solar resources, is pursuing a fully self-sufficient model.

From an industry perspective, heavy transport (trucks, busses, mining equipment) will likely be the top driver of hydrogen demand in APAC. Decarbonizing steel and chemicals with hydrogen may be a larger consideration for China, given the size of its steel, ammonia, methanol and refining industries. Finally, in countries where renewable power generation cannot fully replace coal and natural gas, hydrogen is the likely alternative. However, the logistics of seaborne trade and supplying hydrogen at reasonable cost to importing countries will prove to be a challenge.

In the context of APAC, UBS runs four scenarios to give investors some perspective on the potential market scale for hydrogen. The four scenarios of "low penetration", "slow boil", "carbon abatement", and "transformational" peg the size of the market in the long term ranging anywhere from around 100 million tons to around 400 million tons. Moreover, UBS expects the entire value chain to reach in the trillions of US dollars.

UBS expects that China’s hydrogen industry will likely grow faster than the rest of the APAC region, with demand almost doubling by 2030. The rest of the region is likely to see demand growth kicking off after 2030.

There are a few characteristics of China’s hydrogen market that may kick-start growth. First, China plans to be fully self-sufficient so it will not need to rely on sourcing hydrogen through the complexities of seaborne trade. Second, demand for traditional uses of hydrogen is still growing in the ammonia, methanol and refining industries. Third, China's state-owned energy enterprises will use large balance sheets and cash flow to enter the hydrogen business and will likely be willing to do so at a higher point in the cost curve compared to most regional peers.

Finally, in terms of industries, UBS sees multiple sectors that could benefit, but also several others that will be challenged by the emergence of the hydrogen economy. For renewable energy, the need to power electrolyzers in APAC and globally could be yet another source of growth in the sector.

Equipment suppliers along the entire supply chain also stand to benefit given that the infrastructure investment required will be enormous. This will include everything from upstream renewable power generation equipment, electrolyzers, transportation equipment like vessels, trucks and tanks, pipelines, storage and refueling equipment, and fuel cells.

However, industries that may be forced to decarbonize due to incentives such as a carbon tax could find themselves in the crosshairs. These include industries like steel and aerospace, where any decarbonization involving low-carbon hydrogen is likely to lead to increased costs and capital commitments. They may or may not be able to pass these additional costs on to customers.

The journey will be a long one, with the world’s construction of a hydrogen economy still in its infancy. But UBS believes the current and expected trajectory of the integrated hydrogen cost curve, the embrace of blue and green hydrogen in government net zero strategies in APAC and globally, and the growing number of companies announcing hydrogen strategies of their own, all suggest the foundation is being laid for an exciting long-term future.