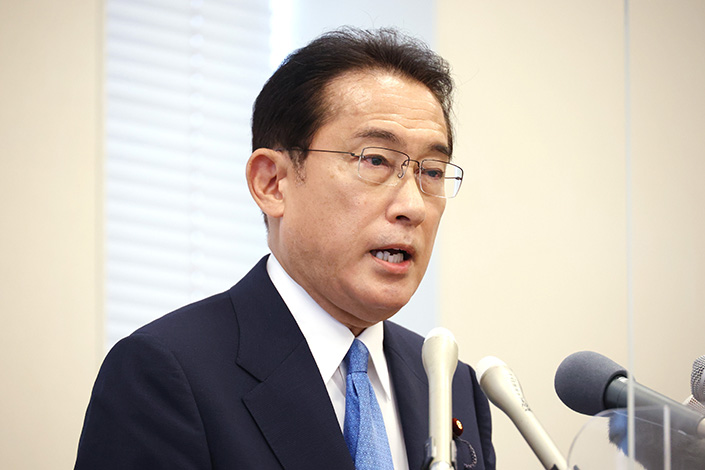 Fumio Kishida, a former Japanese foreign minister, will be formally elected as Japan’s prime minister in a parliamentary session scheduled to begin Monday.Photo: The Paper

(Nikkei Asia) — Fumio Kishida, a former foreign minister, won a four-way race to lead Japan's ruling Liberal Democratic Party on Wednesday, setting him up to succeed Yoshihide Suga as prime minister and take the party into a general election this autumn.

Kishida, 64, prevailed in the contest that went to a runoff, after none of the four candidates got a majority in the first round of voting involving the LDP's 382 lawmakers and its 1.1 million rank-and-file members. He will be formally elected as prime minister in a parliamentary session scheduled to begin on Oct. 4.

The Hiroshima-native faces the immediate challenge of helping the party win the lower house election, and an upper house poll next summer. He will be tasked with keeping the coronavirus pandemic under control, finding new areas of growth for the economy as it emerges from the health crisis, and dealing with regional security issues stemming from the rise of China.

Kishida had been groomed as potential successor during former Prime Minister Shinzo Abe's administration, serving as his foreign minister between 2012 and 2017 and LDP policy chief from 2017 to 2020.

Holding moderate views on many issues including nuclear power and foreign policy, he garnered broad support from the LDP's major factions and endorsements from party bosses.

Such backing helped him beat Taro Kono, who got more support from rank-and-file party members. Former internal affairs ministers Sanae Takaichi and Seiko Noda, both women, were eliminated in the first round.