In Challenge to Huawei, Apple Supplier Pegatron Teams Up With Microsoft on 5G 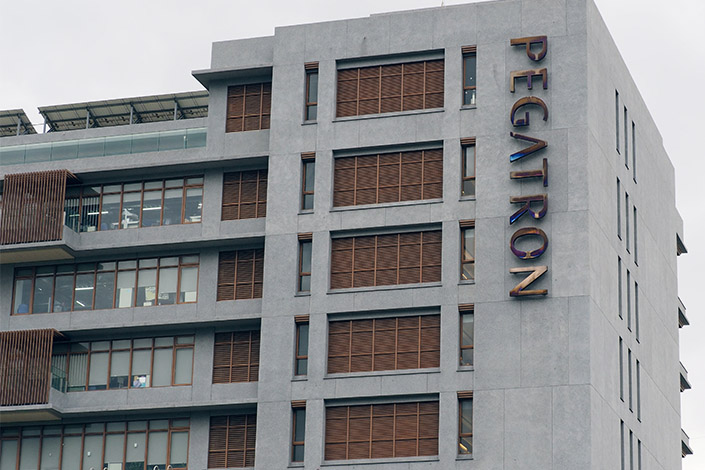 Key iPhone supplier Pegatron has invested over $36 million and hired more than 200 workers specializing in networking to support its budding 5G business, people with direct knowledge of the matter to Nikkei Asia. Photo: IC Photo

Pegatron, the second-biggest iPhone assembler after Foxconn, has been quietly betting on nascent 5G telecom technologies since late 2019, Nikkei Asia has learned, as it looks beyond Apple amid a slowing smartphone market.

“The company has been looking for new growth drivers as the smartphone industry has peaked,” said a Pegatron executive, who asked not to be named as he is not authorized to speak publicly about the business. “We see possibilities in the rising 5G market and the top management team fully supports the allocation of resources to catch these opportunities.

Compared with public networks, which are open to all users and require massive investment in physical infrastructure, private 5G wireless networks tend to be smaller, dedicated networks used in a specific location, such as a factory, hospital or farm.

Pegatron has invested over NT$1 billion ($36 million) and hired more than 200 workers specializing in networking to support its budding 5G business, said people with direct knowledge of the matter. Pegatron confirmed to Nikkei Asia that it has been investing in research and development for 5G for some time now.

Its project with Microsoft, which was announced last week, will mark the Taiwan-based company’s first 5G private network deployment after nearly three years of effort. The aim is to build mobile 5G base stations that can be used in rescue missions in extreme scenarios, such as when an earthquake knocks out normal telecom communications, according to the two companies. The base stations can connect with low-orbit satellites to enable wireless communication.

Pegatron is also using a private 5G network at its Xindian manufacturing facility in Taipei and is conducting a pilot run of a dedicated local network at a serviced apartment in Tokyo, Nikkei Asia learned, moves that could help the company demonstrate its capabilities and attract global clients.

For 4G networks, telecom equipment providers like Huawei or Ericsson Inc. bundle base stations, the core of the network, with their own RAN equipment, which allows for data transmission between the base station and end-user devices. This model leaves telecom operators with little flexibility in terms of choosing providers or customizing their networks.

But with the advent of 5G, telecom operators and even governments are pushing to establish open-access standards for RAN equipment, which would let new and smaller players enter the market.

Newcomers like Pegatron see now as the time to jump into 5G networks, as many countries are still in the early stages of building such infrastructure. Moreover, a growing number of companies are looking to install private 5G networks for data security purposes, including Taiwan Semiconductor Manufacturing Co. Ltd., the world’s biggest chipmaker.

Geopolitics are also giving the open RAN initiative a tailwind, as the U.S. aims to curb the use of Chinese suppliers in the emerging 5G network market. The Open RAN Policy Coalition founded by the U.S. government counts major American companies like Google, Microsoft and IBM as members, and has also attracted many Japanese, South Korean and Taiwan-based tech companies.

Chiu Shih-fang, a smartphone and networking analyst at the Taiwan Institute of Economic Research, said flexibility in deployment and the relatively low costs of open RAN are a big attraction for telecom operators looking to build 5G networks. In addition, many smaller U.S. operators are facing pressure from the Federal Communications Commission to remove equipment made by Huawei or ZTE Corp. within a year. The U.K. is also phasing out its use of 5G equipment provided by Huawei by 2027, giving further momentum to the development of open RAN in the market, Chiu said.

“We are seeing more European and American telecom operators, such as Vodafone, begin the pilot runs for open RAN private 5G networks in smaller-scale locations like farms this year,” Chiu told Nikkei Asia. “The trend is quite certain, as the overall market embracement for open RAN is getting stronger and is likely to extend next year and beyond, which is a good thing for newcomers like Pegatron to secure a place in the supply chains.”