Ships Arriving Late in Singapore Due to Disruptions at Other Ports 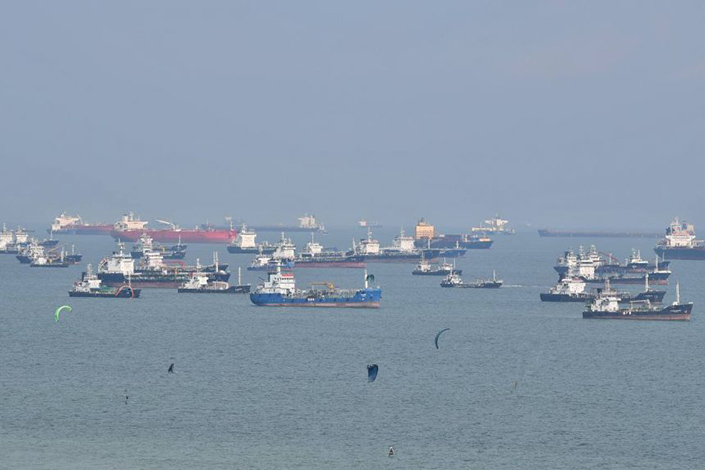 (The Straits Times) — Container vessels are continuing to arrive late at Singapore's terminals due to congestion at other ports, port operator PSA Singapore said on Wednesday.

This comes as major ports such as China's Yantian in Shenzhen and Los Angeles are seeing backlogs that are disrupting global supply chains. Containers there are piling up, waiting to be collected and taken to other destinations, or to be unloaded.

A PSA spokesman said that while its service levels to vessels “remain optimal,” the disruptions are likely to persist for the foreseeable future.

The operator is working with customers to help them catch up on their delayed schedules and fulfil cargo connections, the spokesman added.

Singapore Logistics Association Chairman Dave Ng told The Straits Times that vessels are generally waiting one to three days to dock at berths at major ports in Southeast Asia, including Singapore.

The wait is more than three days at major ports in northeastern Asia and could extend to over a week in other parts of the world. “The backlogs are slowly easing in the recent month, and have shown improvements as compared to the last few months or a year back where the wait times took up to a week at our local ports,” Ng said.

“While we hope that the delays will continue to improve ... we also anticipate the ongoing situation will continue into 2022 as the upcoming holiday season will ... intensify the challenges,” Ng said.

With Singapore being a main transshipment hub for all major destinations, these challenges have only further worsened delays, he added.

Some manufacturing firms are facing delays for shipments to and from abroad, said Singapore Manufacturing Federation President Douglas Foo.

A shipment from China that used to take two weeks to deliver is now taking two months, he noted. “This disrupts their businesses and makes it difficult for them to fulfil their orders with their customers. These delays also impacted cash flow as their goods and raw materials were held up at the ports. Members will also need to face higher freight charges,” Foo said.

Singapore has a reputation where the ships can catch up when they are delayed at other ports, he noted. “The disruption in schedule reliability would amplify the resource peaks for a port like Singapore, and that would increase the demand for the port to deliver and manage the peaks,” he said.

Foo said that manufacturers are buying more raw materials to stock up in Singapore or placing orders earlier for goods to deal with the supply chain challenges. But this means higher costs from renting bigger warehouses and also having more cash tied up in inventory.

Some are also sourcing raw materials from other markets, such as Vietnam, due to shipment delays from China, he added.

Ng pointed out that new berths for vessels at Tuas Port — the first two are set to open by the end of the year — may help to mitigate some of the challenges in the next few years.