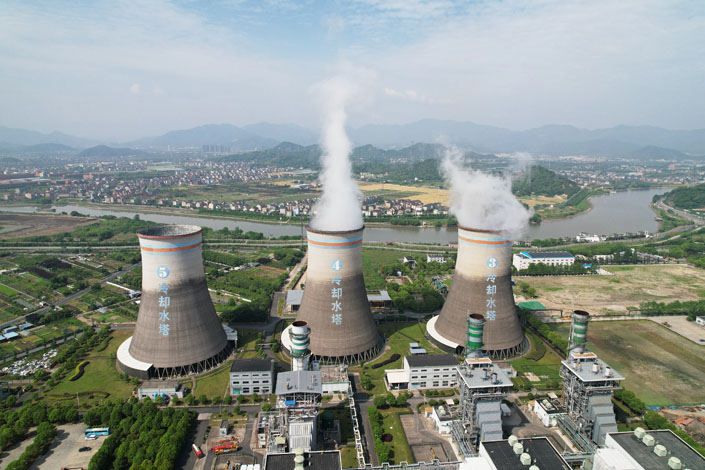 On Oct. 9, Premier Li Keqiang called for the “optimization of tiered power pricing, deepened reforms in key areas such as power transmission and distribution, and the use of market forces to pursue energy efficiency and reduce carbon emissions.” On Oct. 12, the National Development and Reform Commission issued the Notice on Further Deepening the Market-Oriented Reform of Coal-Fired Power Generation On-Grid Tariffs, which mapped out a specific pathway for reform. China, suffering from the recent power crunch, is forced to speed up reforms of how it sets electricity prices. The country needs to upgrade the power sector by relaxing controls and breaking up monopolies, letting the market play a decisive role in the allocation of resources.

Reforming the power sector, often referred to as “the last bastion of China’s planned economy,” will not be easy. The Chinese power sector is controlled by a mix of government planning and market competition, notwithstanding two rounds of reforms over the past 20 years. The most prominent problem is the distorted power price signals. The cost of coal, which amounts to nearly 70% of coal-fired power producers’ total costs, cannot be effectively passed on to their customers. The Power System Reform Plan (Policy No. 5) issued in 2002 in China established the guideline of “separating the management of power plants from that of the power grid, separating subsidiary grid systems from the main grid systems and separating the management of power transmission from that of power distribution.” However, this round of restructuring reached a deadlock in 2006, only to be suspended in 2009. In 2015, the Chinese government issued the Opinions on Further Deepening the Reform of Electric Power System (Policy No. 9), launching a new round of power reforms. These new reforms lifted restrictions on the generation and consumption of electricity and fostered a market-based environment for power plants and commercial users while the dual-track remained in effect. With the feed-in tariffs and benchmark prices of coal-fired electricity rarely changing, electricity prices can only go down, not up. There are many reasons behind the recent power crunch, which can be traced back to a flurry of policy missteps. However, the good news is that, instead of slowing down the pace of reforms like it used to, the Chinese central government has turned the power supply problem into an opportunity to advance reforms.

China’s fitful embrace of power system reforms is due to the intertwined interests in the power sector, coupled with the constraints that all levels of governments are facing in fulfilling their economic growth and livelihood objectives. Many officials believe that the current system helps anchor expectations and reduce costs for enterprises. Admittedly, the market-oriented power systems in developed countries do have their own problems, such as significant price fluctuations and redundancy in building power infrastructure such as power grids. However, you can’t have your cake and eat it too. The conflict between coal prices and electricity rates in China keeps occurring, and China’s current power shortage is considerable evidence that the country’s existing power system is on an unsustainable path. If you try to strike a balance between government control and market orientation, you will probably end up empty-handed. The government needs to push forward the market reform of the power system.

The price of electricity can be seen as an indicator determining whether or not power system reforms are effective. Since the start of the power system reforms, the electricity pricing mechanism in China has undergone constant improvement, from the benchmark coal tariffs to a more flexible system that permits prices to fluctuate in either direction from the base price. It is true that this has led to an increase in market-based transactions, but the proportion of these is still tiny in China. A significant portion of electricity is sold at fixed prices or bought by the power grids in a monopoly manner.

The latest notice has many highlights: the orderly liberalization of the on-grid tariff for all coal-fired power generation, the expansion of the range of fluctuations in market-based electricity transaction prices, the promotion of industrial and commercial users to enter the market and cancellation of the sales price of industrial and commercial catalogs. The floating band of the market-based prices for coal-fired power plants has also been expanded to a range of 20% fluctuation from a ceiling of no more than 10% and a floor of no more than 15%, whereas the electricity prices for high energy-consuming industries are not subject to these restrictions. If these policies can be put into practice, changes in electricity prices would reflect variations in electricity demand, inducing electricity consumers to change their behavior in a more rational manner.

However, this latest progress has only been a marginal improvement in the second round of power reforms. Whether the base price, still controlled by local governments, can accurately reflect market supply and demand changes is yet to be seen. The 20% floating range may seem large, but it is still not enough for power generation companies to revive their struggling business. If we look at China’s interest rate reform, it is obvious that China still has a long way to go in liberalizing electricity prices.

Next, China needs to speed up the introduction of the electricity spot, futures and forward contracts market. As all power grid companies and the leading power generation companies in China are state-owned enterprises (SOEs), power sector reforms can also be considered governance reforms of SOEs. Despite that, the central government has come up with a principle of “regulating the midstream and opening up the upstream and downstream,” there are concerns that power grid companies have no transparency in their cost and receive no adequate supervision, which implies abuse of market dominance. To achieve a breakthrough in power reform, China will have to break up its power grid and allow a certain degree of redundant construction. The experience of developed countries has shown that natural monopoly and energy security should not be excuses for the power grid to guard its monopoly.

Electricity is a commodity that can also be seen as a public good. Many officials grow skittish when it comes to power reforms and thus often overemphasize electricity as a public good. Indeed, electricity prices for residents, agriculture and public welfare undertakings are different from those for industrial and commercial users. Therefore, the existing pricing scheme remains unchanged. Governments need to play a more proactive role in these areas, and there is little doubt that they have the ability to do so. However, the overall process of electricity reform should not be held up by some particular parties.

Power reform does not stand alone and is related to the transformation of industrial structure and energy mix and China’s “dual carbon” goals. In recent years, the country has continued to reduce coal-fired output, curb overproduction and impose restrictions on imports. As a result, excessive government intervention persists in the so-called market-oriented coal prices. China is struggling with severe shortages of electricity and coal, which indicated that a “one-size-fits-all” strategy, or a campaign-based approach, may be practical in the short term, but can have unpredictable consequences in the long term. The only long-term solution is to deepen market-oriented reforms in the energy sector while accelerating the development of new and renewable energy. Many stakeholders are participating in the electricity market; therefore, when designing the reform scheme, policymakers should enable all parties to compete. This is the only way to develop reliable electricity prices that reflect each party’s interests and function as signals. Therefore, China needs to speed up reforms and wave goodbye to its dual-track power pricing system. This move will reshape its upstream sectors and promote high-quality growth. Compared with the government persuading coal power plants to keep supplying electricity, this is a far more effective way to secure energy security.