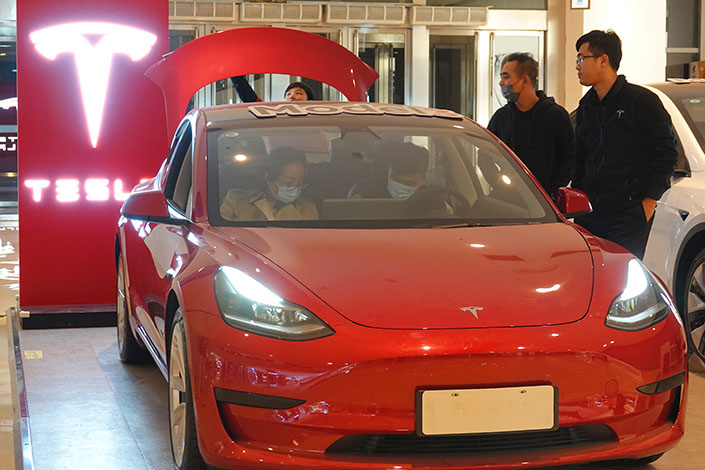 For the three months ended September, Tesla reported $1.62 billion in profit, an all-time high, and more than quadrupled the $331 million in the same period last year. It registered $13.76 billion in revenue, up 57% from a year earlier, which is also a record for the American electric carmaker.

But the revenue and profit records were not easily earned amid a global chip shortage and other logistics challenges.

“A variety of challenges, including semiconductor shortages, congestion at ports, and rolling blackouts, have been impacting our ability to keep factories running at full speed,” the company said in an earnings release.

Power shortages in China caused by a transition to clean energy, strong industrial demand and high commodity prices, have halted production at numerous factories including suppliers since late September.

However, Tesla still has China to thank for the record-beating quarter, as the country has been fueling both demand and production.

The company does not break down deliveries by country. But according to data from the China Passenger Car Association (CPCA), 133,238 vehicles were shipped from Tesla’s Shanghai Gigafactory in the July to September quarter, including 59,579 units for export and 73,659 were sold domestically.

During its annual shareholder meeting this month, Tesla revealed that in terms of output, its Fremont, California factory had been overtaken by its Shanghai plant during the September quarter.

“For all of Q3, China remained our main export hub,” the company said in Wednesday’s earnings release. “Production has ramped well in China, and we are driving improvements to increase the production rate further.”

The company set a new China sales record in September with 52,153 vehicles sold in the country, according to CPCA.

Thanks to the China boost, Tesla delivered 241,300 vehicles globally in the July to September quarter, up 73% from a year earlier, despite “global supply chain and logistics challenges,” the company said.

“The increase in production rate has primarily been driven by further ramping of the Model Y at our Shanghai factory,” Tesla’s chief financial office Zach Kirkhorn said on an earnings call with analysts.

The Shanghai Gigafactory has also helped Tesla achieve a 30.5% gross margin on the automotive business, a new record for the company, thanks in part to lower labor and other operating costs in China.

“This benefit primarily comes from higher [production] volumes, particularly out of the Shanghai factory,” Kirkhorn added.

Tesla CEO Elon Musk was not on the earnings call Wednesday. He previously announced he will not attend quarterly calls any more unless there is “something really important” that he needs to say.