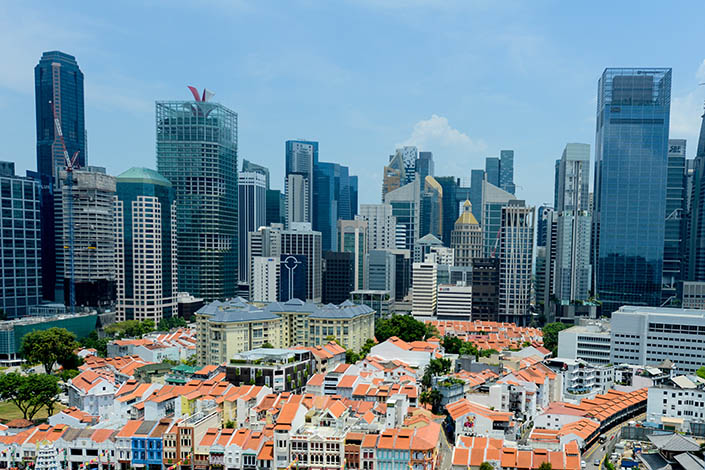 In Southeast Asia, 19 startups saw an increase in valuation to above $1 billion in 2021. Photo: VCG

(The Straits Times) — More startups in Southeast Asia have attained unicorn status — valuations of $1 billion or more — in the past couple of years, driven by factors such as robust funding from the private equity markets and rising middle class.

In 2021 alone, 19 startups in the region saw an increase in valuation to above $1 billion, according to a report on ASEAN startups by Credit Suisse earlier this month.

Among recent additions to the Republic’s list of unicorns are used car marketplace Carro and logistics firm Ninja Van.

Credit Suisse’s list excludes startups that are in the process of public listing, such as super app Grab, which is headquartered in Singapore.

About a quarter of Southeast Asian unicorns are in the fintech space and 20% are in e-commerce, followed by logistics (11%) and diversified Internet/technology (8%).

Most of the unicorns have a consumer-led business model, with very few in the business-to-business space.

The report highlighted that while private equity deals have outweighed public market funding for startups in the region, this could soon change. Markets are assigning high values to ASEAN tech, it said.

The report attributed robust growth in the number of ASEAN unicorns to several reasons: demographics, expanding middle class, increase in smartphone and data usage, as well as growth in private equity capital.

It noted that some of the ASEAN-6 countries — Indonesia, Malaysia, the Philippines, Singapore, Thailand and Vietnam — have among the youngest demographics in the world, which means that the region is likely to be more willing to adopt new technologies.

The rising middle class is linked to the consistent increase in gross domestic product per capita over the last decade.

A large amount of private equity activity has historically centered on Singapore and Indonesia, although Malaysia and Vietnam have also seen higher activity recently, the report highlighted.

Singapore is generally viewed as a favorable place for raising capital, due to reasons such as its high levels of corporate governance.

Quest Ventures partner Jeffrey Seah told The Straits Times that a startup’s valuation is derived from factors such as its capabilities and accessibility of its products.

He noted instances when startups have raised funds at a lower valuation compared with a previous funding round.

This was seen for some firms last year, when their sales projections did not materialize or when expansion did not go as planned.

“The Covid-19 pandemic exacerbated this occurrence across the Southeast Asia markets,” Seah added.

Credit Suisse’s report noted how Covid-19 has positively impacted several sectors, such as fintech and e-commerce.

For example, the pandemic has accelerated the adoption and migration to digital channels for financial services and these trends are expected to remain in the longer term given greater convenience and lower costs to consumers, it said.

Governments in the region have rolled out policies and initiatives to promote digital payments, with the intentions of boosting non-cash usage and financial inclusion.

Alumni of successful startups and tech companies are emerging as founders of new startups, the report added.

“Consequently, a virtuous cycle may ensue, where increased growth will lead to greater investment and further development of the ecosystem that will in turn produce more company founders or co-founders or chief executives in Southeast Asia.”