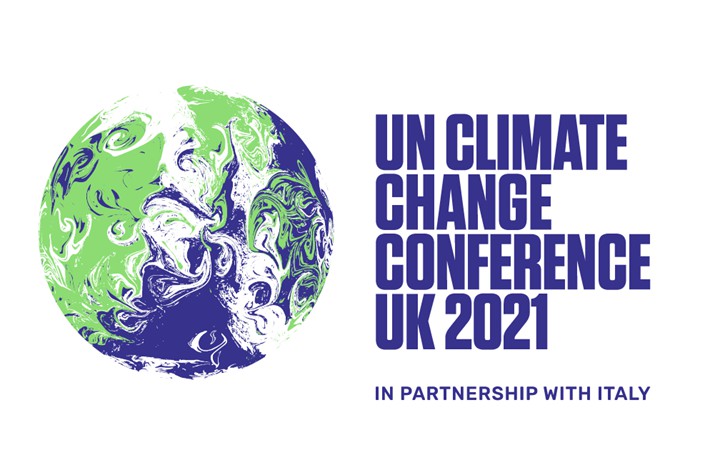 The United Kingdom and China this year are hosting United Nations meetings on global climate change, known as COP26, and biodiversity, known as COP15. Global leaders and participants are coming together to discuss how to tackle these challenges as we near the end of the second year in the decisive decade for our planet.

We face a challenging future. The risks from climate change continue to escalate, and so does the cost of inaction. Those risks will not be confined just to our environment; they will affect our economies and our financial systems too. That is why in recent years the Bank of England, the People’s Bank of China (PBOC) and other central banks and financial regulators around the world have been working together to improve our collective understanding of these risks and how we should respond.

Climate change does not stop at national borders. Its effects are already being felt across all geographies and sectors of the global economy. The latest U.N. Intergovernmental Panel on Climate Change (IPCC) report released this summer states that “it is unequivocal human influence has warmed the atmosphere.” The consequences of this have never been clearer. This year alone we have seen several extreme weather events that scientists say were more severe and more likely because of human-induced climate change.

Just like households and companies, our planet also runs on a budget. This “carbon budget” tells us the amount of carbon dioxide — the main greenhouse gas causing climate change — that we can emit without surpassing the limit on the rise in global average temperatures consistent with the 2015 Paris Agreement on climate change. If emissions stayed at current levels, this carbon budget would be used up within eight years from today. We therefore need to reduce global emissions to net-zero to meet the goals set by the Paris agreement.

Climate change brings economic and financial risks. These are created through two key channels —physical risks and transition risks. Physical risks arise from the long-term effects of global warming (such as rise in sea levels) and increased severity and frequency of climate and weather-related events (such as floods and wildfires). These physical risks can damage property and other infrastructure, disrupt business supply chains, impact agricultural output, reduce productivity and more broadly lead to loss of life and migration. This can in turn reduce asset values, result in lower profitability for companies, damage public finances and increase the cost of settling underwriting losses for insurers. As an example, one study found that the impact of human-induced climate change on sea-level rise led to $8.1 billion of additional damages and 71,000 additional people being affected by Hurricane Sandy, which hit the east coast of the United States in 2012.

Transition risks arise from changes in government policy, technology and consumer preferences as we transition to a net-zero emissions economy. The extent of these risks will depend on whether we act early enough to ensure a smooth and orderly transition, in which case the risks would be lower, or leave it until too late, in which case there would be a sharp, disorderly transition bringing with it more severe risks.

Such risks can prompt a reassessment of a wide range of asset values. For example, as some carbon-intensive activities such as crude oil extraction become unrealizable due to transition policies, the energy assets can become stranded. One estimate suggests that more than $1 trillion of such assets could be at risk of becoming stranded if some traditional energy companies continue to pursue business-as-usual investment. These risks can also affect the income and creditworthiness of some borrowers. In turn, this will entail potential credit losses for lenders and market losses for investors.

However, the transition to net-zero emissions also presents huge opportunities for the global economy, jobs and the financial sector, for example from investments in renewable energy, carbon-neutral transportation and improving the energy efficiency of buildings.

Meeting climate goals requires an unprecedented structural shift in the economy. The U.K. has committed to achieving net-zero greenhouse gas emissions by 2050. China has committed to its 30/60 goal of peak carbon emissions by 2030 and carbon neutrality by 2060. To achieve these outcomes, everything about how we produce and consume goods and services will need to change — greening the way we generate electricity, heat buildings, manufacture industrial goods like steel and cement, fuel transport and produce food. Particular policy choices will vary among countries, but the scale of the challenge is formidable across all geographies.

This will not be easy. We have limited time to implement plans to meet these goals, and the resulting structural shifts will bring consequences. A disorderly transition, where climate policies are more abruptly introduced later in the horizon to compensate for a slow start, could result in lower growth with impacts on consumption and investment. However, an early and orderly transition could boost the economy through the revitalization of capital to support a greener economy and the subsequent increase in productivity. The central banks and supervisors Network for Greening the Financial System (NGFS) identified international policy coordination as an important component of an orderly transition as it would ensure that policy would be efficient and avoid carbon leakage.

In either case, the expected economic costs of inaction are likely to be more severe than any costs we face as a result of transition policies. Under current climate policies around the world, which are insufficient to reach net-zero emissions, analysis by the NGFS suggests that as much as 13% of global GDP would be at risk by the end of this century from higher temperatures and changes in precipitation, even before accounting for the potential consequences of rising sea levels and climate tipping points.

While the responsibility and primary levers to drive the transition sit with governments, central banks and financial regulators are taking action to build resilience in the financial system to the risks from climate change and are assessing the implications climate change may have for the macroeconomy and the conduct of monetary policy.

The Bank of England has established a broad climate work program that draws on the best practices central banks are sharing with each other through the NGFS. We have worked closely with the PBOC on these complex issues.

At the level of individual businesses, at the Bank of England we have set supervisory expectations for banks and insurance companies to enhance their approaches to managing the financial risks from climate change — an important step in embedding climate risks into our regulatory approach. We have seen significant progress in recent years, but there remains much to be done. We have also launched a climate scenario exercise, or stress test, to assess the resilience of individual banks, insurers and the wider financial system to different climate scenarios over a 30-year period.

A key dependency for financial enterprises to manage their climate-related financial risks well, for investors to allocate capital in a climate efficient way and for policymakers to design effective climate policies is the public disclosure of climate-related information by companies. The Bank of England has been working alongside the U.K. government to support the rollout of mandatory climate disclosure requirements across the economy by 2025, in line with the Task Force on Climate-related Financial Disclosures (TCFD) framework. These disclosures must be underpinned by comprehensive, comparable and high-quality data to be useful for decision-making. Initiatives in the U.K., China and around the world to bridge climate data gaps by promoting the disclosure of climate information could help provide financial companies, investors and other stakeholders with this decision-useful information.

Finally, we are also working to understand the implications of climate change for monetary policy, from both a macroeconomic perspective and through our own market operations. We know that both physical and transition risks will affect a range of macroeconomic variables, including energy prices and economy-wide inflation, and that different sectors and regions will be affected to varying degrees. The global nature of climate change will also mean that understanding spillovers between economies will be particularly important. Work is underway to improve our understanding of how these dynamics might unfold and what that could mean for our policy response.

Climate change is a global issue, which no nation can solve alone. We have shown what we can do when we work together. The Bank of England and the PBOC were founding members of the NGFS. Between 2016 and 2018 they collaborated as co-chairs of the G20 Sustainable Finance Working Group (SFWG). This year the SFWG has built on its earlier work and developed a multiyear roadmap to coordinate and galvanize international efforts on sustainable finance under the leadership of China and the U.S. as co-chairs.

We have built a solid foundation, but greater ambition and cooperation among policymakers is still needed. Crucially, we must make sure that our words and commitments turn into action, for we know inaction is our worst enemy. Governments around the world will need to set out more-detailed pathways and policies to meet climate goals. In turn, businesses and households must consider the impact climate change and transition will have on them and take prompt action to adjust. Central banks and regulators are tackling analytical challenges and embedding climate change considerations into their policymaking where relevant. The financial sector must also play its part in managing climate-related financial risks and supporting the global economy through the transition to net-zero emissions. Progress is being made on these fronts. For example, the U.N. Glasgow Financial Alliance for Net Zero (GFANZ) initiative has brought together more than 300 financial institutions from 32 countries responsible for assets in excess of $90 trillion to galvanize the financial sector into accelerating the transition.

There is still much to do. With the first session of COP15 on biodiversity having taken place this month in Kunming, China, and COP26 on climate change just around the corner in Glasgow, Scotland, we must ensure that we make the most of the momentum to raise ambition, deepen our collaboration and take credible steps towards net-zero before it is too late. U.K. and Chinese businesses and financial enterprises can play their part in supporting this outcome, simultaneously reducing risks and seizing opportunities. We must all rise to the occasion.

Andrew Bailey is the Governor of the Bank of England.

This article is part of a series of commentaries in collaboration with the British Embassy in Beijing in the run-up to the 26th U.N. Climate Change Conference of the Parties (COP26), scheduled to take place in Glasgow in November 2021.