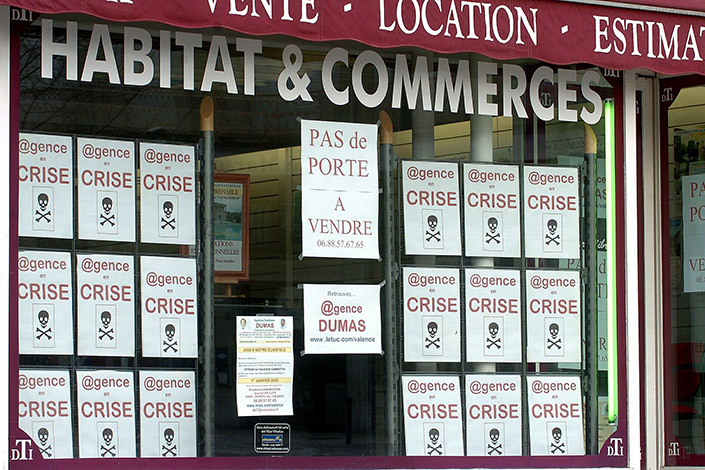 A real estate agency that closed down due to the financial crisis in January 2009 in Valance, France. Photo: VCG

What role do market expectations play in financial crises? How are the expectations formed and how do they evolve? Figuring out answers to these questions could help countries better cope with crises going forward.

Some researchers have said that media coverage intensified and exacerbated risk contagion during the 1998 Asian financial crisis. Such a theory led to the “conclusion” that if information had been effectively blocked, banks involved in that crisis could have stopped panicking and the crisis could have been brought under control. However, this thought just reflects naivety shaped by the mentality of a planned economy. Andrew Sheng, a distinguished fellow at the University of Hong Kong, concluded that the crisis originated from the overseas expansion of Japanese capital after Japan’s economic bubble burst. Japanese capital’s subsequent withdrawal from Southeast Asian countries exposed shortcomings in their banking sector that their governments were incapable of managing, providing Western speculators with the opportunity to impact their monetary systems.