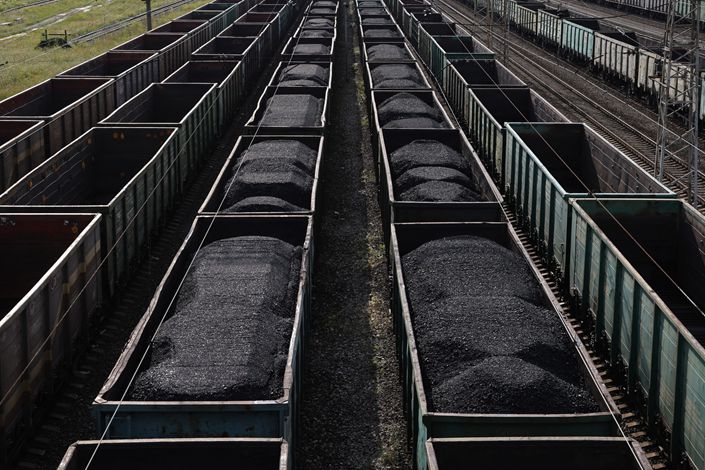 (Bloomberg) — China’s overseas purchases of coal nearly doubled in October from a year ago as the government leaned on importers to help ease a nationwide power shortage caused in large part by a shortage of the fuel.

However, imports of nearly 27 million tons were still 18% below the annual high reached in September — and at their weakest since May — after Beijing boosted efforts to raise domestic production of China’s mainstay fuel. Coal imports for the first 10 months of 2021 were less than 2% higher than last year.

Among other energy products, natural gas purchases in October also rose from last year’s level, but fell below 10 million tons for the first time since July. Gas imports over the first 10 months of 2021 are still running 22% ahead of last year’s pace. Crude imports plunged to a three-year low.

The month’s first batch of import data released on Sunday didn’t break out totals for thermal coal, used by power plants, and the coking coal used by steel mills. Subsequent releases could show that total imports fell from September due more to weaker demand from the steel industry, which is slashing production to meet output caps set by the government.

The effort to raise coal imports is just one element of a many-pronged intervention by the government that has successfully brought down prices from record levels. As well as inducing more domestic supply, Beijing has also cracked down on speculation and hoarding, allowed electricity rates to rise, and persuaded miners to impose price caps.

As a result, only a handful of provinces in China are still contending with major power outages, although the likelihood of a chillier-than-usual winter could quickly heap more pressure on a market that typically sees its worst shortfalls in January. Still, domestic price curbs could make imports less economical running into the winter, according to a note from Citigroup Inc. last month.

China’s success in delivering an adequate supply of power isn’t entirely clear cut, based on the latest factory activity data. While a slowdown in manufacturing output suggests that the need for electricity in coming months will be far less acute than earlier in the year, it may also show that efforts to boost power supplies still aren’t sufficient to support robust economic growth.

Among other commodities imports, iron ore volumes fell from September due to less steel production, while copper imports rose slightly. On an annual basis, purchases of both have fallen from last year as the economy slowed.

Soybean imports fell after Hurricane Ida blasted through America’s busiest agricultural port and disrupted U.S. exports. The shutdown of some Chinese soy processing plants in late September as part of the widespread curbs on power consumption have also dented demand.