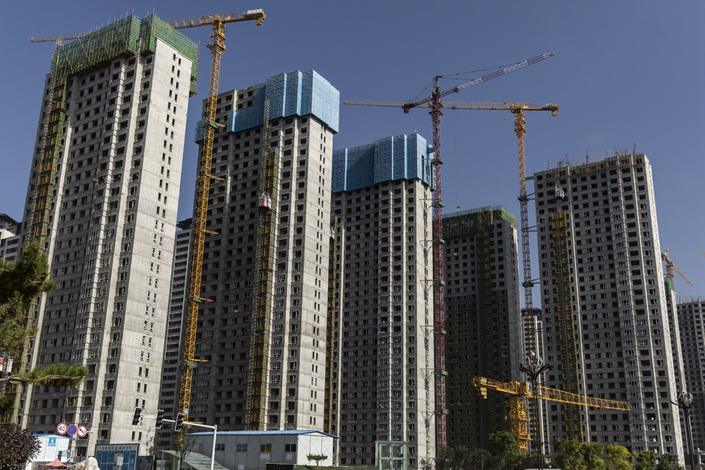 (Bloomberg) — LIM Advisors, one of Asia’s oldest hedge funds, is picking up distressed bonds of Chinese developers as the fallout from China Evergrande Group deepens.

George Long, the firm’s founder and chief investment officer, said LIM has been snapping up a “little bit” of such debt but is staying away from bonds of Evergrande because of its complex structure with both offshore and onshore securities and risks that can’t be gleaned from the balance sheet.

“We’re looking very closely at buying some other distressed Chinese property companies,” he said, declining to give names. “It’s going be a great opportunity.”

LIM, founded in 1995, isn’t the only one wading into a scenario that the U.S. Federal Reserve has warned could have broader implications also outside China. Beijing is easing up on some measures designed to cools the housing market even as officials have said that risks from Evergrande are under control. Among others, Goldman Sachs Asset Management has been snapping up Chinese real estate amid a sharp selloff that saw a Bloomberg index of Chinese junk-rated dollar bonds plunge about 17% since the beginning of September.

Long doesn’t expect the Chinese government to bail out Evergrande, but says it has an interest in ensuring the property market is stable. “They don’t want to have these units where people have made a deposit and the developer goes bust,” he said.

Chinese junk dollar bonds posted their biggest gain in 20 months last week following signals that measures to ease property sector distress are on the way. On Tuesday, the rally took a pause as some investors pared risk, according to traders.

The bets come amid warnings from prominent investors that China’s broad crackdown on its biggest technology companies, after-school tutoring firms and others has made it impossible to invest in the country. Long disagrees with this view, arguing there are still spots of opportunity.

Shorting the market has also become prohibitive, with banks charging 5% to 6% to lend out high-yield bonds and with risks that counterparties will reclaim debt amid a volatile environment. “It’s quite dangerous to short high-yield bonds,” he said.

The LIM Opportunistic Fund III — which holds its Chinese distressed bonds — is up 17.2% year to date through September, on a net of fee basis, according to Long. The firm launched a convertible bond fund for China in April, a long-only fund seeded with $16 million of its own money. It has so far returned 19.04%, he said.

LIM has also posted strong returns in two other funds. They bought distressed ships a few years ago and are now benefiting from rising shipping prices and charter rates. The first fund, which holds two container ships, is up 113% this year through end October, and the second fund, which owns five bulk carriers, has returned 184% for the same period, Long said.

But like other smaller funds in Hong Kong, LIM has struggled during the pandemic with a shrinking asset base. Earlier this year, credit hedge-fund firm Double Haven Capital (Hong Kong) Ltd. said it would shut after nine years as the pandemic made it harder to raise capital and forced the separation of staff from their families abroad.

LIM has about $400 million under management, down from $2.5 billion at its peak, according to Long. It scaled back its direct lending last year following the departure of Peter Warbanoff, previously the head of distressed and opportunistic credit.

Michael Gibson, a senior adviser, also left at the end of 2020, according to Long. Gibson was with LIM for about 20 years, according to his LinkedIn profile.

Long said he previously tried to be a “high level” chief investment officer, partly because his largest investors wanted him to have a succession plan, but that “really didn’t work out that well.” A couple years ago, he resumed being a more active CIO and restructured the business.

“Succession is very difficult,” said Long, who has been investing in Asia for more than 40 years. “Most hedge funds either shut down or become family offices. I think I’m just going to run it for a while.”