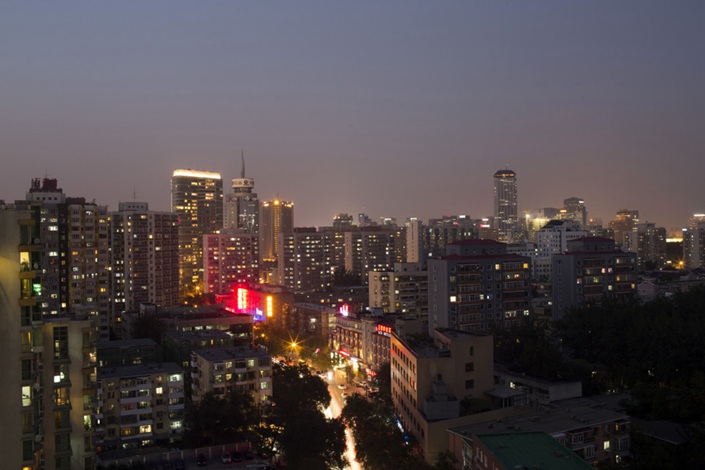 (Bloomberg) — One exchange-traded fund shows how investors are increasing bets on a rebound in Chinese property junk bonds.

Surging inflows have lifted total assets of the iShares USD Asia High Yield Bond Index ETF to $1.86 billion from $383 million at the end of August, an increase of 385%. In October alone, the fund attracted a record $773 million. Some 29% of the Singapore-listed ETF’s holdings are in real estate, including notes issued by China Evergrande Group and Sunac China Holdings Ltd.

While much of the buying was early — the ETF fell to a low on Nov. 9 — Chinese developer bonds have climbed in recent days amid signs the government is taking steps to limit contagion in the property sector. Firms including Allianz Global Investors and Axa Investment Managers say they are looking to increase their holdings, joining Goldman Sachs Asset Management and Oaktree Capital Group.

The tide may be turning for China’s property sector, said David Newman, who helps manage about $3 billion as chief investment officer for global high yield at Allianz Global Investors. “We have begun to buy a few higher quality, lower price bonds for our global portfolios, reducing a long term underweight.”

The iShares ETF rose 0.3% in early morning trading, taking its gain since its November low to about 6%. It’s still down 14% this year.

The yield on a gauge tracking Chinese dollar junk bonds has fallen to about 20% from a peak of almost 25% on Nov. 9. There’s been no defaults by developers since authorities told firms at a meeting Oct. 26 they need to meet their debt obligations. At least four companies missed payments earlier that month.

Government efforts to ease funding conditions for the nation’s property sector have focused on higher-rated firms to limit contagion spreading from weak developers. These include allowing real estate companies to resume issuance of asset-backed securities after a three-month market freeze. Authorities are fine-tuning a crackdown on the industry to avoid a systemic liquidity crunch and ensure social stability, according to bankers and regulators who’ve been briefed on the changes.

Jim Veneau, head of fixed income Asia at Axa Investment Managers, said the firm’s Asian high-yield fund has more of a focus on China property developers, though repositioning back into risk will be done cautiously and gradually.

“The risk levels readjust almost daily depending on asset sale developments and policy clarifications, this is a tricky balance as derisking can end up decapitalizing a fund,” Veneau said. His firm manages about $3.3 billion in Asian fixed income, of which around $400 million is in Asian high yield.

There’s plenty of risk still around. S&P Global Ratings said this month it expects more defaults by property firms next year, as contracting profit margins restrict cash inflows, while the credit crunch exacerbates refinancing risks. Builders also have a total of $13.4 billion of dollar bonds and the equivalent of $12.6 billion in yuan notes coming due in the first quarter, according to data compiled by Bloomberg.

Property firms are stepping up efforts to raise cash, given elevated borrowing costs continue to make refinancing via the offshore bond market prohibitively expensive. In recent days, Evergrande announced a stake divestment in HengTen Networks Group Ltd., the controlling shareholder of Sunac provided $450 million of his own funds in the form of an interest-free loan, while Country Garden Services Holdings Co. unveiled its second share placement in six months.

“We are hopeful that the [liquidity] disruption can be remedied by the restoration of normalized access to financing,” said Siow. Real estate firms are “doing the right thing which is asset disposals, project sales; and shareholders are putting money back into the company via rights issues and shareholder loans,” he said.